Americo Michael Minotti
recently let me know of a new Pteranodon skull in his collection that he considered the largest Pteranodon skull yet discovered (Figs. 1-3). Discovered by fossil collector David Tanking, within the Niobrara formation at Gove Co. Kansas and was added to the private collection of  Stanley Davis. Mr. Davis introduced the skull to Dr. Bennett, Associate professor at Fort Hays State University, who did an onsite detailed analysis of it. According to the reports of Davis and Tanking, Dr. Bennett stated that the skull had significant scientific value and was the largest and most complete sample of the species he had ever seen.

Sometime after the senescence of this animal, both cranial and mandibular sections of the skull may have sunk together in a nose-down position causing the rostrum to be splintered on impact with the sea floor and the tip of the mandible lost. The post-crania, a primary food source, was likely scattered by scavengers, etc. 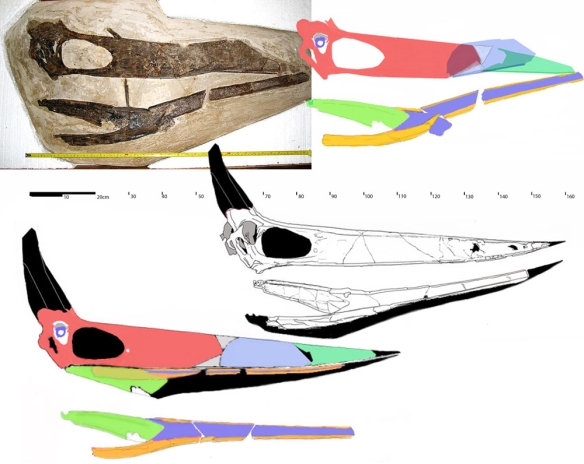 Figure 1. Tanking-Davis Pteranodon in situ and with parts traced out and restored. The rostrum indicates a probable shorter rostrum, but the mandible does not taper as quickly as would be expected for the relatively short rostrum in a conventional linear digression model. It is conceivable that the distal maxillary and mandibular beaks may have therefore taken a less conventional configuration in this specimen. Crest and ventral mandible are restored. The two gray maxillary triangles were retrieved from deeper matrix. Click to enlarge. Photos courtesy of A. M. Minotti.

The rostrum indicates a possible shorter rostrum, but the mandible does not taper as quickly as would be required for that short rostrum. In Pteranodon the rostrum extends beyond the mandible. In Nyctosaurus just the opposite.

The reconstructed specimen (Fig. 3) appears to be largely complete, lacking only the crest and the rostral tooth (an empty space remains at the root) and the mandible tip. 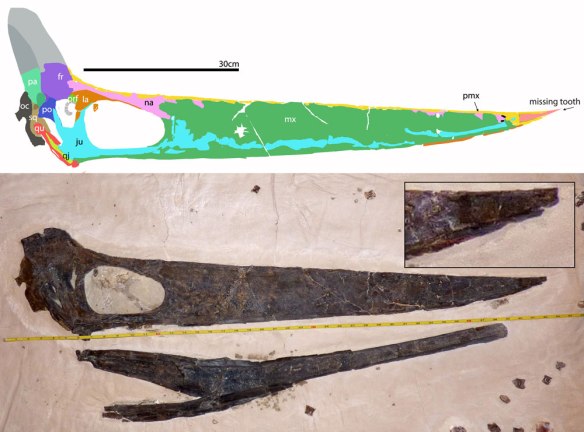 The size of the skull, the type of taper in the rostrum, the small size of the orbit, and the placement of the anterior most portion of the crest just superior to the orbit all suggest that this specimen is most closely related to the UALVP 24238 specimen, but distinct. Note that in the UALVP 24238 specimen (Fig. 3, specimen z) the orbit is slightly higher relative to the dorsal crest margin and the Tanking-David specimen locates the orbit below this margin. The orbit is also slightly larger in the Tanking-Davis specimen. The  USNM 12167 specimen (specimen w) is also similar. 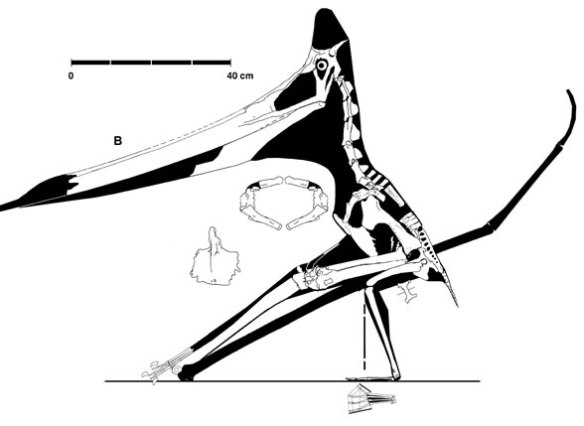 Figure 4. The UALVP specimen of Pteranodon. Note the lack of taper in the rostrum along with the small size of the orbit. UALVP 24238 (Dawndraco kanzai according to Kellner 2010)

With regard to females vs. males,
I still don’t see any male/female pairings here, and certainly none associated with pelves. The deep pelvis formerly attributed to a female Pteranodon actually belongs to a rare giant Nyctosaurus, as discussed here earlier.

Missing anterior tooth?
We looked at that subject earlier here.