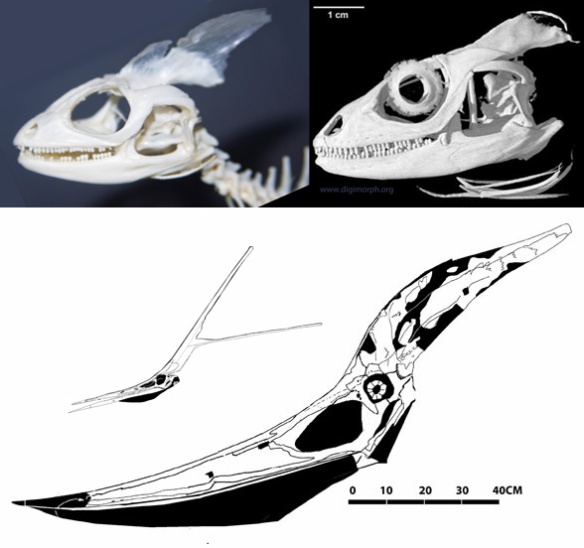 Among squamates
crests are few. Trioceros (Fig. 2) has a vertical parietal crest. Other squamates related to Basiliscus and Corytophanes have similar crests.

Several pterosaur lepidosaurs had vertical crests.
Many were independently created. Others further extended the smaller crests of more primitive ancestors. So far as the data will take us, crests are only phylogenetic in size and shape. We have evidence for maturity level in crest shape and size, after all, it would be very difficult to tuck a long or large parietal crest into an eggshell.

On a side matter,
what sort of elongated egg shape might contain the extremely elongated rostrum of Moganopterus (Fig. 2)?? I’m willing to suspect that this pterosaur, perhaps uniquely, elongated the rostrum during ontogeny. But then Pterodaustro did not do so, so who knows?

The pterosaur Hamipterus might give us a tentative clue as to gender identity in nasal crests, but it’s not a certainty at present. 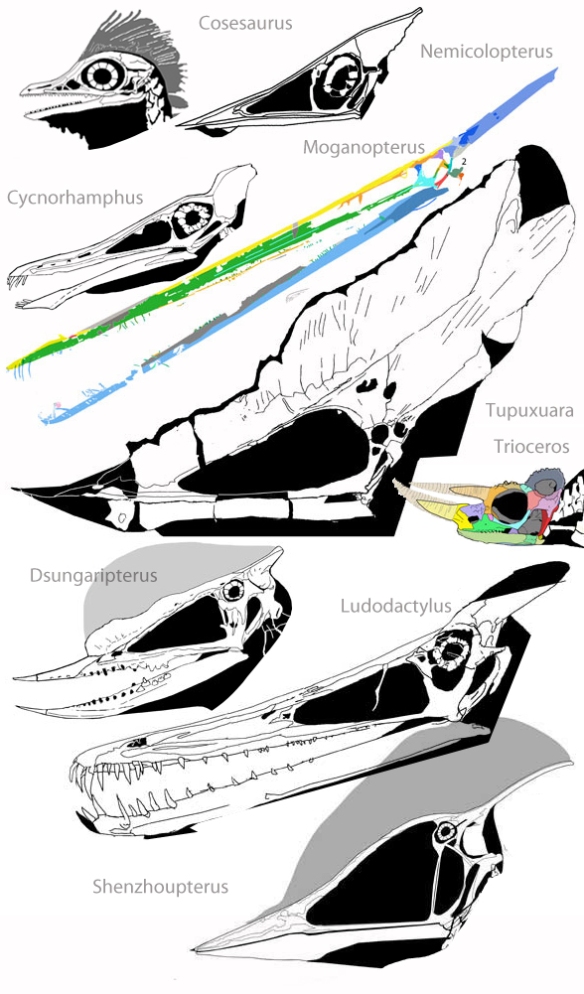 Figure 2. Parietal crests on other lepidosaurs, including several often unrelated pterosaurs. The crest of Cosesaurus is soft, unossified and no close relatives have an ossified crest. Not to scale.

Parietal crests on archosauromorphs
are not impossible to find, but they are rare. You can find parietal crests on certain plesiosaurs, like Pistosaurus, Trinacromerum (Fig. 3) and Brachauchenius. They would have been hidden by jaw muscles in life.

Figure 3. The plesiosaur Trinacromerum has a parietal crest, but it was laterally packed with jaw muscles.

Likewise
on certain ichthyosaurs like Shonisaurus, Cymbospondylus and Phalarodon + Contectopalatus (Fig. 4). As in the plesiosaurs (above) these crests served as anchors for powerful jaw muscles. 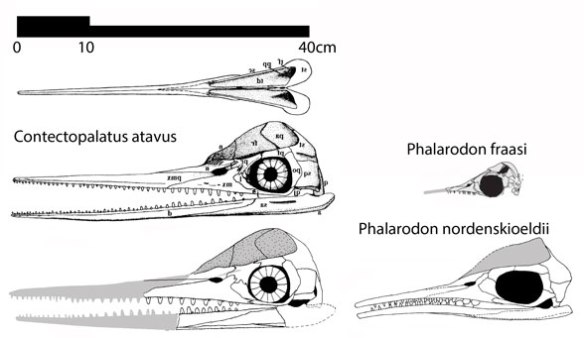 Figure 4. Phalarodon and Contectopalatus are ichthyosaurs with a parietal crest, likewise laterally hidden in vivo with large jaw muscles.

The crests on hadrosaurs and certain theropods, including cassowaries, are enlarged nasals. I never thought this would add even a mote of evidence to the pterosaurs are lepidosaurs argument, but it does add one little mote, just as the longest cervicals are found in tanystropheids and azhdarchids. Coincidence? Or a genetic wild card?

Figure 5. Macrochelys (Macroclemys) skull colorized. Most workers label the bone above the curled quadrate as a squamosal, but here it is considered a supratemporal, which has horns in basal turtles. This skull shows a minimum of occiput invagination.

Some turtles develop a crest
that is largely created by embayment of the occipital plate of the skull and the narrow portion is chiefly formed by the supra occipital (Fig. 5).

Parietal crest development
in lepidosaurs appears to be largely for species identification and/or secondary sexual selection. In pterosaurs, since they travel at airspeeds in which streamlining and aerodynamics play a large part, crest size and shape must follow those restrictions and head turning would tend to yaw the pterosaur, but not the basilisk.