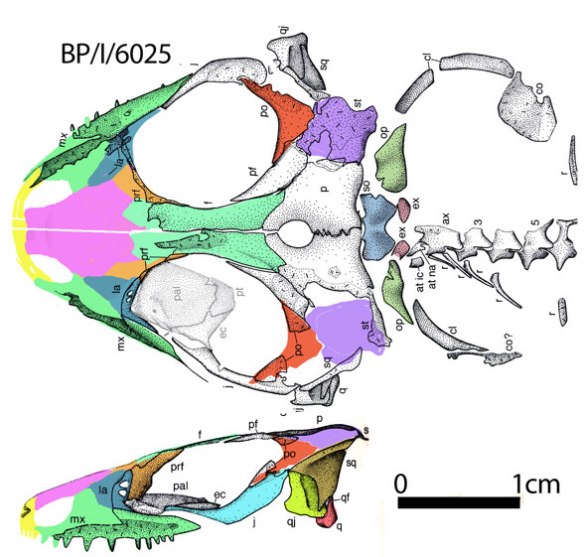 The missing parts of the skull
can be restored using phylogenetic bracketing after phylogenetic analysis. In the large reptile tree Saurodektes nests at the base of the Owenetta clade, between the Nyctiphruretus and Barasaurus clades.

Procolophonomorpha?
No. All of these taxa nest far from Procolophon and kin, which nest with Diadectes and kin.

Lepidosauriformes?
Almost. These taxa were ancestral to Paliguana and the Lepidosauriformes, which gave rise to all living lizards and a host of extinct relatives, including pterosaurs.