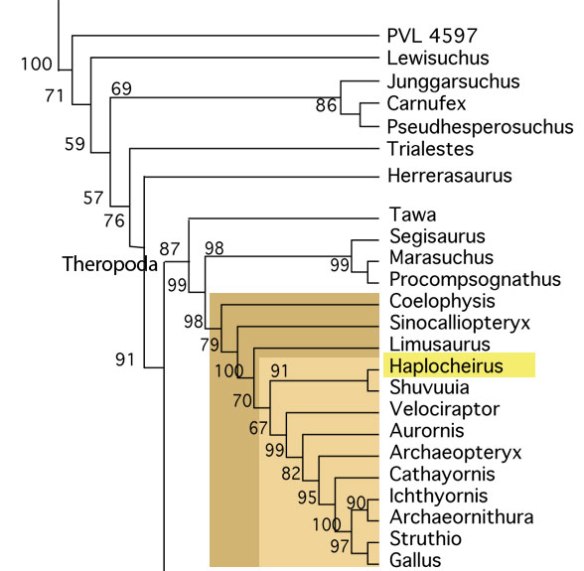 Figure 1. Theropods in the large reptile tree. Haplocheirus is highlighted in yellow. 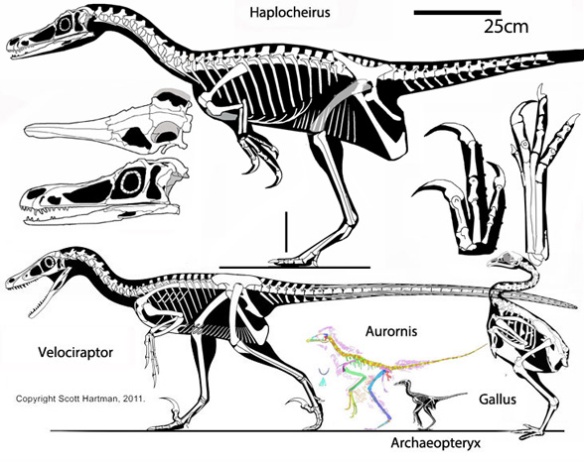 Figure 1. Haplocheirus sollers traced from several photos. This specimen is 15 million years older than Archaeopteryx and tens of million years older than dromaeosaurs and alvarezsarids. Click to enlarge. Note the robust pedal digit 2 and manual digit 1.Haplocheirus sollers (Choiniere et al. 2010 Late Jurassic, 150 mya, 2m long) is a a theropod dinosaur from the Jurassic that nests at the base of the alvarezsaurids (including Mononykus and Shuvuuia) and also basal to the Cretaceous dromaeosaurids (including Velociraptor), ~and~ basal to Jurassic proto-birds (including Aurornis, Fig. 2).

Despite the obvious similarities
to Velociraptor, Haplocheirus is treated only as a basal alvarezsauroid in Wikipedia. Certainly manual digit 1 is more robust in Haplocheirus, as in alvarezsaurids. But just as certainly, pedal digit 2 is more robust with a ginglymoid (pulley-shaped) joint (Fig. 1), as in dromaeosaurids (deinonychosaurs). 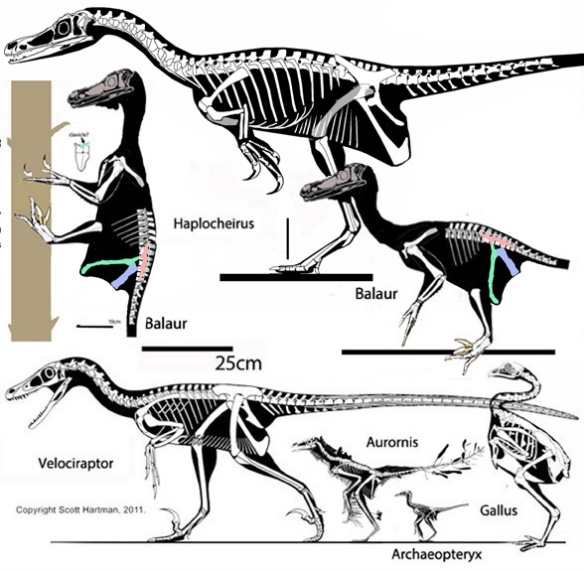 Figure 5. Balaur (in vertical and horizontal configurations) compared to Haplocheirus and Velociraptor, Aurornis, Archaeopteryx and Gallus. Balaur nests with Velociraptor in the large reptile tree.

Phylogenetic bracketing indicates that Haplocheirus was covered with primitive feathers. The present tree (Fig. 2) is similar to that of other prior dinosaur cladograms.