Adding
the horned turtle, Meiolania (Owen 1882, 1888), to the large reptile tree (still not updated) was the key to realizing that Elginia (Newton 1893), which is known from a skull likewise festooned with spikes and horns, is an unrecognized turtle with teeth. These two represent a clade separate from the main turtle clade, which includes Odontochelys, Proganochelys and Chelonia, the living green sea turtle. 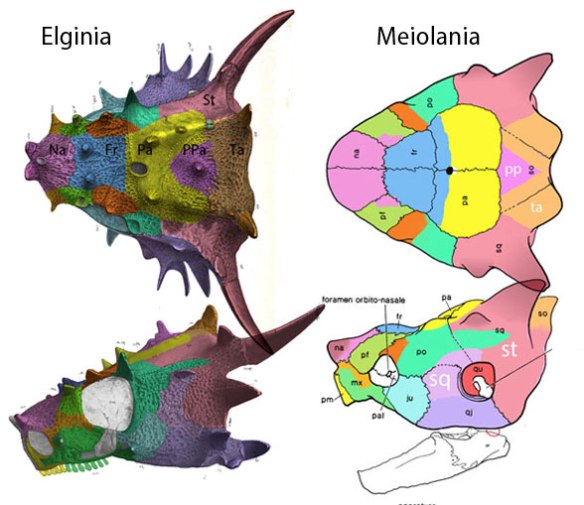 Elginia was long considered an odd sort of pareiasaur, a close outgroup to the turtles. Evidently, like Clark Kent and Superman, these two have never been tested together in phylogenetic analysis. Same old story retold again.

We’ll look at the details over the next few blog posts.