They’re largely ignored, typically crushed and often incomplete. They’re taxa at the base of the Therapsida and they’re worth another look.

Earlier we found anomodonts (here restricted to dicynodonts and dromasaurs) to be a basal offshoot clade of the Therapsida, derived from a sister to tiny Nikkasaurus, one of the rare therapsids without canine teeth. 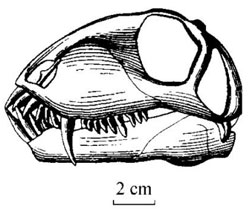 Figure 1. The traditional reconstruction of Stenocybus.

The position of Stenocybus (Cheng  and Li 1997, Fig. 1) seemed odd. There aren’t many therapsids with such a round (in lateral view) skull. A convergence with Haptodus was noted earlier. Traditional reconstructions of Stenocybus (Fig. 1) separated the lacrimal from the naris, but a new look (Fig. 2) appears to demonstrate the opposite. Stenocybus is a 3D fossil that I have not personally examined, so the final word on this specimen is still in limbo.

Figure 2. Stenocybus and a tracing of the same. Previously identified as a juvenile Sinophoneus (Kammerer 2011), this taxon does not nest with Sinophoneus. The elongated anterior dentary teeth are distinguishing traits that ally this specimen to Anomocephalus, a similar basal therapsid.  This specimen does not appear to have the typical exposed quadrate/quadratojugal of other therapsids. 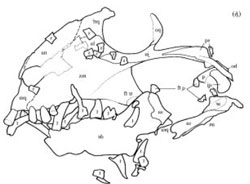 Figure 2. Anomocephalus skull with teeth replaced, no longer loose. It is apparent that the teeth ground against one another.

Anomocephalus
This anomodont (Figs. 3-4, Modesto et al. 2009) has been traditionally reconstructed with flat premaxillary teeth. And that may be true. However, I wonder if the those flat premaxillary teeth are broken? There are a few loose “tips” in this in situ tracing (Fig. 3) and several of the unbroken teeth appear to be elongated and fang-like. What if all the teeth were elongated and fang-like (Fig. 4)? This sort of reconstruction is quite similar to what we see in Stenocybus, with its elongated anterior dentary teeth and short round rostrum.

Tiarajudens
Traditionally nested with dicynodonts, Tiarajudens (Cisneros 2011) had a fang/tusk that would put any dicynodont to shame. The large crack in the skull (Fig. 5) has been traditionally considered like the Atlantic Ocean. Putting the edges back together creates a very short-faced dicynodont-like morphology. However, Tiarajudens nests with Anomocephalus, a taxon without tusks and with a longer rostrum.  Filling in the missing maxilla creates a more parsimonious reconstruction than subtracting the space.

Figure 5. Tiarajudens in situ with bones colorized. The top of the maxilla is colored green, like the rest of the maxilla, but this could be more lacrimal material. Posterior to the tusk we find pterygoid material with substantial flat teeth. As in Anomocephalus, the transverse processes of the pterygoid are rotated to the parasagittal plane. This is odd and re-identification of this material as posterior maxillary teeth would change things, but at present, the tusk is the posterior-most maxillary tooth, not the canine. Note the premaxillary teeth are not flat.

Figure 6. Tiarajudens reconstructed with a hypothetical mandible. Here the tusk represents a posterior maxillary tooth, not the canine. No sister taxa have a large canine.

The new family tree
With the separation of the dromaeosaurs and dicynodonts at the base of the Therapsida, the traditional “basal” taxon, Biarmosuchus, moves further up the tree (Fig. 7). It should be noted that most of these nestings are supported weakly, based on skull-only traits. However, it’s interesting to note that Suminia retained a long tail and disc-like phalanges at p3.2, p.4.2 and p4.3. Suminia had been allied to dicynodonts, which have a short tail and those pedal phalanges are absent. The new tree clarifies relationships. Primitive Suminia retained the primitive long tail and primitive phalangeal formula.

Figure. 7. A new tree for the Therapsida based on the new reconstructions of taxa at its base. Here all sister taxa share more traits. Stenocybus appears to be the basal therapsid and, as predicted earlier, it shares traits with Ophiacodon and Haptodus, two pelycosaurs at the base of the Therapsida.

A tree of skulls
The new tree (Fig. 7) recovers a more gradual evolution of therapsids as shown by the tree of skulls shown here (Fig. 8). The flaring of the lateral temporal arch is convergent in at least two clades.

Figure 8. Click to enlarge. A new tree of basal therapsids illustrated by skulls. More characters would refine relationships but only more taxa can provide more nesting opportunities. Shortening of the rostrum here does not indicate a juvenile trait. Neither does enlargement of the orbit.

This tree may change again as more data comes in and I learn more about therapsids. It’s an evolving project. For now it’s satisfying to see Stenocybus take a more parsimonious place, closer to more similar taxa, some with procumbent teeth, some with a large orbit, some with a short rostrum.

Modesto S, Rubidge B, and Welman J 1999. The most basal anomodont therapsid and the primacy of Gondwana in the evolution of the anomodonts. Proceedings of the Royal Society of London B 266: 331–337. PMC 1689688.