The Azhdarchoidea (Unwin 1995) is a putative clade of derived pterosaurs created to unite the Azhdarchidae (Quetzalcoatlus and kin) with the Tapejaridae (Tapejara and kin). Characters uniting taxa within this putative clade include: 1) Orbit positioned lower than dorsal rim of nasoantorbital fenestra; 2) Manual 4.2 more than a third shorter than m4.1.

Is Azhdarchoidea a Valid Clade?
The tall antorbital fenestra either unites Chaoyangopterus with Huaxiapterus (Fig. 1) or this trait developed by convergence. Manual 4.2 is indeed only 2/3 the length of m4.1 in Chaoyangopterus, but m4.2 is a bit too long (82%) in Huaxiapterus. Manual 4.2 is likewise less than 2/3 of m4.1 in the tiny pterosaur, n42. In Tapejara m4.2 is also a bit too long, but 2/3 the length of m4.1 in other tapejarids, such as Tupuxuara.

Similarities
It’s easy to see several similarities in azhdarchids and tapejarids, including the elongated metacarpus, the depth of the suborbital jugal, the depth of the mandible at mid length, and the short m4.4. Unfortunately many other distinctions separate these two taxa in the larger pterosaur tree. 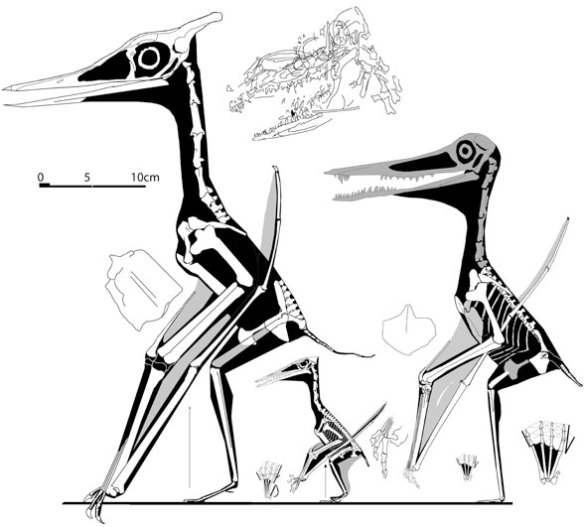 Figure 2. Left to right, Eopteranodon, Wellnhofer's No. 13 and Aurorazhdarcho, sisters that nest far from the Azhdarchidae.

A Basal Azhdarchoid?
Aurorazhdarcho (Frey, Meyer and Tischlinger 2011, Fig. 2) was promoted as the basalmost azhdarchoid. Unfortunately no phylogenetic analysis was published. Here, in the large pterosaur tree, Aurorazhdarcho nested with other stork-like pterosaurs, Eopteranodon and Eoazhdarcho, at the base of Nyctosaurus + Pteranodon, distinct from both the Tapejaridae and the Azhdarchidae.

The Benefit of a Larger Family Tree
Here again the benefit of a larger family tree permits an entire suite of traits, from head to toe, define cladistic relations. More taxa is the key to understanding, as any paleontologist will tell you, except when dealing with pterosaur relations [sarcasm]. Not sure why other paleo scientists refuse to expand their taxon list to match mine.