Holy Smok! Look at the Size of That Thing!
A recent paper on a new Late Triassic archosaur, Smok wawelski (Niedwiedzki, Sulej and Dzik 2011) left a few questions unanswered, including, “What is it?” More specifically, the abstract reported, “The skeleton (cranial and postcranial) possesses some features similar to those in theropod dinosaurs and others to those in large crocodile-line archosaurs (rauisuchians), rendering phylogenetic placement of S. wawelski difficult at this time.” With a skull length estimated at ~55 cm, and a total length estimated between five and six meters, Smok was described as the largest carnivorous archosaur in central Europe for its time: larger than any theropod dinosaur or rauisuchian of the Late Triassic/Early Jurassic. The fossils is incomplete, so some aspects can only be imagined. Even so, this specimen can be nested — if it is a given a large enough taxon inclusion set.

Figure 1. The skeleton of Smok compared to Postosuchus and other smaller archosaurs. Note the great similarity in the shape of the pelvis.

The Nesting Solution
Phylogenetic problems like these are exactly what the large reptile tree was built to do. Dropping Smok’s characters into the established matrix nested Smok with Postosuchus and Batrachotomus at the top of the Rauisuchia. I flipped the jugal around so that the putative “postorbital” process became a preorbital process. It fit better that way. 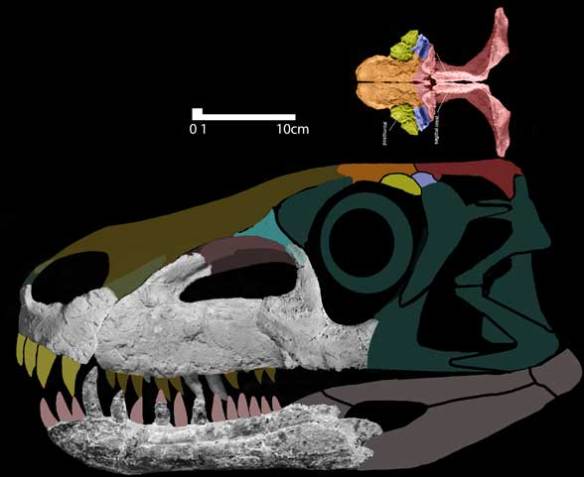 Figure 2. The skull of Smok reconstructed.

Prior Nesting Problems Based on False Paradigms
Unfortunately, recent archosaur family trees recovered by Irmis et al. (2007), Brusatte et al. (2010) and Nesbitt (2011) have ignored several important taxa, have included unrelated taxa, and, as a result, have recovered trees in which many sister taxa do not resemble one another at all. Most of these studies included pterosaurs, which are not related. Likewise the tiny biped, Lagerpeton, nested at the base of the Dinosauria in the Nesbitt study, but in the large study it nested with Tropidosuchus on a distant and separate branch unrelated to dinosaurs. The Nesbitt (2011) tree was poorly resolved with 360 recovered trees (possible solutions). It nested phytosaurs as the immediate outgroups to the Archosauria. In contrast, the large reptile tree found phytosaurs were much more distantly related to archosaurs with a convergent development of the antorbital fenestra and fossa. The Nesbitt tree nested poposaurids with rauisuchians. The large reptile tree nested poposaurids within the Dinosauria while nesting rauisuchians as the outgroup clade to the Archosauria (birds + crocs and their common ancestor). All these problems with the recent Nesbitt (2011) and similar trees just made more problems Niedwiedzki, Sulej and Dzik (2011) trying to nest Smok using those trees. No wonder they threw up their hands in frustration! By contrast, there’s no problem when Smok gets nested in a fully resolved tree in which all sister taxa actually resemble one another. That tree is found here.

The Postosuchus Connection
Like Postosuchus, in Smok the femoral head is inturned, almost like that of primitive dinosaurs.  Niedwiedzki et al. (2011) reported the supratemporal fossa extends onto the frontal, a dinosaur character, but that is an error. That area is the anterior parietal (Figure 2 in red). They reported three or more sacral vertebrae, but basal dinosaurs do not have this character and Postosuchus does. The antitrochanter (a ridge behind the pelvic joint) on the ilium is unlike that of dinosaurs and may be a result, again, of Smok’s size and configuration. They reported characters “unexpected” for rauisuchians, including paroccipital processes that are located dorsal to the occipital condyle (as in Postosuchus), a postfrontal (as in Postosuchus but misidentified by Chatterjee (1985) as the prefrontal (and Chatterjee’s “lacrimal” in dorsal view is the prefrontal), spine tables on the dorsal vertebrae, and a closed acetabulum (“closed” in much the same way as in Postosuchus.