Kynigopoulou Z et al. 2020
make another ill-fated attempt at nesting a taxon in a polyphyletic (= invalid) clade. Earlier (part of a 4-part series) the large reptile tree (LRT, subset Fig. 1) split up putative members of the Taeniodonta into several clades, making it invalid due to polyphyly.

Figure 1. Subset of the LRT labeling several traditional taeniodonts in red, indicating the traditional clade Taeniodonta is polyphyletic and should therefore be abandoned.

From the Kynigopoulou Z et al. 2020 abstract:
“Conoryctes belongs to the Taeniodonta, a group of Paleogene mammals with unique dentition, suitable for an abrasive diet, and specialized postcranial skeletons.”

No it doesn’t. There is no monophyletic clade Taeniodonta. Conoryctes (Fig. 2) nests in the LRT as a carnivorous marsupial close to Early Cretaceous Vincelestes.

Continuing from the Kynigopoulou Z et al. 2020 abstract:
“Taeniodonts are among few eutherian clades with fossil evidence indicating they crossed the Cretaceous–Paleogene mass extinction boundary. They are traditionally divided into two families: the more ‘generalist’ Conoryctidae and anatomically derived Stylinodontidae.”

“Here we report new specimens of Conoryctes from the Paleocene Nacimiento Formation of the San Juan Basin, New Mexico, U.S.A. These consist of numerous vertebrae, a pelvis, sacrum, partial forelimb and hindlimb, with phalanges and unguals, comprising the first relatively complete associated postcranium of the genus.”

Missing a TON of taxa here (Fig. 1). I wonder if these taxa were united by teeth traits? If so, don’t do that. The value of quantity (in the LRT) comes up once again. Colleagues: let’s get the overall picture right, then add details.

“We also examined the anatomy and locomotor adaptations of the hindlimb, using multivariate analysis of 11 linear pes measurements to assess foot posture. Three representative taeniodonts (Onychodectes, Conoryctes, Stylinodon) were compared to a suite of extant mammals with known postural grades of the foot, as well as eight Paleogene taxa. Onychodectes and Conoryctes exhibit a more plantigrade posture whereas Stylinodon is more digitigrade, plotting next to the aardvark (Orycteropus).”

Do these authors know the aardvark is an armor-less armadillo?  Did they include Vincelestes (Fig. 3) in their taxon list?

Continuing from the Kynigopoulou Z et al. 2020 abstract:
“Qualitatively, in Conoryctes, the astragalus features a relatively well-developed trochlear surface indicating cruropedal movement was more limited to the parasagittal plane. The articular surfaces on the astragalus and calcaneum with the navicular and cuboid respectively, show a degree of rotational movement within the middle pes suggestive of moderate supination during pedal flexion. The calcaneal tuber is robust indicative of a powerful foot stroke. These features, in combination with other features of the skeleton, support digging abilities in Conoryctes. Our study suggests that a plantigrade foot posture and digging behaviors are ancestral for Conoryctidae and perhaps all taeniodonts. It is likely their ability to burrow, and feed on tough vegetation, was essential to their survival in the early Paleocene and subsequent radiation.”

The LRT suggests you compare Conoryctes to Vincelestes, if you haven’t done so already. And add more taxa to see if your Taeniodonta remains monophyletic.

Yesterday we looked at the origin of taeniodonts, like Stylinodon. and found it nested with Mustela the mink and Phoca the seal. Other workers (Lillegraven 1969, Rook and Hunter 2013) indicated that Cimolestes (Fig.1, Late Cretaceous) was a suitable ancestor to the taeniodonts. So, let’s look at Cimolestes and compare it to related taxa. 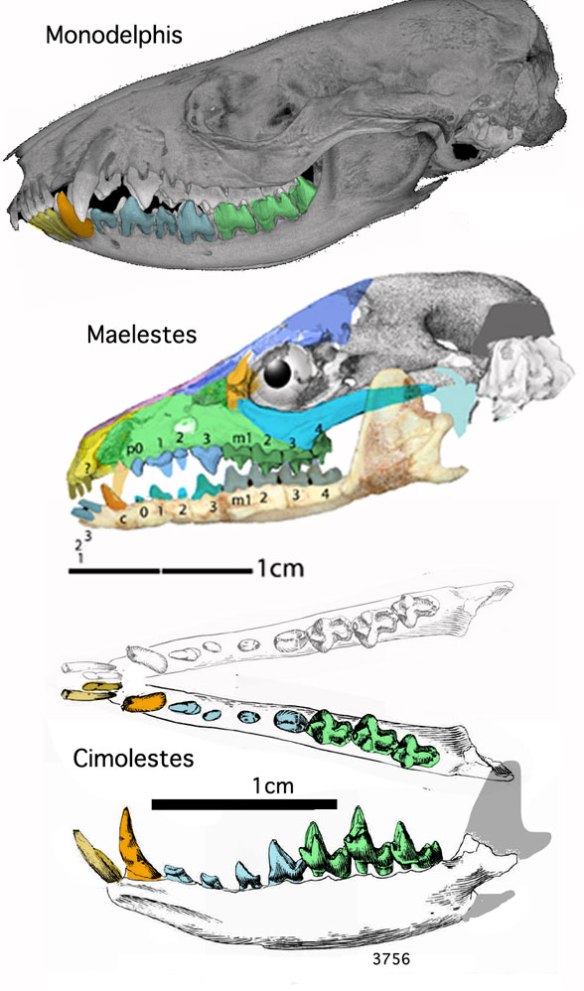 Figure 1. Cimolestes mandible from Lillegraven 1969 compared to a phylogenetically basal eutherian the marsupial without a pouch, Monodelphis, the basal tenrec, Maelestes and Cimolestes. All have a slender mandible without the anterior depth found in Stylinodon, Mustela and Martes in figure 2.

In comparison
Cimolestes is more like the basal marsupials Monodelphis and Maeilestes (Fig. 1) in having a rather slender mandible with incisors anterior to the canines. By contrast, the carnivores Martes, the martin, and Mustela (Fig. 2), and the taeniodonts, Wortmania (Fig. 3) and Stylinodon have a robust mandible, deep anteriorly with canines to the anterior and incisors between them.

Figure 2. Martes, the extant martin, and Mustela, the extant mink or polecat mandibles. Both are deeper in front, more like the taeniodont, Stylinodon. Note the number of teeth varies among these closely related taxa.

Lillegraven 1969 wrote: “A smaller carnivorous species described as new of Cimolestes probably represents a primitive stage in the development of miacids, and subsequently fissiped and pinniped carnivores.” Well, we’re all in the same ballpark and thinking along similar lines. Not sure where Cimolestes nests in the LRT yet. Not much is known of it, other than jaw fragments. 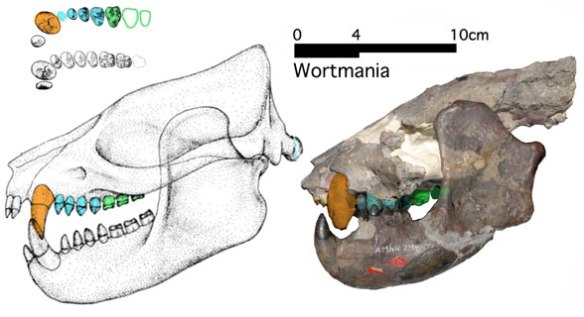 Figure 6. Wortmania as drawn freehand by Schoch compared to bones Photoshopped together.

References
Lillegraven JA 1969. Latest Cretaceous mammals of upper part of Edmonton formation of Alberta, Canada, and review of marsupial-placental dichotomy in mammalian evolution. Article 50 (Vertebrata 12) The U. of Kansas Paleontological Contributions. 122pp.
Rook DL and Hunter JP 2013. rooting around the eutherian family tree: the origin and relations of the Taeniodonta. Journal of Mammal Evolution. DOI 10.1007/s10914-013-9230-9