An aquarium favorite,
the killifish (Fundulus, Figs. 1, 3) now nests with the much larger open ocean predator, the barracuda (Sphyraena, Figs. 2, 4) in the large reptile tree (LRT, 1795+ taxa, Fig. x). This hypothesis of interrelationships appears to be a strong enough to post. Weeks-long work continues on cementing others that are fully resolved, but do not yet have high Bootstrap scores.

Figure 1. Skull of the killifish, Fundulus, from Gregory 1933. Compare to the barracuda, Sphyraena, in figure 2. 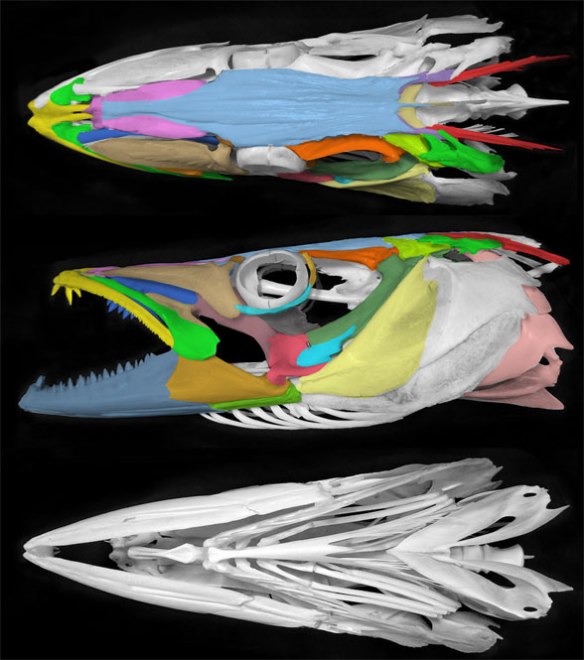 Figure 2. Skull of the barracuda, Sphyraena. Compare to the killifish, Fundulus, in figure 1.

Fundulus cingulatus
(Lacepede 1803; up to 10cm in length; Figs. 1, 3) is the extant banded topminnow an egg-laying tooth carp or killifish. Here (Fig. x) the barracuda (Fig. 4) is a close relative.

FIgure 4. Sphyraena barracuda in vivo. Note the anterior placement of the pelvic fins relative to the very long tail.

Once again, a taxon eating grandkids. Given that the cod, Gadus, is the outgroup taxon, it would appear that killifish are tiny barracuda, rather than the other way around.

I was wondering
if this is another overlooked hypothetical interrelationship. Maybe not.

Giving credit where credit it due:
‘Wraithen’, advising ‘Zeeth29’ at Fishlore.com about killifish wrote on 03.09.2018: “They are like little barracuda. Huge mouths in proportion to the girth of their bodies.”

For those interested in feedback from yesterday’s post
featuring a critical editorial by paleontologist Andrea Cau, the following exchange occurred via email yesterday and this morning.

Backstory: Cau wrote yesterday, “David Peters, has for years been proposing his own personal and idiosyncratic systematic of tetrapods, which he divulges online through his site, and which is illustrated with a large cladogram having over a thousand taxa included, but which, for today, it has never been published in the technical literature nor is it replicable in any way by third parties, since the author has never published a list of characters or a matrix. Therefore, the phylogeny proposed by Peters is not testable and therefore it is not science, but pseudoscience.”

I requested Cau’s .nex file in order to test it. That request was denied this morning. Therefore, ironically, the phylogeny proposed by Cau “is not testable” and quoting Cau himself, “therefore it is not science.” I wouldn’t call it pseudoscience. That would be inappropriate. Cau has every right to keep his .nex file secret, but he cannot say that work by others “is not replicable in any way by third parties” until he plays by the same rules.

As noted yesterday, the .nex files for the LRT have always been available by clicking on the yellow box icon on the LRT webpage.