Holbrook 1999
added Rostriamynodon (AMNH 107635, Fig. 1) to his study on perissodactyls (Fig. 3) following work by Wall and Manning 1986 who thought Rostriamynodon was a basal rhino close to Amynodon, which nests basal to horses in the large reptile tree (LRT, 1763 taxa; subset Fig. 2). 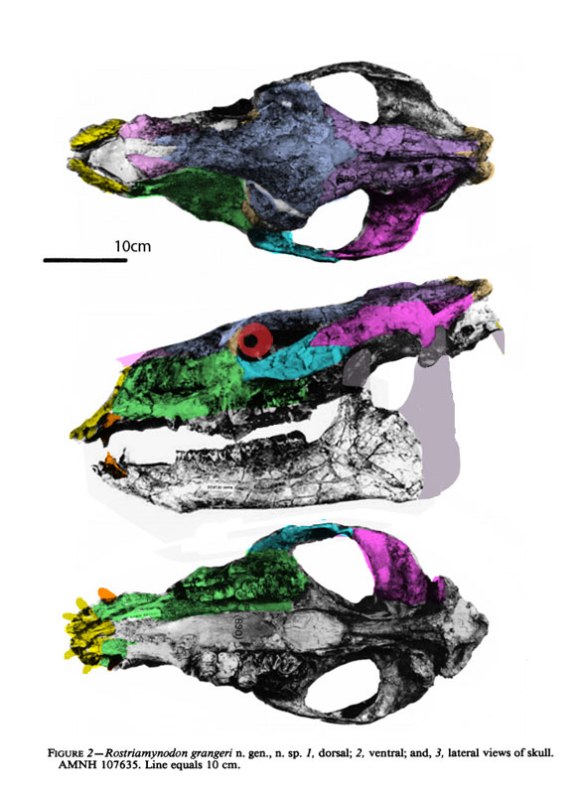 So, a bit of a taxonomic mess here.
Taxon exclusion is once again the problem. In the LRT (subset Fig. 2) Rostriamynodon nests between the traditional ‘notoungulate’ Notostylops and the elephant (Fig. 5) + manatee (Fig. 6) clade.

Figure 2. Subset of the LRT focusing on ungulates sans artiodactyls. 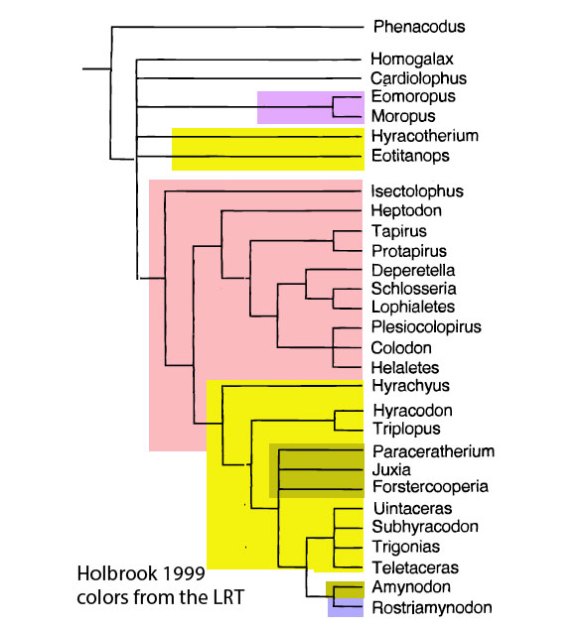 Isectolophus was also added to the LRT,
(subset Fig. 2) and it nested uncontroversially basal to Protapirus in the tapir clade in both competing studies.

Taxa in this blogpost:
Amynodon advenus (Marsh 1877; 1m in length; Oligocene-Eocene, 40-23 mya) was originally considered an aquatic rhino. Here it nests with Mesohippus. The long neck and other traits are more horse-like than rhino-like. Manual digit 5 was retained. The skull was deeper as in basal forms like Hyracotherium. 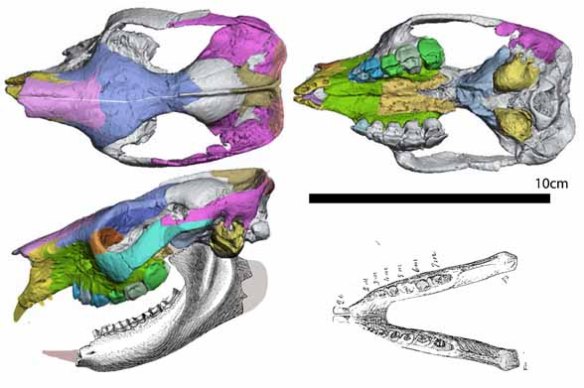 Notostylops murinis (Ameghino 1897, Riggs and Patterson 1935; 75cm in esitmated length; Eocene; FMNH-P13319; Fig. 4) is widely considered a ‘notoungulate’ a clade that has been split into several parts in the large reptile tree. Here it nests with the above specimen of Ectocion in the clade of elephants, rock hyraxes and sea cows. The jaws narrowed anteriorly. The anterior incisors were enlarged, like those of rodents. The mandible was more robust. No canines were present. The premolars were molarized

Rostriamynodon grangeri (Wall and Manning 1986; AMNH 107635; Eocene) was originally considered amynodontid rhino, but here nests between Notostylops and the elephant + siren clade. Note the splitting of the nasals and the anterior extension of the frontals along with the wide molars and the molarized premolars.

Figure 5. Skull of Elephas maximus with color overlays. Note the separation of the nasals. 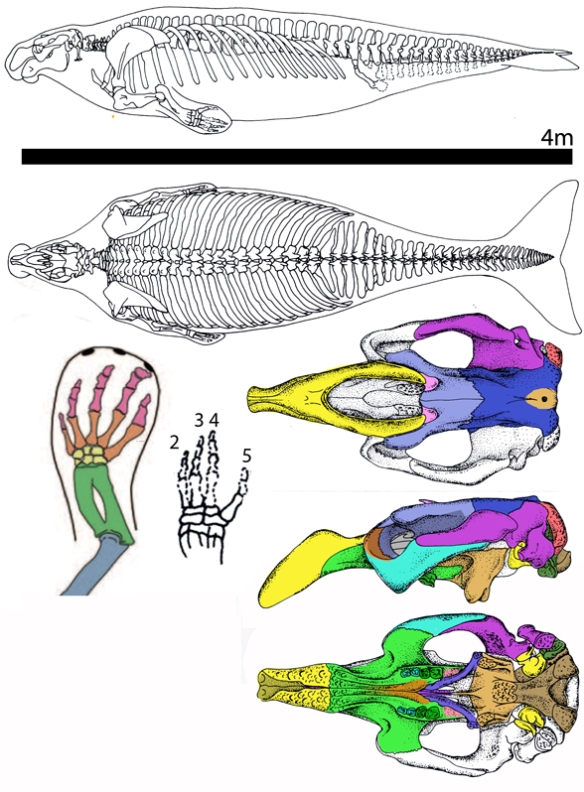 Figure 6. Dusisiren, a manatee sister has a robust tail and presumably, flukes. Note the separation of the nasals, first seen in Rostriamynodon.