Figure 1. Cowralepis was first described as a growth series.

Anapsids are actually derived armored lancelets,
filtering food with oral cavities prior to the genesis of jaws.

Figure 2. Cowralepis plate and counter plate showing the medial view of the ventral and dorsal halves of this disc-like placoderm. Red dots are resorted eyeballs.

In counterpoint,
Cowralepis and its Early to Middle Devonian allies had ancestors with jaws according to the large reptile tree (LRT, 1759+ taxa; subset Fig. x). Minjinia (Fig. 3) was originally considered a placoderm close to the shark/bony fish split. In the LRT Minjinia nests with the nearly blind phyllolepid placoderm bony fish, far from sharks.

Phyllolepid placoderms also reduce
their diphycercal tail, pelvic fins and lose  their dorsal fins as they adapt to bottom feeding again, going through a process of reversal and convergence that could be misinterpreted without a wide gamut cladogram like the LRT. 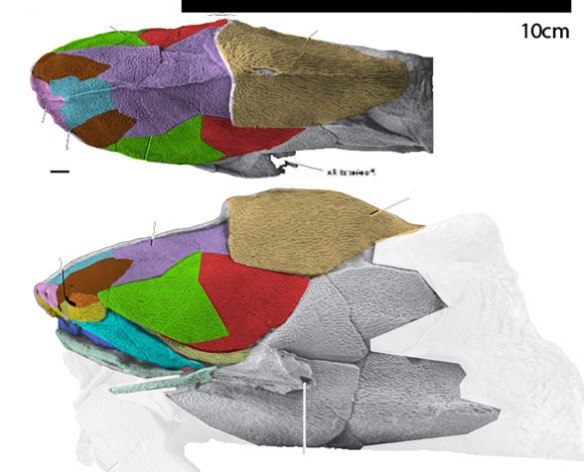 Figure 5. Entelognathus in dorsal and lateral views. This taxon also has tiny lateral eyes and is basal to the phyllolepid placoderms.

Figure x. Subset of the LRT focusing on the branch of the Osteichthys that includes placoderms and their relatives. 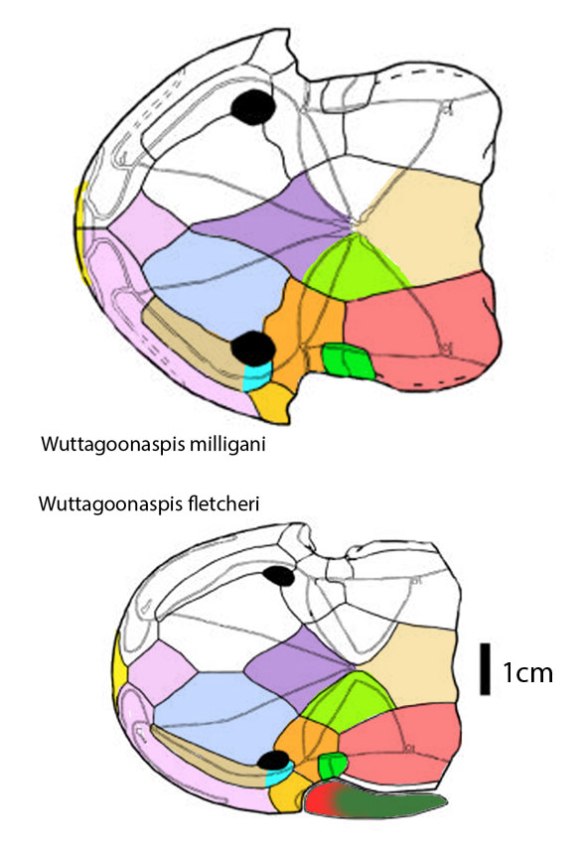 Catfish also produced a similar morphology.
Wuttagoonaspis (Fig. 6) “is a genus of primitive arthrodire placoderms from Middle Devonian Australia” according to the fish workers posting in Wikipedia. In the LRT (subset Fig. x) it nests with the walking catfish, Clarias. Expand the taxon list, let catfish in, and see for yourself where “What-a-goon-aspis” nests.