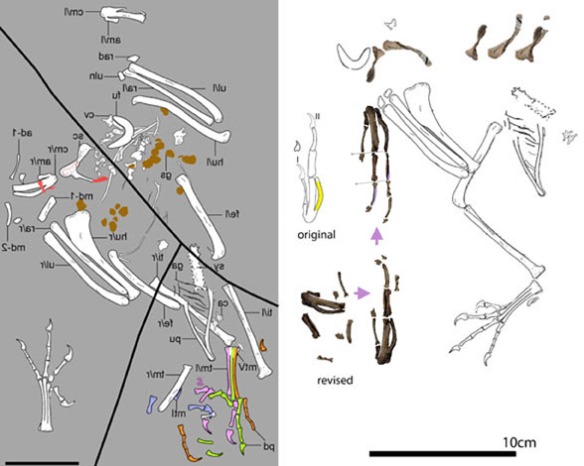 Figure 1. Chongmingia tracing from Wang et al. alongside a reconstruction of the elements. 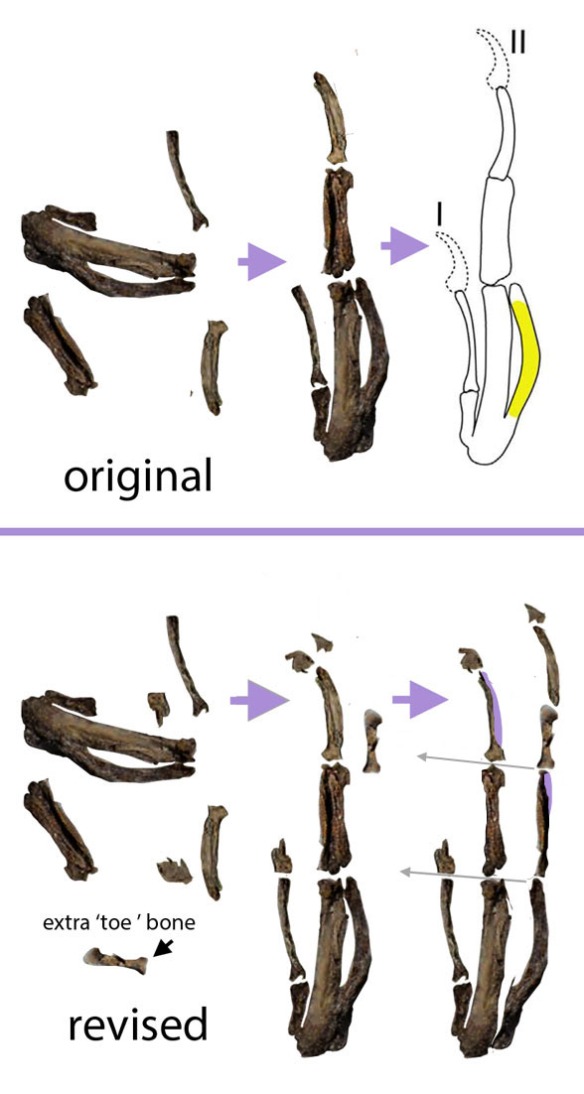 Chongmingia nests at the base of the scansoriopterygid clade
in the large reptile tree (LRT, 1752+ taxa subset Fig. 4). That clade includes Yi, Ambopteryx, Scansoriopteryx (Fig. 3) and other birds with a longer manual digit 3 than 2. That distinct, but not unique, morphology is nascent in Chongmingia (Fig. 3).

The LRT does not support this nesting, but does place Chongmingia at a basal node, within the Scansoriopterygidae between the #12 specimen (privately owned) assigned to Archaeopteryx and Mei. 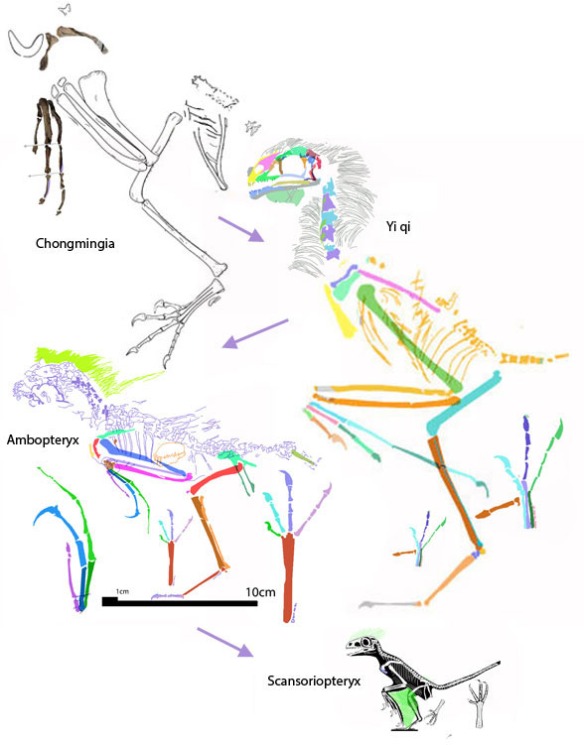 Figure 3. Ambopteryx nests midway and is phylogenetically midway between the larger Yi and the smaller Scansoriopteryx. None of these taxa have an extra long bone in the arm.

Do not overlook
the continuing fact that only three long arm bones (humerus, radius and ulna) are present in Chongmingia and other scansoriopterygid clade members (Figs. 3, 4), not four (the misidentified bat-like styliform element arising from the wrist) as other bird workers say.

Figure 4. Subset of the LRT focusing on birds. Chongmingia is highlighted in yellow in the Scansoriopterygidae.

I am still waiting for someone, anyone
to identify four long arm bones in any scansoriopterygid. So far, no one has.