Summary for those in a hurry:
Once the phylogeny of this specimen was determined (after considering all options in the LPT), the stratigraphic age of this specimen turned out to be the real surprise.

Wang et al. 2008
described a 22cm pterosaur skull exposed in palatal view (Fig. 1) from the Early Cretaceous Jiufotang Formation of Liaoning, China. Hongshanopterus lacustris (IVPP V14582) was considered a subadult individual. The robust, triangular teeth were flattened inside and out like those of other istiodactylids, but unlike other istiodactylids, the tooth row extended beyond the first third of the skull and in having some premaxillary teeth curved like sharp hooks. 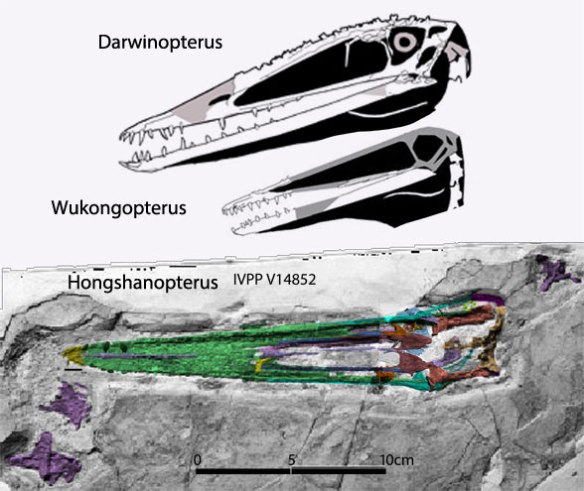 Figure 1. Hongshanopterus in situ compared to Darwinopterus and Wukongopterus. Not an istiodactylid, but a wukongipterid. Here all are shown about half life size.

Witton 2012
nested Hongshanopterus in an unresolved clade with Pteranodon, Coloborhynchus and Haopterus.

By contrast
the large pterosaur tree (LPT, 251 taxa) nested Hongshanopterus between the wukongopterids, Wukongopterus and Kupengopterus, far from any istiodactylids. It takes 5 extra steps to force fit Hongshanopterus in the base of the Istiodactylidae (and that’s using just the few characters visible in Hongshanopterus).

That makes Hongshanopterus the largest and latest surviving
wukongopterid (Fig. 2), a clade otherwise restricted to the Middle to Late Jurassic and a clade famous for having a ‘pterodactyloid’-grade skull with a more primitive long-trailed post-crania. 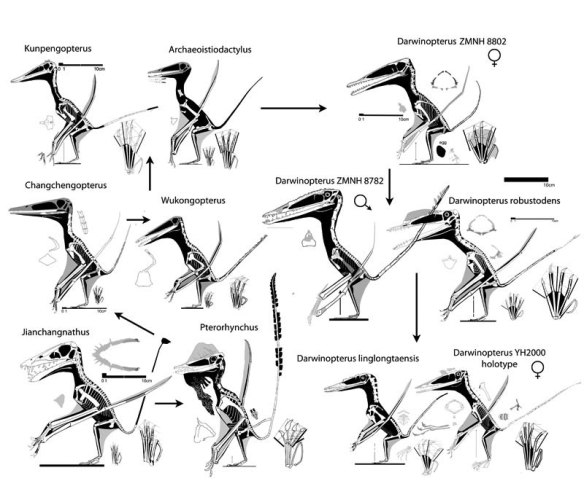 Figure 2. The five specimens of Darwinopterus to scale and in phylogenetic order preceded by six more primitive taxa. The ZMNH 8802 specimen is a female associated with an egg. The others genders shown are guesses by Lü et al. 2011a. Note the skull did not elongate, it actually shrank in the vertical dimension, probably reducing its weight. The female is crestless because it is the most primitive of the five known Darwinopterus specimens. The odds that the remaining four specimens are all males is relatively small.

A clade member,
Darwinopterus, was considered a transitional taxon leading to pterodactyloid-grade pterosaurs. Adding more taxa, as in the LPT, does not support that hypothesis. At present Darwinopterus is a terminal taxon leaving no descendants. Hongshanopterus is the only wukongopterid (so far) to make it into the Early Cretaceous… and it has the largest skull.

Figure 3. Click to enlarge. Anurognathids to scale. The adult of the IVPP embryo is 8x the size of the embryo, as in all other tested adult/embryo pairings.