Zhu 1998 brought us a peek at Early Silurian vertebrates
represented by distinctive Sinacanthus fin-spines (Fig. 1). These were variously considered acanthodian-like and shark-like. 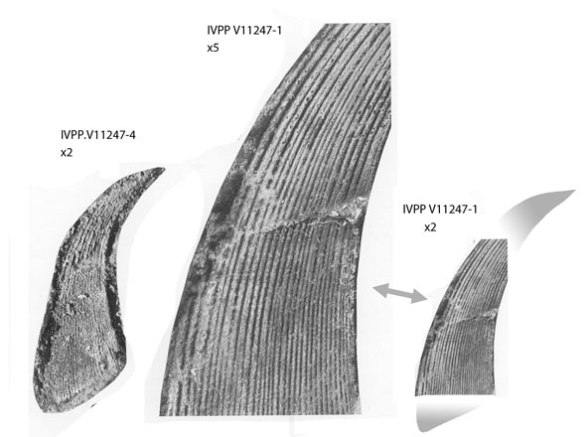 No comparable fin spines are currently
documented among the sharks and their kin at ReptileEvolution.com. So I looked at other taxa. After seeing a comparable fin spine that belonged to the Late Cretaceous bony fish, Bonnerichthys (Figs. 2, 3), I wondered if Sinacanthus was similar enough? This time I’ll let you decide because…

…there is no way
the large reptile tree (LRT, 1720+ taxa) can nest this fin alone given its present set of characters, none of which lump and split fin details.

According to (P’an 1959, 1964)
Sinacanthus wuchangensis (MG.V103a) and its relatives have fins with 15 to 50 ridges per side. Acanthodians have fewer ridges generally, which is why Zhu et al. preferred allying those fins with elasmobranchs rather than acanthodians.

Zhu documented the histology of sinacanths.
Given today’s observations, perhaps the histology of Bonnerichthys will be worth looking into and comparing it to Sinacanthus. There’s another project for a grad student!

Zhu goes on to say in their Remarks:
“Since the phylogeny of early elasmobranchs remains obscure, the diagnosis given above is more descriptive than phylogenetic.”

Actually the phylogeny of early elasmobranchs is clear in the LRT. Nevertheless, nothing quite like this fin spine has shown up yet in tested elasmobranchs,

Chronology
in the LRT Late Cretaceous Bonnerichthys phylogenetically precedes some derived Late Silurian taxa (e.g. Entelognathus, Qilinyu, Romundina and Guiyu). So maybe this chronology jump is another opportunity to explore for that grad student. 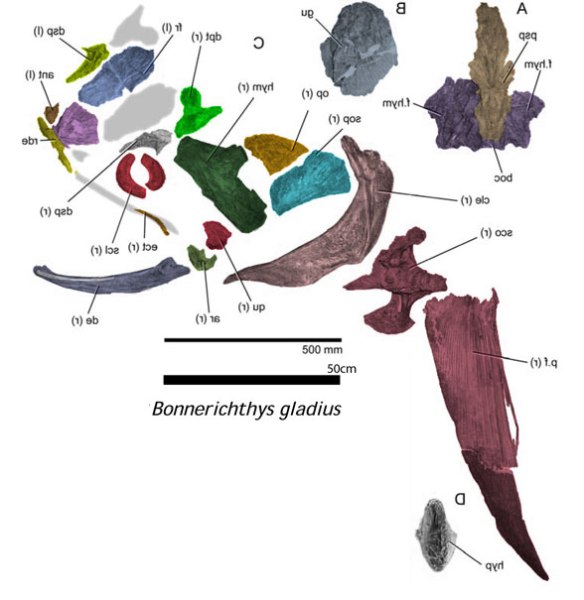 Apparently the earliest radiation of fish clades
occurred during the Ordovician. Unfortunately only a few ‘armored lancelet’ fossils, like Arandaspis, have been found in Ordovician strata so far. The LRT indicates there are more fish and more derived fish waiting to be found in that early stratum. 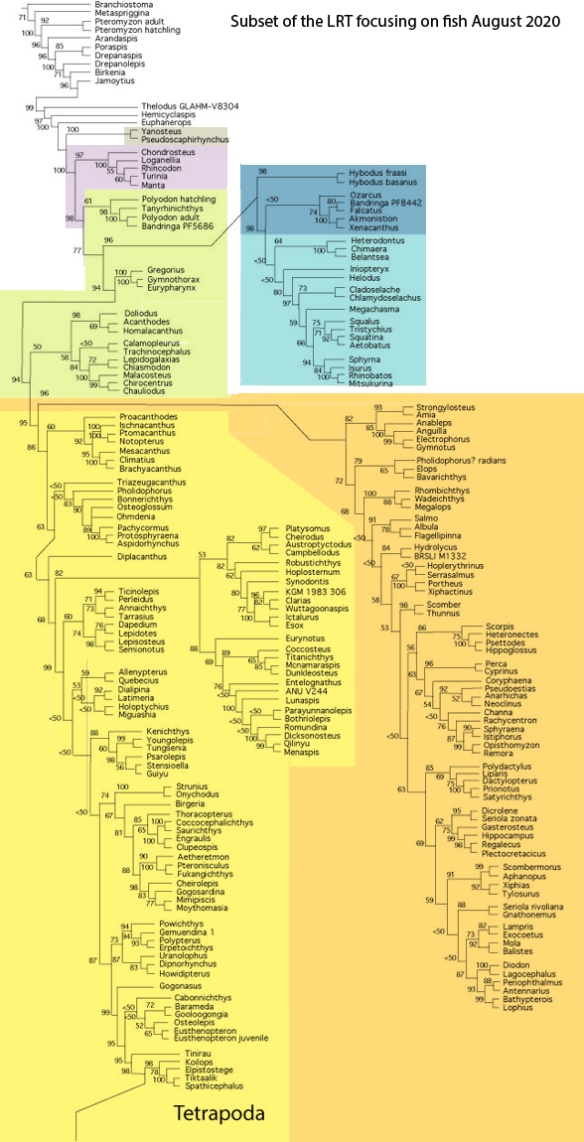 Figure x. Subset of the LRT focusing on fish. Spiny sharks are related to osteoglossiformes here.

A little housekeeping note…
the skull of Pachycormus (Figs. 4, 5) has been reviewed, overhauled and this taxon is now happier in its new home (Fig. x) with Bonnerichthys, the extant arowana, Osteoglossum (Fig. 6) and two extinct pseudo-swordfish, Protosphyraena and Aspidorhynchus.

Figure 5. Pachycormus macropterus has a new skull tracing and reconstruction. Originally I did this without template or guidance. Tinkering. Now osteoglossiformes provide a good blueprint.

These osteoglossiformes/pachcormiformes
arise from spiny sharks, a novel hypothesis of phylogenetic relationships recovered by the LRT earlier. 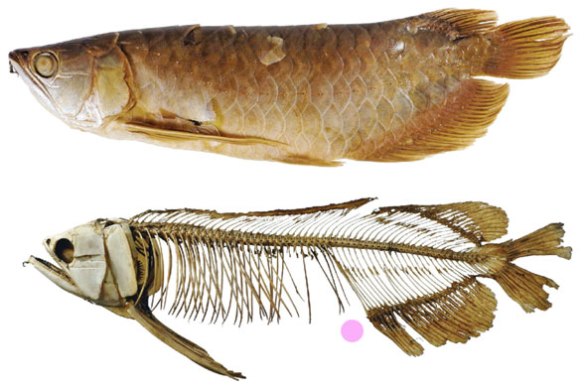 Figure 6. The arowana (Osteoglossum) an Amazon River predator has posterior pelvic fins and no mid pectoral fins in life, but the skeleton does not show that. Confusing.

This fish phylogeny recovered by the LRT,
including certain taxa not traditionally included with certain other taxa (Fig. x), is a novel hypothesis of interrelationships awaiting confirmation from an independent study with another character list, but a similar taxon list.