Sansom et al. 2010 studied and discussed
Jamoytius kerwoodi (White 1946; Early Silurian; Fig. 1) an early eel-like taxon originally considered to be the most primitive known vertebrate, then a sister to lampreys, then a sister to Euphanerops (the subject of yesterday’s post). Turns out, it is none of these.

Sansom et al write:
“The study of the anatomy of problematic organisms can be aided by the use of a methodology designed to separate topological and morphological reconstruction from anatomical interpretation and to gather as much information as possible about the preserved features through taphonomic analyses.”

Unfortunately the authors did not trace the skull bones (Fig. 1) and those of several related taxa (Figs. 3, 4) and so missed the ability to score Jamoytius more completely and accurately.

“Interpretations of paired fins remain equivocal. Analyses of the phylogenetic affinity of Jamoytius identify a sister taxon relationship with Euphanerops. This clade, the Jamoytiiformes, is a primitive group of stem-gnathostomes and does not form a clade with the Anaspida.”

By contrast, the large reptile tree (LRT, 1718+ taxa, subset Fig. 2) nests Jamoytius not with lampreys, nor with Euphanerops, but between Birkenia (Fig. 3) and Thelodus (Fig. 4), taxa ignored by Sansom et al.

Figure 1. Jamoytius photo and diagram from Sansom et al. 2020. Colors and new labels added here. Note the lack of skull bone tracings on the diagram. It looks like each gill opening has a little opercular flap. Note the new identification for the left eye. The ‘notochord’ is here a dorsal ridge, a precursor to dorsal armor.

Jamotius kerwoodi (White 1946, Sansom et al. 2010; Early Silurian; 10+cm in length) shares a tiny circular mouth and naris at the tip of its short snout with closely related taxa along with a similar set of skull bones, plus a dorsal ridge! 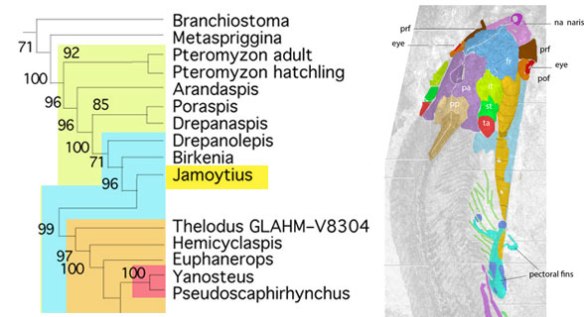 Figure 2. Subset of the LRT focusing on basal chordates and Jamoytius.

With a small circular oral cavity,
Jamoytius and its sisters could not have been open sea predators, or blood suckers, but likely scoured sea muds and lake sands for tiny buried prey, like young lancelets and This extant sturgeons. Sturgeons (Fig. 4) feed on a spectrum of small benthic prey. Larger  sturgeons are known to suck in larger prey, like salmon, into their toothless, nearly jawless oral cavity.

BTW,
these taxa are all buried deep in the human lineage. So, say ‘hello’ to your ancestors.

Paleontologists of all stripes are fond of saying,
‘first-hand examination of the fossil is essential’. Sansom et al. had several fossils to look at firsthand and did not trace skull bones (Fig. 1). As I’ve been saying for nine years, the computer monitor and a digitally scanned photo can be superior to a binocular microscope because the monitor can trace elements in color, thereby reducing the apparent chaos into discrete segregated units. That opens up a whole new world of data that can be used to confidently nest enigmatic taxa, like Jamoytius (Fig. 2).

Figure 4. Top to bottom: Thelodus a soft jawless fish with a ventral oral opening and gill slits, perhaps a hint of diamond-shaped armor laterally. Hemicyclaspis, adds extensive armor. Euphaneropsps, a late survivor of an Ordovician radiation basal to sturgeons. Acipenser, a sturgeon with a protrusible tube for a mouth and reduced armor. Chondrosteus, a fish with jaws, but no marginal teeth.

Taxon exclusion, once again.
Sansom et al. did not mention, trace and test either Birkenia (Fig. 3) or Thelodus (Fig. 4). So taxon exclusion is also an issue resolved here by the LRT using character traits originally designed for reptiles and still working in basal chordates. It’s that simple. Just add taxa and enigmas get confidently nested.