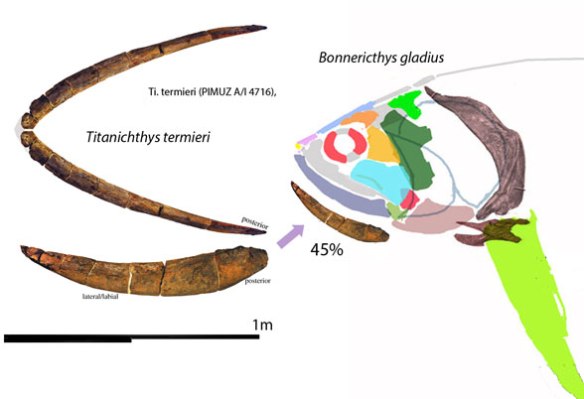 Figure 1. Mandible of purported Titanichthys from Coatham et al. 2020,  compared to scale with reconstruction of Bonnerichthys.

Coatham et al. 2020 bring us a new ‘Titanicthys‘
from Late Devonian Morocco based on a single bone: a gently curving toothless mandible (PIMUZ A/I 4716; Fig. 1). However, when that mandible is compared to a more complete Titanichthys (CMNH50319; Boyle and Ryan 2017; Figs. 2,3) similarities cannot be found. The closer match is to Bonnerichthys (Fig. 1), a late survivor from an Early Devonian radiation among tested taxa in the large reptile tree (LRT, 1694+ taxa; subset Fig. 5).

Figure 2. Titanichthys skull animated and colorized. I flipped the mandible upside down to make more sense as a bottom scraper and to match the 3D reconstruction in figure 3.

I emailed Dr. Coatham for more data
asking if more placoderm elements were found in association with the Morocco mandible.  Evidently the authors did not consider the possibility of a non-placoderm taxon, perhaps due to the great size of the specimen (Fig. 1) and its chronology.

BTW
the Bonnerichthys clade precedes the placoderm-catfish clade in the LRT.

Added moments after publication, Sam Coatham replied.
“Hi Dave, I take your point that the jaw used in the study has some disparity with the Cleveland specimens. However, there is a large degree of morphological variation even in just the jaws of the Cleveland species (detailed here: https://beforethebolide.wordpress.com/2017/06/21/how-many-species-of-titanichthys-are-there/), so I don’t know if this is enough to bring into question its status as Titanichthys. It’s interesting that you bring up Bonnerichthys, I wasn’t aware of any geographic or temporal crossover between the two. However, I believe that it has also been suggested as a suspension-feeder (Friedman et al, 2013) – it seems more likely to me that the morphological similarity is a result of convergence resulting from their shared feeding strategy. As we outline in the paper, similar jaw adaptations have been observed in numerous taxa containing giant suspension-feeders. Thanks, Sam.” 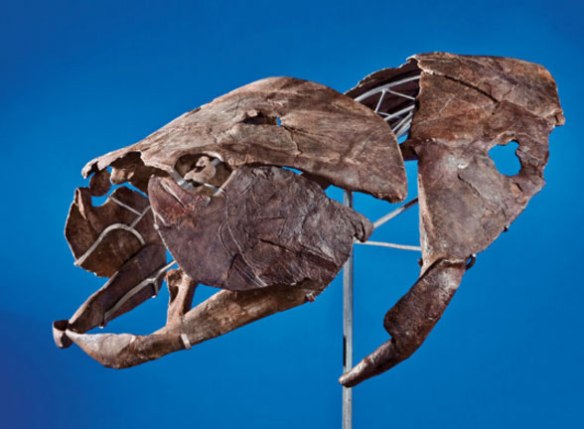 Figure 3. Titanichthys bones. Note the man bile, which is upturned anteriorly as in sister taxa. Note how the jaw tips rise and bend hard toward the midline. Compare to figure 2.

So how does that affect results from Coatham et al. 2020
who published stress tests on the ‘aberrant’ toothless mandible vs. that of the giant placoderm, Dunkleosteus? I can’t say, other than to note that none of the living relatives of Bonnerichthys, like Osteoglossum, are suspension/ plankton feeders. Instead they are opportunistic surface feeders. On the other hand, the real Titanicthys has a huge gape (larger still because the fossil is missing the large nasal bones (Figs. 2,3) that form the rostrum in sister taxa, like Coccosteus (Fig. 4) and it seems able to scoop up large amounts of whatever it wanted to. Several placoderms are bottom-feeders. So are their living relatives, the catfish.

Figure 3. Coccosteus is a placoderm that shares more traits with Kenichthys than any tested sarcopterygian.

Figure 5. Subset of the LRT focusing on catfish + placoderm clade.

Whenever the label ‘aberrant’ appears in a paper it usually means the authors have the clade misidentified. Bonnerichthys is not mentioned in the text.

From the abstract:
“The Late Devonian placoderm Titanichthys has tentatively been considered to have been a megaplanktivore, primarily due to its gigantic size and narrow, edentulous jaws while no suspension-feeding apparatus have ever been reported.  Our results, therefore, conform to the hypothesis that Titanichthys was a suspension feeder with jaws ill-suited for biting and crushing but well suited for gaping ram feeding.”

In conclusion,
the older and more complete CMNH specimen may indeed be what Coatham et al. say it is, but the new PIMUZ specimen from Morocco (Fig. 1) is not the same thing. I’ll change that assessment if more associated skull material indicates placoderm affinities.