Updated January 27, 2020
with new interpretations of Hybodus and many dozen addition taxa helping to settle Hybodus in a node basal to the basal dichotomy that splits most bony fish (see cladogram below, Fig. 3).

It should come as no surprise
that Hybodus (Figs. 1, 2) was basal to the spiny sharks (Acanthodii), but the surprise is there are several intervening taxa between these nodes. Hybodus is also transitional from chimaeras to lobefins + humans in the LRT. So this is a ‘key players’. 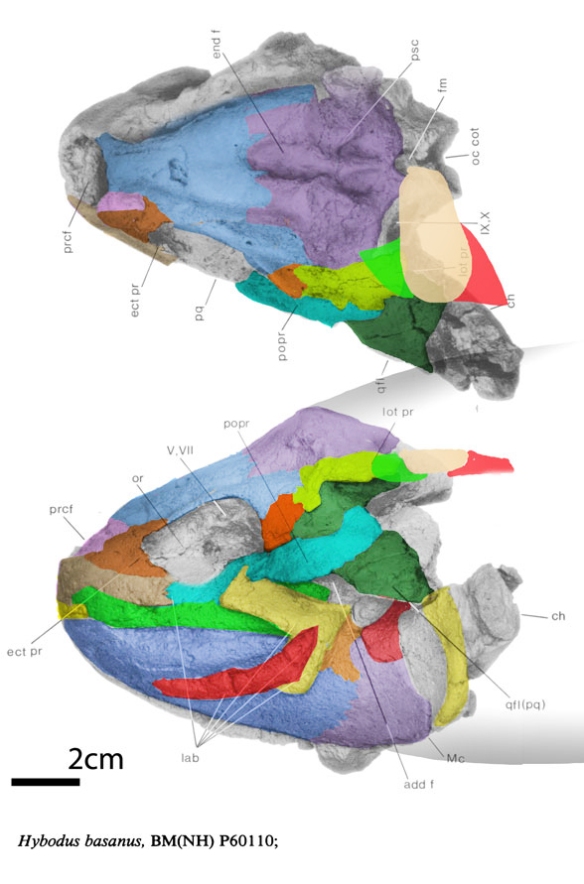 Figure 1 (added 01/27/2020 with a current interpretation of skull bones on Hybodus, plus a reconstruction. Note the retention of external gill bars.

Figure 2. Diagram of Hybodus in vivo and skeleton plus teeth.

Traditionally considered an odd sort of shark with dorsal spines,
Hybodus (Fig. 1) nests in the large reptile tree (LRT, 1583 (now 1643) taxa; Fig. 2) between sharks + chimaeroids and placoderms leading + two large clades of bony fish. Apparently this hypothesis of interrelationships has been overlooked until now, but it answers so many long-standing questions. Hybodus also greatly resembled the basal placoderm, Coccosteus (Fig. 1) another overlooked hypothesis of interrelationships. And catfish, too.

FIgure 3. Taxa highlighted in today’s blog are highlighted here in this subset of the LRT.

Hybodus basanus (Agassiz 1837; H. reticulatus (Early Jurassic skull); 2m in length, Permian –Late Cretaceous) nests between sharks + chimaeroids and spiny sharks + bony fish. This relationship was overlooked until now. Note the spines on the dorsal fins. These are homologous with spines on spiny sharks like Diplacanthus (below). Spines are transitional betwen fleshy shark fins and transparent ray fins. The skull is also transitional between sharks and bony fish, despite the presence of large gill bars (yellow) lateral to the jaws. 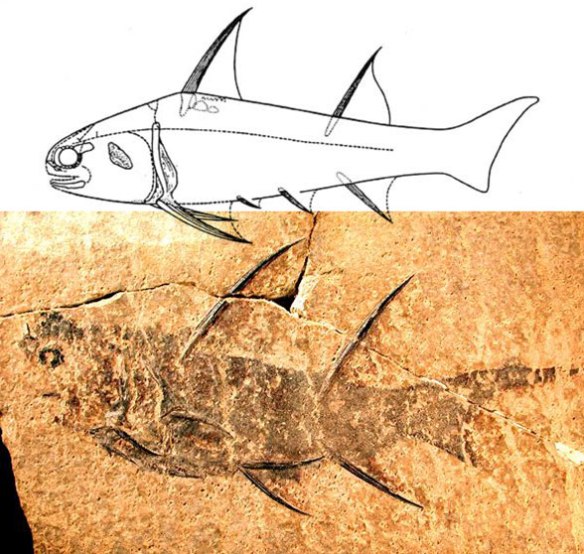 Figure 4. Diplacanthus, a Mid-Devonian acanthodian with proportions similar to those of a young Hybodus, shorter with longer spines.

According to Davis et al. 2012:
“Acanthodians, an exclusively Palaeozoic group of fish, are central to a renewed debate on the origin of modern gnathostomes: jawed vertebrates comprising Chondrichthyes (sharks, rays and ratfish) and Osteichthyes (bony fishes and tetrapods)… These new data contribute to a new reconstruction that, unexpectedly, resembles early chondrichthyan crania. Principal coordinates analysis of a character–taxon matrix including these new data confirms this impression: Acanthodes is quantifiably closer to chondrichthyans than to osteichthyans. However, phylogenetic analysis places Acanthodes on the osteichthyan stem, as part of a well-resolved tree that also recovers acanthodians as stem chondrichthyans and stem gnathostomes.”

The LRT nests two acanthodians in the stem lobefin clade (Fig. 2).
Earlier we looked at the central nesting of acanthodians between basal taxa and bony fish. Hybodus further confirms this hypothesis of interrelationships now seeking confirmation or refutation from an independent study using a similar taxon list and a new character list.

With more taxa,
and more knowledge of the 137 taxa at hand, note that catfish no longer nest with placoderms, but transitional between placoderms and ray fin fish (Fig. 2).