Also revised March 31, 2019,
with a repaired nesting for Fruitachampsa (Figs. 4,5) a sister to Protosuchus in the LRT (subset Fig. 3), not a sister to marine crocs. 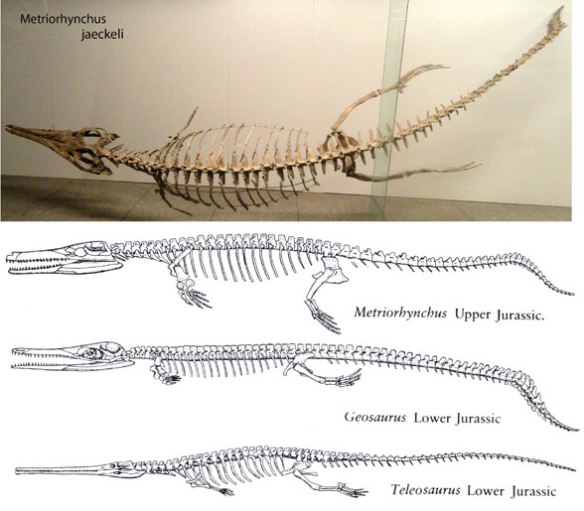 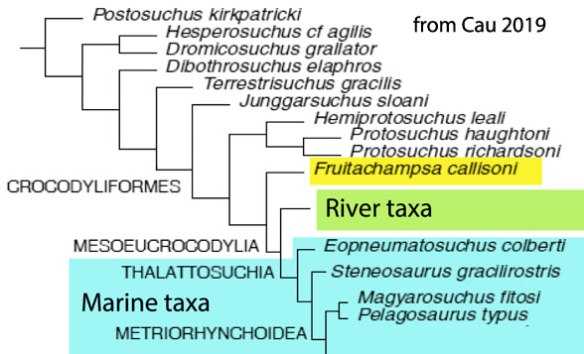 Figure 2. Reduced from Cau 2019 showing Fruitachampsa as the proximal outgroup for marine and river crocs. The outgroup Postosuchus is not related to Crocodylomorpha in the LRT.

As we learned earlier
choosing outgroup taxa is not as scientific as letting a wide gamut phylogenetic analysis, like the large reptile tree (LRT, 1549 taxa, subset Fig. 3), choose outgroup taxa for you. 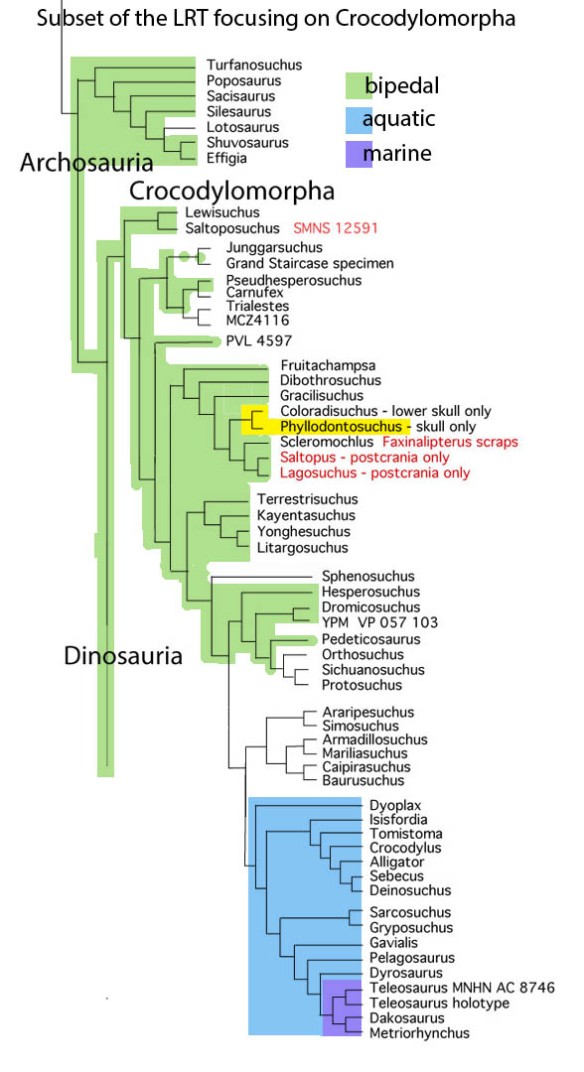 Figure 3. Subset of the LRT with the addition of Lagosuchus next to Saltopus among the basal bipedal Crocodylomorpha. The nesting of skull-only Yonghesuchus near the skull-less taxa provides clues to the morphology of the skulls in the headless taxa.

Strangely,
the proximal outgroup taxon for marine crocs recovered by Dr. Cau (Fig. 2) was tiny Fruitachampsa (Figs. 3, 4), a small, gracile Late Jurassic biped sprinter that nests with other bipedal crocodylomorphs in LRT and Cau’s cladogram. Fruitachampsa would seem to have few traits in common with river and marine crocs. Dyoplax has more. 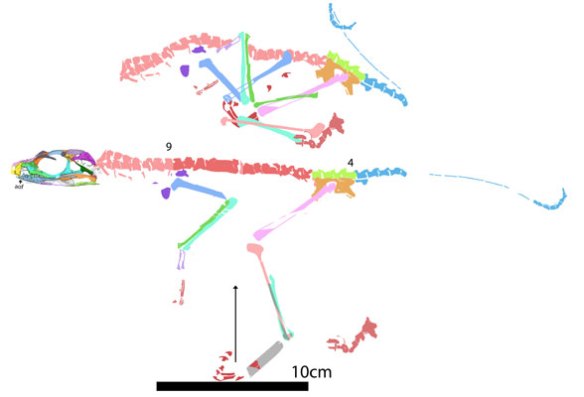 Figure 4. Fruitachampsa reconstructed. Note the many homologies with Scleromochlus and the few with marine crocs.

Cau did not include Dyoplax
in his cladogram. 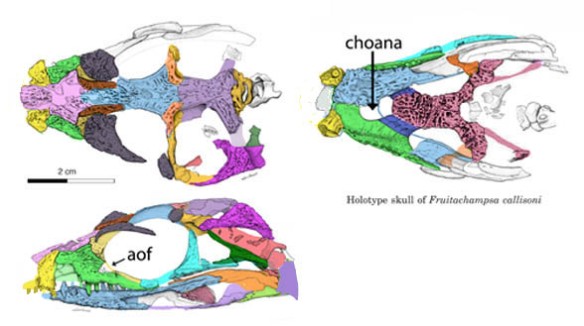 While we’re on the subject of Fruitachampsa,
it had an enormous notch for a mandibular fang, much larger than necessary. The medial choana is similar to sister taxa.

Despite appearances
Dyoplax (Fig. 7) is not considered a crocodylomorph, let alone an outgroup to marine crocs, as we learned earlier here. 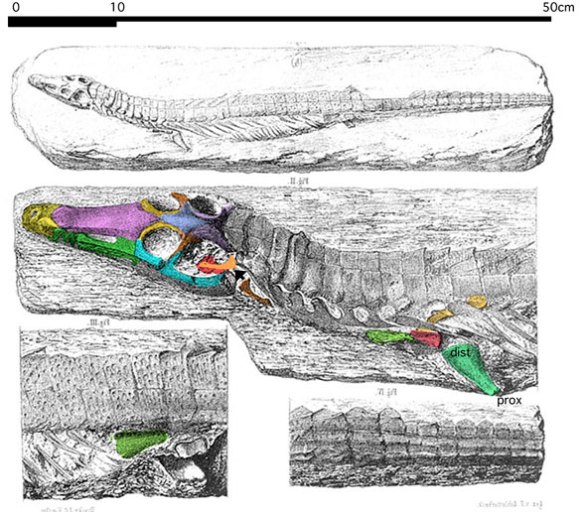 Figure 7. Dyoplax arenaceus Fraas 1867 is a mold fossil recently considered to be a sphenosuchian crocodylomorph. Here it nests as a basal metriorhynchid (sea crocodile) in the Late Triassic.

In the LRT
(subset Fig. 3) Dyopolax (Figs. 7, 7b) is the outgroup taxon to marine crocs while Dibrothosuchus (Fig. 8) is basal to this clade + river crocs. 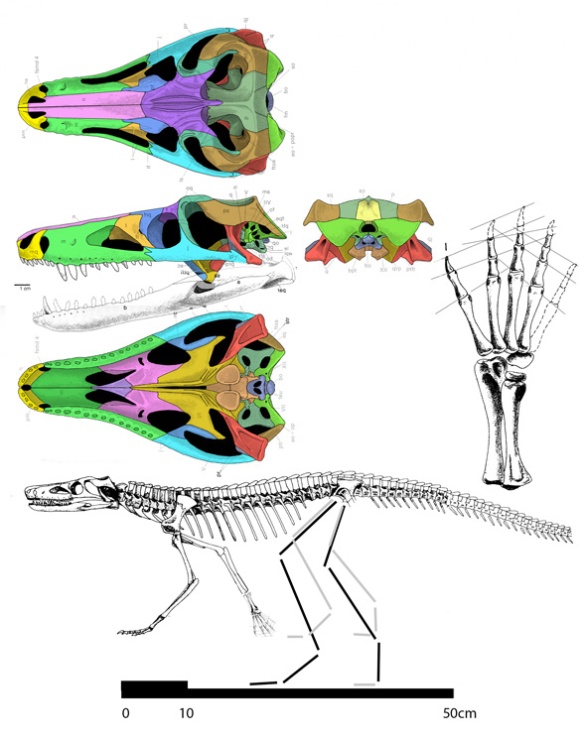 Figure 8. Dibothrosuchus nests basal to all later quadrupedal crocs, including marine crocs, in the LRT. The hind limbs are not known. Phylogenetic bracketing suggests shorter legs are more likely.

Once again,
a wide gamut phylogenetic analysis is key to recovering interrelationships.