Two giant odd-looking metatherians,
Palorchestes (Fig. 1, as large as a horse) and Diprotodon (Fig. 2, as large as a hippo), enter the large reptile tree (LRT, 1406 taxa, subset Fig. 3) midway between kangaroos and wombats. So, that settles that conundrum. They’re not wombats and they’re not kangaroos.

When I was creating the 1986 book,
Giants of Land, Sea and Air ~ Past and Present, I added the ‘giant kangaroo’ next to the largest living kangaroo, Macropus. Less was known back then. I used an extant kangaroo for a model and scaled it up. Now we all know better. 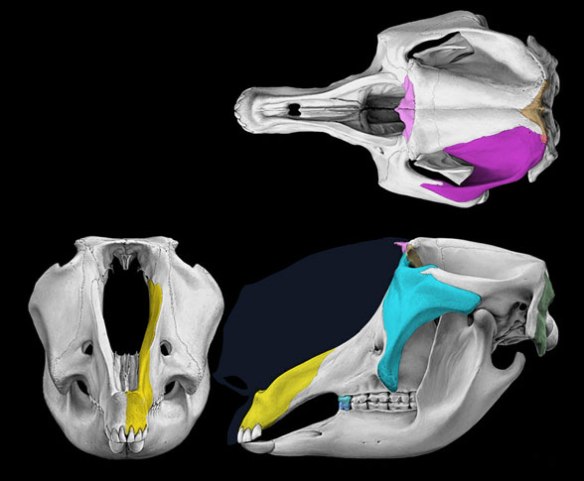 Wikipedia reports,
“Sir Richard Owen first found what he thought was the fragmentary jaw of a prehistoric kangaroo. It was not until more postcranial elements were found did anyone realize that Palorchestes was actually a different kind of diprotodontid, and not a kangaroo.”

Along with traditional diprotodontids,
(wombats, koalas and kangaroos) the LRT adds Middle Miocene interatheres and Pliocene toxodons to the wombat clade. This menagerie of morphologies are all herbivores. The last two are former notoungulates.

Figure 2. Diprotodon museum mount and dorsal views of the manus and pes.

Diprotodon optatum (Owen 1838; Pleistocene 1.5–0.05 mya; 3m in length) is the largest known marsupial of all time. Traditionaly the eight species assigned to Diprotodon nest with wombats and koalas, but here they nest between kangaroos and wombats. The pedes turn inward such that digit 5 is the anteriormost toe on this graviportal beast. 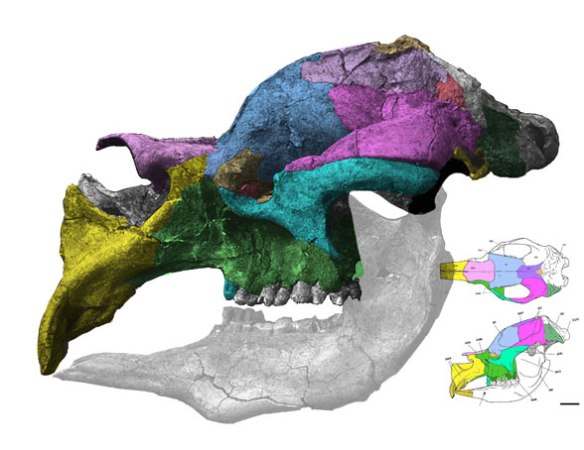 Palorchestes azael (Owen 1873; Miocene to Pliocene; 2m in length; Figs. 1, 4) had a tapir-like face, likely sporting a similar long proboscis. The lower jaw had a long symphysis, perhaps indicating a protrusible tongue, like an anteater. Large claws tipped the forelimbs (which I have not seen yet, but for the drawing below). Fossils are rare and incomplete. 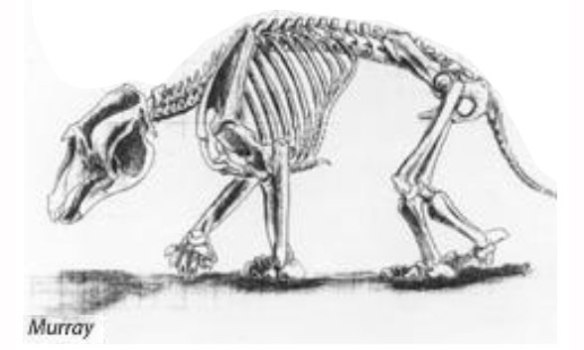 Figure 4. Palorchestes by Murray 1986 or 1990. The post-crania is illustrated similar to that of Diprotodon, but perhaps not this completely known.

Figure 5. Subset of the LRT focusing on Metatheria after the addition of Diprotodon and Palorchestes. Some new clades are proposed here.

Propalorchestes novaculacephalus (Murray 1986; Trusler and Sharp 2016; Miocene) is a smaller, earlier and plesiomorphic relative of Palorchestes. So far I’ve only seen skull data.

Figure 6. Propalorchestes, the sister to Palorchestes and Diprotodon in all analyses, looks more like its kangaroo kin than the other two do.

Given the Middle Miocene appearance of Interatherium,
(Fig. 6) nesting nearby, that seems reasonable.

Eomaia, from the Early Cretaceous, and Agilodocodon, from the Middle Jurassic, are sisters to the last common ancestor of both clades.