The authors produced a cladogram
(Fig. 2) focusing on Pampadromaeus and kin. Due to taxon exclusion, they considered Pampadromaeus a basal sauropodomorpha. The LRT (subset Fig. 3) nests it as the Late Triassic last common ancestor (LCA) of Sauropodomopha + Ornithischia. 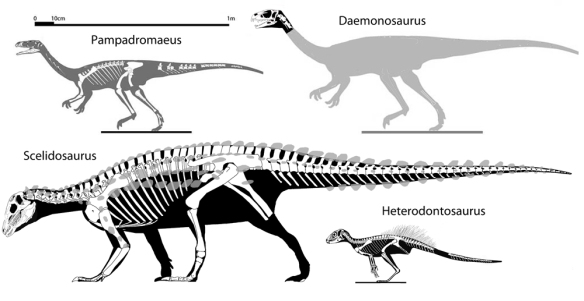 Figure 1. Basal ornithischia and Pampadroameus, a sister to their common ancestor. Daemonosaurus likely resembled Pampadromaeus, with its long neck.

Unfortunately,
Langer et al. are using an old taxon list that is missing many taxa. In the large reptile tree (1406 taxa, LRT, subset Fig. 3) Marasuchus is a basal theropod, not a dinosaur outgroup. Silesaurus is an outgroup poposaur (a dinosaur-mimic), not a sister to Ornithischia. Ornithischia is a dinosaur in-group, nesting with basal phytodinosaurs and sauropodomorphs. Crocodylomorpha (not included in Langer et al.) is the outgroup for the Dinosauria in the LRT.

Figure 2. Cladogram from xx 2019, colors added. Marasuchus is not an outgroup to the Dinosauria. In the LRT it nests as a basal theropod.

The differences between the tree topologies
in the Langer et al. cladogram and the LRT appear to result largely from the choice of outgroup. In the LRT the outgroups are not chosen, but are recovered from a list of 1400+ taxa. Oddly, some taxa in the LRT are not included in the Langer et al. study. These include Leyesaurus, Barberenasuchus, Eodromaeus, and one specimen of Buriolestes. The LRT includes no suprageneric taxa, like Ornithischia (Chilesaurus, Daemonosaurus, Jeholosaurus and their descendants).

Figure 3. Subset of the LRT focusing on the Phytodinosauria. Three sauropods are added here.

Experiment with outgroups
If the taxon list for the LRT is reduced to more or less match that of Langer et al. 2019, AND Marasuchus is chosen as the outgroup, the result more closely approaches the Langer et al. tree topology (Fig. 4). 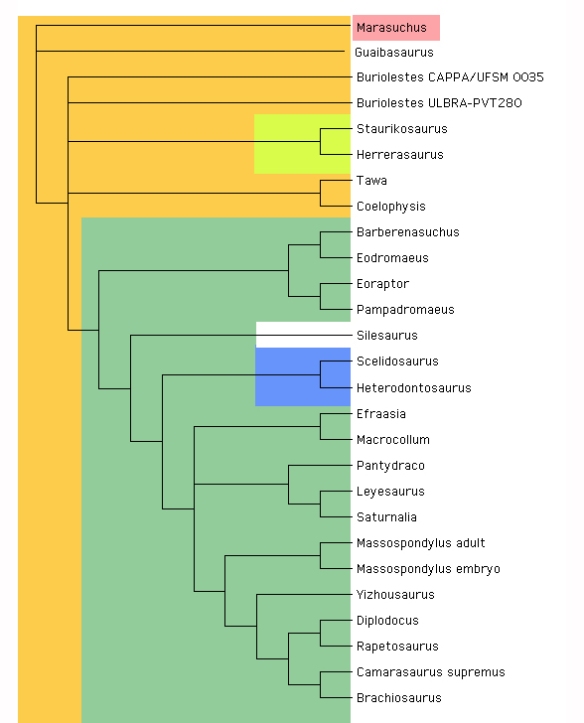 Figure 4. Matching the taxon list to that of xx 2019 and choosing Marasuchus for the outgroup results in this cladogram of basal dinosaur relationships using LRT data and taxa.

Adding Euparkeria to this list
(Fig. 4) to create a more distant outgroup for  all included taxa moves Silesaurus outside the Dinosauria and moves Marasuchus and Guabisaurus into the Dinosauria. Basically this is what the LRT recovers with a taxon list similar to Langer et al. 2019.

Figure 5. Adding Euparkeria to figure 4 results in this tree where Silesaurus nests outside the Dinosauria, as it does in the LRT. Theropods nest together, as in the LRT. So do phytodinosaurs.

Pampadromaeus barberenai (Cabriera et al. 2011) is a new dinosaur from the Late Triassic of Brazil. It was originally described as a stem sauropodomorph known from a partial disarticulated skeleton and most of the skull bones. The authors reported, “Based on four phylogenetic analyses, the new dinosaur fits consistently on the sauropodomorph stem, but lacks several typical features of sauropodomorphs, showing dinosaur plesiomorphies together with some neotheropod traits.”

2 thoughts on “Pampadromaeus in exquisite detail”