Figure 1. The holotype specimen of Arboroharamiya HG-M017 in situ with DGS tracings added. The skull in figure 5 comes from this specimen.

The two specimens are superficially distinct
due to the width of their extraordinary gliding membranes, reinforced with stiff fibers. I have not tested the paratype specimen in the LRT yet.

Figure 2. The paratype specimen of Arboroharamiya HG-M018, in situ. DGS color tracing added. The skull is in poor shape.

Figure 3. From Han et al. 2017, a cladogram that nests Arboroharamiya close to Xianshou and Shenshou. Colors added to showing the shuffling of various clades in the LRT. Cyan = Eutheria. Red = Metatheria. Yellow = Prototheria. Gray = Trithelodontia. White are untested or basal cynodonts. Silhouettes are gliders. The Allotheria is not recovered by the LRT.

Arboroharamiya provides an unprecedented look
at the post-dentary in taxa transitional between rodents + plesiadapiformes and multituberculates (Fig. 5). Earlier here, here and here multituberculates were shown to have pre-mammal post-dentary/ear bones, yet nested with placental and rodent taxa. This is a reversal or atavism, a neotonous development due to the backward shifting of the squamosal (another reversal) favoring the development of larger jaw muscles to power that uniquely shaped cutting tool, the lower last premolar. It has never been so clear as in Arboroharamiya, though. 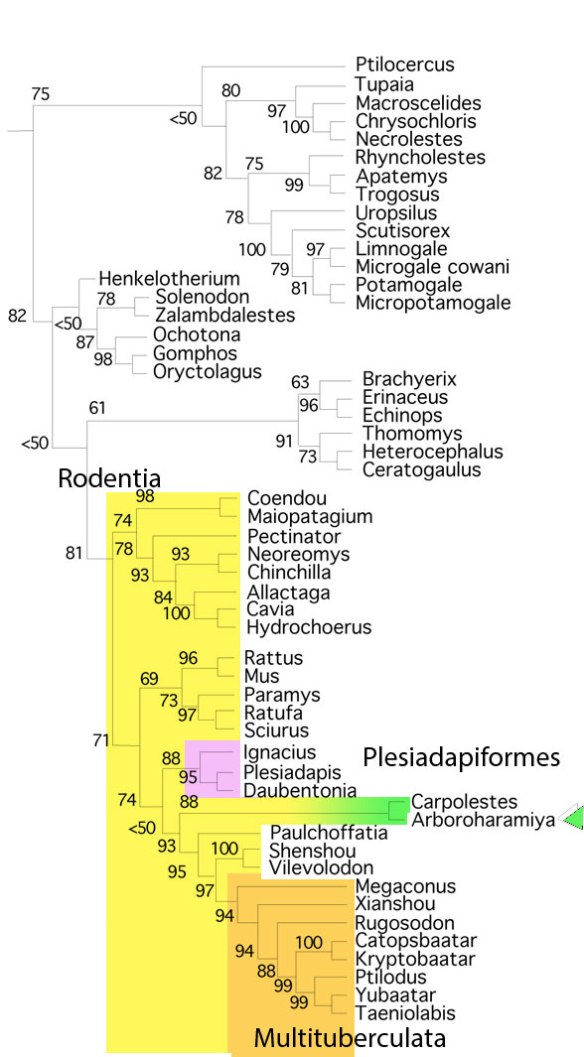 Figure 4. Subset of the LRT nesting Arboroharamiya with Carpolestes within Rodentia

Han et al. reported, “The lower jaws are in an occlusal position and the auditory bones are fully separated from the dentary.” In the new interpretation (Fig. 5) the neotonous articular is back in contact with the neotonous quadrate (both auditory bones in derived mammals) as the squamosal shifts posteriorly to its more primitive and neotonous position toward the back of the skull. Essentially the back of the skull in Arboroharamiya and multituberculates are embryonic relative to rodents.

Reversals
can be confusing because they are a form of convergence arising from neotony. The LRT separates convergent taxa by nesting them correctly with a wide suite of traits and testing them with a wide gamut of taxa.

Figure 3. Images from Han et al. Color and white labels added. Here the malleus, incus and stapes have reverted to their pre-mammal states and configurations. Note the quadrate is in contact with the articular, as in pre-mammals as the dentary and squamosal become a sliding joint, carried by larger jaw muscles. Also note the various ectotympanic bones (yellow) also present, typical of Theria.

When a few traits say: pre-mammal
and a suite of traits say: rodent descendant, go with the standard for phylogenetic analysis. Only maximum parsimony reveals reversals when they appear. If you relied on just the post-dentary traits here you’d be ‘Pulling a Larry Martin‘ and nesting Arboroharamiya with pre-mammals.

I didn’t think I’d have to
keep referring to the dear departed professor from Kansas, Dr. Larry Martin, but he did like to play that game. I’m encouraging others not to, whether they know they are doing so or not.