Last year, Dr. Matthew Baron,
not even a year out from his PhD thesis, placed himself in the middle of controversy when Baron, Norman and Barrett 2017 resurrected the clade Ornithoscelida, wrongly uniting plant-eating Ornithischia with meat-eating Theropoda to the exclusion of plant-eating Sauropodomorpha, an invalid (due to taxon exclusion) hypothesis of relationships, we discussed earlier here.

Dr. Baron guessed, “Maybe Ornithischia is actually so far removed from the base of the dinosaur tree that no studies, including my own, have been able to properly place them… Its an intriguing thought and one that needs examining properly.” By his own words, Dr. Baron is not yet an authority on the subject. That authority can only come from a wide gamut analysis that minimizes taxon exclusion, like the large reptile tree (LRT, 1236 taxa), which is something that anyone can produce. As noted last year (see citations below), Dr. Baron’s team excluded several relevant taxa. 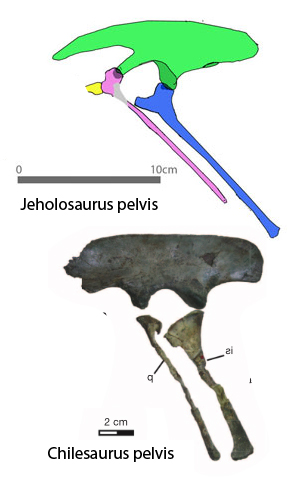 Figure 1. Look familiar? Here are the pelves of Jeholosaurus and Chilesaurus compared. As discussed earlier, this is how the ornithischian pelvis evolved from that of Eoraptor and basal phytodinosauria.

Later Langer et al. 2017 argued against the Baron, Norman and Barrett interpretation. Baron, Norman and Barrett agued back, stating in Baron’s summary, “Langer et al.’s response showed that the alternative arrangement, that preserved the traditional model, was not statistically significantly different to our own hypothesis, and that was with much of our data having been altered, in ways that we perhaps disagree with strongly.”

Baron is correct is noting that Seeley’s original division, uniting sauropodomorphs with theropods based on pelvis orientation “just because a subgroup have gone on to lose a feature that was the ancestral condition for the wider group, it does not mean that we can then say that the other subgroups who have ‘hung on’ to the feature should be grouped together to the exclusion of the experimental group, at least based on that feature’s absence/presence, without other evidence.” Plus it would be one more example of pulling a Larry Martin.

Unfortunately
Dr. Baron pulls out a bad example as his example of the above. He states, “In fact, Cetacea is more closely related to Carnivora than either group are to the Primates.” In counterpoint, in the large reptile tree (LRT, 1236 taxa) there is no clade “Cetacea.” Odontoceti arise from tenrecs and elephant shrews. Mysticeti arise from hippos and desmostylians. Carnivora split apart in the first dichotomy in Eutheria. Thus all other eutherians, including primates, odontocetes and mysticetes have a last common ancestor that is not a member of the Carnivora.

Unfortunately
Dr. Baron bases the above quote on a phylogenetic error when he states, “Like I said before, you need to look at TOTAL EVIDENCE to come to this quite obvious conclusion, which means focusing on more anatomical evidence.” While this may sound reasonable and correct, a focus on anatomical evidence may lead to confusion due to convergence. Bottom line, it is more important to look at the phylogenetic placement of a taxon in order to determine what it is. This has to be done in the context of a wide gamut analysis that minimizes taxon exclusion using at least 150 (sometimes multi-state) characters (the LRT uses 238). Otherwise you’re cherry-picking taxa, something Baron, Norman and Barrett were guilty of by excluding bipedal crocs and several basal dinosaurs from their study (and we know this since the LRT includes them). Baron also cherry-picks traits in part 3 of his argument, pulling a Larry Martin several times in doing so. In a good phylogenetic analysis, like the LRT, you’ll see a gradual accumulation of traits. That means you’ll get a pubis with a transitional phase, a tiny predentary and other traits in gradual accumulation among the outgroups to Ornithischians. 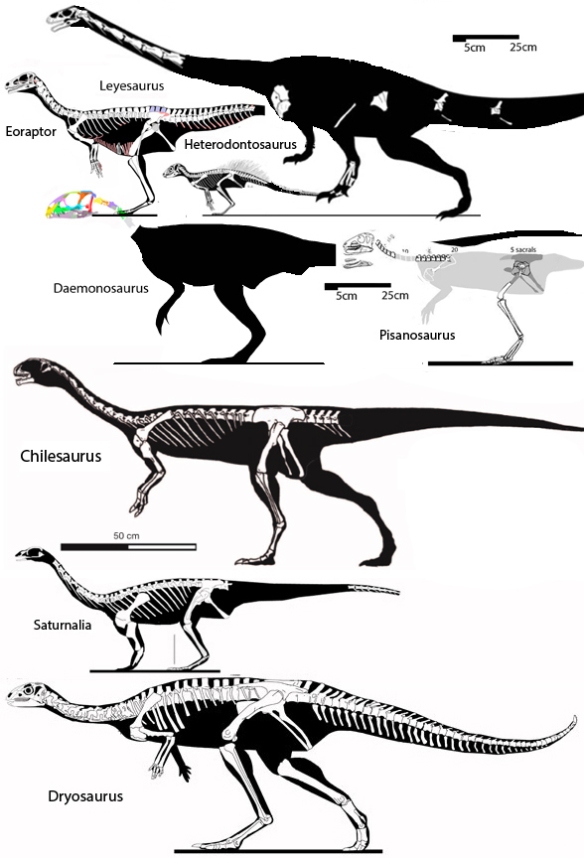 Figure 2. Chilesaurus and kin, including Damonosaurus and basal phytodinosauria.

Baron promises
“I will eat my shoes!” if Seeley’s dichotomy is correct. That’s an easy promise to make knowing there is a third hypothesis out there: the Theropod/Phytodinosaur dichotomy presented by Bakker (1986) and confirmed by the LRT in 2011.

What I think about Ornithischia

Thoughts on Ornithoscelida … over one year on … (part 1)

Thoughts on Ornithoscelida … over one year on … (part 2)

Chilesaurus – what is it?