According to Wikipedia
Unwin (2003) defined the group Azhdarchoidea as the most recent common ancestor of Quetzalcoatlus and Tapejara, and all descendants.

Competing hypotheses of relationships
by Naish and Martill 2006; Lu et al. 2008; Pinheiro et al. 2011; and Andres, Clark and Xu 2014 all suffer from the same cherry-picking and taxon exclusion issues. At least Vidovic and Martill 2014 added germanodactylids and dsungaripterids nesting basal to tapejarids, but failed to add dorygnathids and pre-azhdarchids among other relevant taxa basal to azhdarchids. By the way, you heard it here first: germanodactylids and dsungaripterids were ancestral to tapejarids. Thanks are due to Vidovic and Martill for confirming this.

Pterosaur workers are ‘missing the boat’
when they are content to cherry pick traditional genus-based taxa. If they were to employ more specimen-based taxa in an unbiased fashion, as the LPT does, they, too, would recover a wealth of interrelationships otherwise invisible to them.

The clade name Azhdarchia
is hereby defined as TM 10341, Beipiaopterus, their last common ancestor and all descendants. These include Huanhepterus, Ardeadactylus, CM 11426, BSPG 1911 I 31, the flightless azhdarchid JME-Sos 2428, JME Sos 2179, and the traditional azhdarchids, Jidapterus, Chaoyangopterus, Zhejiangopterus, Azhdarcho, Quetzalcoatlus and kin. With origins in the late middle Jurassic, and no matter what size, these are all stork-like waders, gradually getting phylogenetically larger, toothless and ultimately flightless as their distal wing phalanges become vestiges. 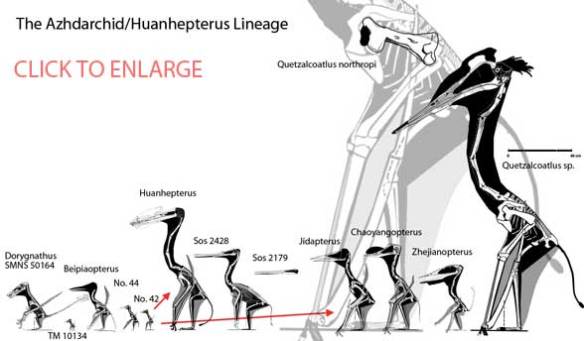 Figure 1. The Azhdarchidae. Click to enlarge. (That’s a juvenile Zhejiangopterus shown). These are all waders.

We already have a suitable name for the clade Tapejaridae,
which developed elaborate head crests and never stopped flying (so far as is known), based on their elongate distal wing phalanges.

Figure 2. Click to enlarge. The rising size of the tapejaridae. These are not waders.

The expansion of the antorbital fenestra above the level of the orbit
in tapejarids and azhdarchids is (I hate to be the only one saying the obvious) a convergent trait. LPT relationships were introduced and published in Peters 2007, and (with a few modifications to incomplete taxa) hold true today. Peters 2007 reported, “Major clades typically have a spectral series of tiny pterosaurs at their base suggesting that paedomorphosis was a major factor in pterosaur evolution.” Since then, no other workers have included the vital and relevant tiny pterosaurs in their phylogenetic analyses.

It is also time to trash the clade ‘Pterodactyloidea’
When tiny pterosaurs are added to a phylogenetic analysis (click here) the traditional clade ‘Pterodactyloidea’ divides into two clades that arise from tiny Dorygnathus derived taxa (Fig. 1) and two more that arise from tiny Scaphognathus derived taxa (Fig. 3), for a total of four pterodactyloid-grade taxa. There’s one more semi-pterodactyloid clade,  Darwinopterus and kin, with a large skull and long neck, but also a long tail. And yet another, the anurognathids that do not have a large skull (exception: Dimorphodon) and long neck. However anurognathids do shrink the tail, a pterodactyloid-grade trait that Longrich, Martill and Andres 2018 used to nest anurognathids as the proximal outgroup to their clade ‘Pterodactyloidea’ with the mistakenly reconstructed Kryptodrakon (= Sericiterus) at the base. The LPT lumps and splits all pterosaurs in a logical and tenable fashion.

From one generation to another
If you were a full professor, would you venture to include taxa suggested by an amateur? So far, none have shown the courage to do so (see below), while outside of pterosaur studies, confirmation of discoveries first announced here has happened several times (e.g. Chilesaurus), without citation. So methods used here work.

Dr. S. Christopher Bennett once told me:
“If you submit that manuscript, it will not get published. And if you somehow get it published it will not get cited.” Uncanny how that prophecy came true… but it doesn’t reflect on the value of the manuscript.

And that’s why
this blog and the website ReptileEvolution.com were launched, outraged at the insanity and insular thinking out there.

PS. As I write this,
Bestwick, Unwin, Butler, Henderson and Purnell (2018) compiled statistics on pterosaur dietary preferences (over 300 pterosaur dietary statements identified from 126 published studies) employing a traditional cladogram with the tiny hand, four-toed crocodylomorph, Scleromochlus as the outgroup, anurognathids basal to eudimorphodontids, wukongopterids basal to ‘pterodactyloids’, cycnorhamphids nesting with ctenochasmatids, pteranodontids nesting with ornithocheirids, and tapejarids nesting with azhdarchids, with loss of resolution at half the nodes. It’s quite disheartening to see this, when we know better… through specimen-based taxon inclusion.

Pity the first author, poor PhD student (U of Leicester) Jordan Bestwick. He is under the tutelage of Dr. David Unwin. You might remember Leicester, was earlier seeking a pterosaur tracker, a student who could somehow find evidence for the invalidated pterosaur forelimb launch hypothesis. Evidently, this is how they operate: Don’t find out for yourself… rather your job is to continue the legacy and dictates of your professor(s).

In addition to the invalid Azhdarchoidea,
Dr. Unwin has promoted:

Anyone can test these hypotheses by
adding taxa to current published studies using whatever characters one chooses. Really. That’s all it takes to upset these cherry-picked (taxon exclusion riddled) studies.