Once again
taxon exclusion bites a paper on the set up and conclusion.

Bever and Norell 2017 bring us
a perfect Solnhofen (Late Jurassic) fossil of a small rhynchocephalian, Vadasaurus herzogi (Figs. 1,2) that they mistakenly promote as a pleurosaur ancestor (Fig. 5). We looked at the real pleurosaur ancestors several years ago here.

Figure 1. Vadasaurus is a perfectly preserved Solnhofen fossil rhynchocephalian. PILs and colors added. The pelvis is semi-perforate. The proximal tarsus is not co-ossified.

Vadasaurus herzogi (Bever and Norell 2017, Late Jurassic) AMNH FARB 32768, was originally nested between Sapheosaurus + Kallimodon and the aquatic pleurosaurs, Pleurosaursus and Palaeopleurosaurus. Here Vadasaurus nests very closely with Leptosaurus, a terrestrial taxon omitted originally. Close examination of photos in the literature (Fig. 2) shows that Bever and Norell overlooked the supratemporal, the jugal’s quadratojugal process and added a mandible fenestra that is not present. The lack of co-ossificiation in the astragalus and calcaneum is a trait that is retained by all later taxa, including the trilophosaurs, azendohsaurs and rhychosaurs. Priosphenodon, listed in both competing trees, is the outgroup for the Rhynchosauria.

Figure 2. The skull of Vadasaurus showing the jugal’s quadratojugal process, the portion of the postfrontal entering the upper temporal fenestra and the mandible interpreted differently than Bever and Norell 2017.

Here, with high Bootstrap scores
(Fig. 3) the LRT nests Pleurosaurus with Megachirella at the base of the Rhynchocephalia (Fig. 3). Palaeopleurosaurus nests separately, with Ankylosphenodon (Fig. 5), still close to the base of the clade. Kallimodon nests close to Vadasaurus in the Bever and Norell tree, but with Sphenodon in the LRT. Other differences also occur. Homeosaurus is included in the Bever and Norell tree, but nests outside the Rhynchochephalia in the LRT. 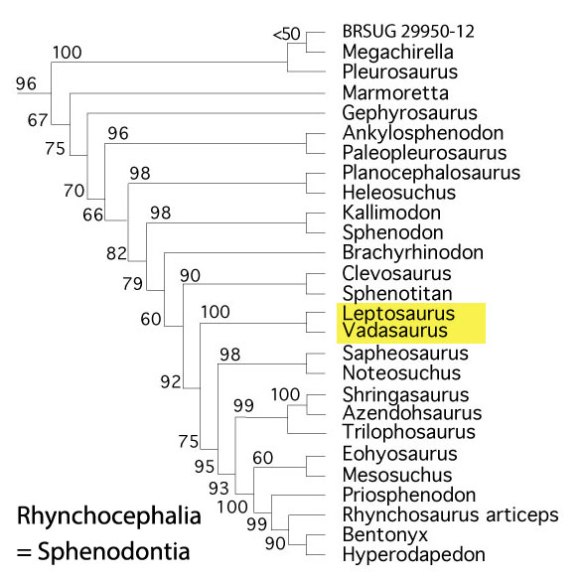 The Bever and Norell cladogram
(Fig. 4) is very poorly supported with most nodes <50 and only one node above 80. The outgroup is wrong, based on results recovered by the LRT which tests a over 1000 possible outgroup candidates. Youngina is completely unrelated. It nests close to the archosauriform, Proterosuchus. Pristidactylus is am extant squamate also unrelated to rhynchocephalians.

By contrast,
the subset of the LRT (Fig. 3) is strongly supported with high Bootstrap scores throughout. Outgroups going back to basal tetrapods are documented. 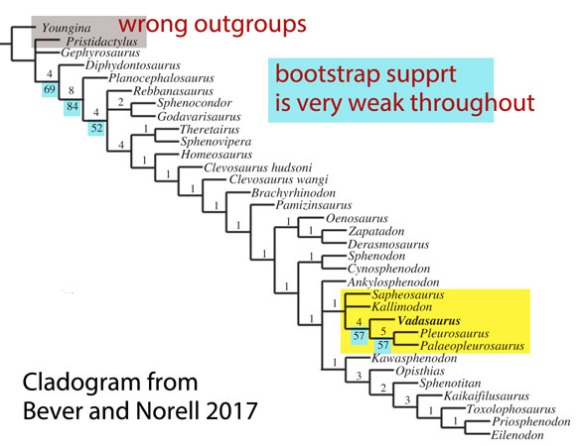 Figure 4. Cladogram from Bever and Norell 2017 with the addition of Vadasaurus. When Bootstrap support is below 50 it is not marked. This tree does not include the correct outgroup and the Rhynchosauria + Trilophosaurus and other taxa.

The Bever and Norell paper does not provide reconstructions,
but ReptileEvolution.com does (Fig. 5). Chronology is all over the place in this clade. Megachirella and BRSUG 29950, at the base of this clade, are both Middle Triassic. Pleurosarus is Late Jurassic. Ankylosphenodon is Early Cretaceous. Sphenodon is extant. 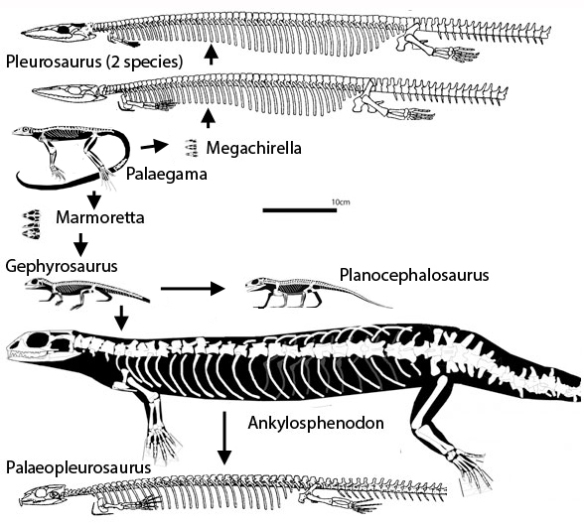 When Megachirella, Leptosaurus and other taxa
not employed by Bever and Norell are deleted from the LRT, the topology of the tree does not change. 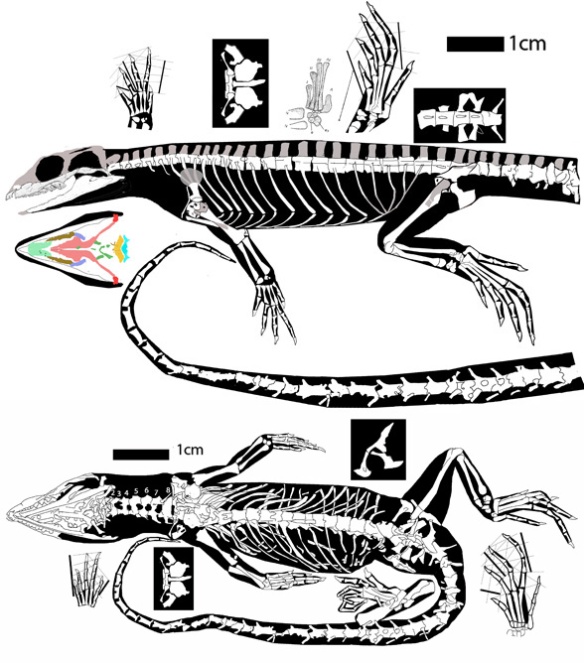 Figure 6. Leptosaurus was omitted by Bever and Norell. Note the triangular skull, gracile mandible, radiale and other traits reported by the authors.

Bever and Norell report that Vadasaurus is:
“Diagnosed in an exclusive clade with Pleurosauridae based on

To their credit
Bever and Norell traced the photos, probably in Photoshop. That makes the alignment of the drawing with the photo perfect. At this point, all they need to do is start coloring bones in the DGS style (Fig. 2) and expand that taxon list.

References
Bever GS and Norell MA 2017. A new rhynchocephalian (Reptilia: Lepidosauria) from the Late Jurassic of Solnhofen (Germany) and the origin of the marine Pleurosauridae. Royal Society open scence. 4: 170570. http://dx.doi.org/10.1098/rsos.170570