Traditional paleontology
has given us a picture of a more or less simple ladder of stem tetrapod evolution that had its key moment when an Ichthyostega-like taxon first crawled out on dry land. Then, according to the widely accepted paradigm, certain lineages returned to the water while others ventured forth onto higher and drier environs.

By contrast,
The large reptile tree (LRT, 1033 taxa) documents a bushier conquest of land, occurring in at least seven Devonian waves until the beachhead was secured by our reptile ancestors.

Dr. Jennifer Clack and her team have shown us that fish/amphibians can have limbs (Acanthostega and Ichthyostega) and not be interested in leaving the water. That comes later and later and, well, seven times all together.

Figure 1. Colosteus relatives according to the LRT scaled to a common skull length. Their sizes actually vary quite a bit, as noted by the different scale bars. Only Pholidogaster and Colosteus are taxa in common with traditional colosteid lists.

The first wave:
simple small fins to simple small limbs
Arising from lobe-fin fish with one nostril migrating to the inside of the mouth, like Osteolepis, the much larger collosteid, Pholidogaster, had small limbs with toes. The smaller, but equally scaly and eel-like Colosteus, reduced those limbs to vestiges, showing they were not that important for getting around underwater in that wriggly clade. Neither shows signs of ever leaving the water and phylogenetically neither led to the crawling land tetrapods. However, like the living peppered moray eel (Gymnothorax pictus, Graham, Purkis and Harris 2009) in search of crabs, these taxa might have made the first landfall without limbs. See terrestrial moray eel video here. 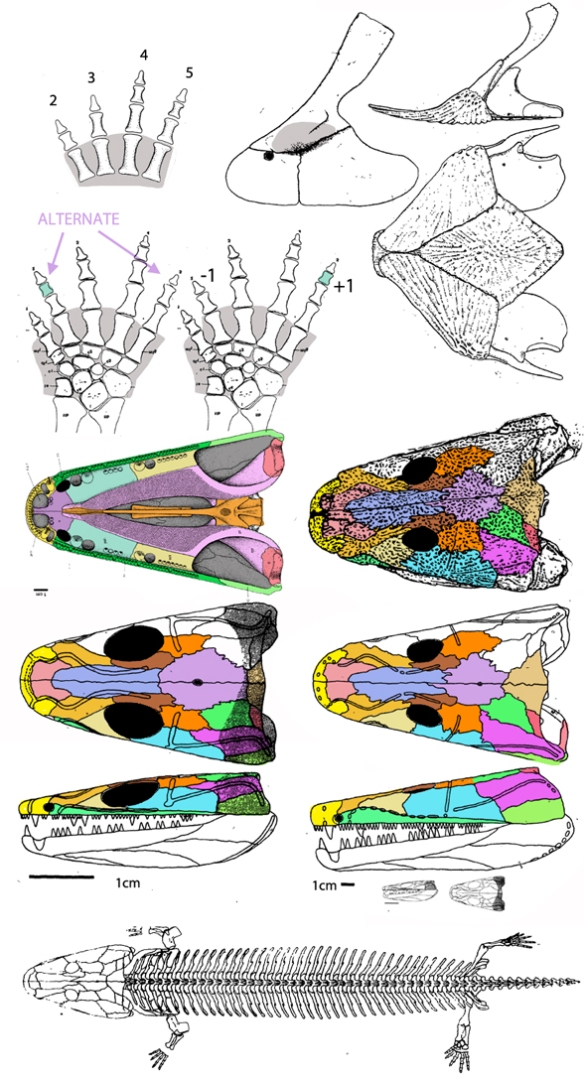 Figure 2. Greererpeton reduced to a blueprint of body parts. Here there may be one extra phalanx on pedal digit 5 and one missing on pedal digit 2 compared to sister taxa. So an alternate is shown with that repair. The skulls at left are juveniles.

The second wave:
fins to limbs on long flattened bottom feeders
Fully limbed Greererpeton and Trimerorhachis were derived from finny flat taxa like Panderichthys and Tiktaalik. Both Greererpeton and Trimerorhachis were likewise flat- and long-bodied aquatic forms that seem unlikely to have been able to support themselves without the natural buoyancy of water. Their descendants in the LRT likewise look like they were more comfortable lounging underwater like living hellbenders (genus Cryptobranchus. According to Wikipedia: “The hellbender has working lungs, but gill slits are often retained, although only immature specimens have true gills; the hellbender absorbs oxygen from the water through capillaries of its side frills.”  Only rarely do hellbenders leave the water, perhaps to climb on low pond rocks. If the Greererpeton clade was similar, this would have been the second meager and impermanent conquest of the land. And they would not have gone too far from the pond. 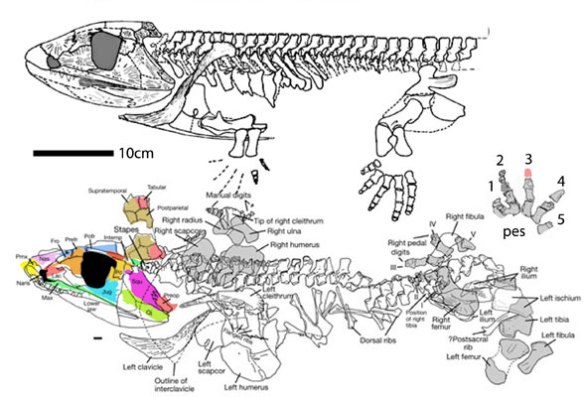 Figure 3. Pederpes is a basal taxon in the Whatcheeria + Crassigyrinus clade.

The third wave:
the Pederpes/Eryops clade experimented with overlapping ribs.
Arising from shorter Ossinodus and Acanthostega, a clade that included Pederpes, Ventastega, Baphetes and Eryops arose. This clade looks quite capable of conquering the land for the third time. Their overlapping ribs helped support their short backbone, for the first time lifting their belies off the substrate when doing so, matching Middle Devonian tracks. Some clade members, like Crassigyrinus (with its vestigial limbs) and Saharastega (with its flattened skull) appear to have opted for a return to a watery environment. And who could blame them? In any case, their big lumbering bodies were not well adapted to clambering over dry obstacles, like rocks and plants, that made terrestrial locomotion more difficult. And the biggest best food was still in the water. No doubt limbs helped many of them find new ponds and swamps when they felt the urge to do so, like living crocs. And they probably left the water AFTER some of the smaller and more able taxa listed below.

Figure 4. Proterogyrinus had a substantial neck.

The fourth wave:
a longer neck and a smaller head gave us Proterogyrinus.
Ariising from fully aquatic fish/amphibians with overlapping ribs, like Ichthyostega, basal reptilomorphs, like low-slung, lumbering Proterogyrinus took the first steps toward more of a land-living life. The nostrils shifted forward, but were still tiny, at first. Bur the ribs were slender without any overlap. Perhaps this signaled improvements in lung power. Larger nostrils appeared in more devoted air breathers, like Eoherpeton and Anthracosaurus. All these taxa were still rather large and lumbering and so were probably more at home in the water.

Figure 5. Eucritta in situ and reconstructed. Note the large pes in green.

The fifth wave:
goes small, gets longer legs and gives us Seymouria.
Eucritta is the first of the small amphibians with longer limbs relative to trunk length. This clade also arises from Ichthyostega-like ancestors. One descendant clade begins with a several long-bodied, short-legged salamander-like taxa. Discosauriscus is one of these. It begins life in water, but grows up to prefer dry land. Seymouria is the culmination of this clade.

The sixth wave:
gives us salamanders and frogs.
Still tied to the water for reproduction and early growth with gills, this clade arises from the seymouriamorph/lepospondyl Utegenia, a short-legged, flat-bodied aquatic taxon. That plesiomorphic taxon gives rise to legless Acherontiscus and kin including modern caecilians. Reptile-mimic microsaurs, like Tuditanus arise from this clade. So do modern salamanders, like Andrias and long-legged, short bodied frogs, like Rana. Their marriage to or divorce from water varies across a wide spectrum in living taxa.

Figure 7. Various stem amniotes (reptiles) that precede Tulerpeton in the LRT. So these taxa likely radiated in the Late Devonian. And taxa like Acanthostega and Ichthyostega are late-survivors of earlier radiations documented by the earlier trackways.

The seventh wave:
gives us the amniotic egg and the reptiles that laid them.
No one should have ever said you have to look like a typical reptile to lay an amnion-covered egg. And if they did, they were not guided by a large gamut phylogenetic analysis. This clade become fully divorced from needing water for reproduction, but basal members still liked the high humidity and wet substrate of the swamp. Arising from basalmost seymouriamorphs like Ariekanerpeton, stem reptiles included Silvanerpeton. These were small agile taxa with relatively long legs that would have had their genesis in the Late Devonian. Their first appearance in the fossil record was much later. The development of the amnion-enclosed embryo may have taken millions of years. The first phylogenetic reptiles appear in the form of amphibian-like Gephyrostegus and Tulerpeton in the Late Devonian, which still had six fingers and scales, but these lacked layers typically found in more fish-like taxa.

So the conquest of the land
by stem and basal tetrapods appears to have occurred seven times, according to the LRT, from distinct clades that were more or less ready to do so and in different ways. And, of course, odd extant fish, like the Peppered moray eel (wave 8) and the mudskipper, (wave 9) and maybe even snakes from stem sea snakes (wave 10) continue this tradition. What will THEY eventually evolve into, given enough time?