A recent reply (see below) to an earlier post bears noting: 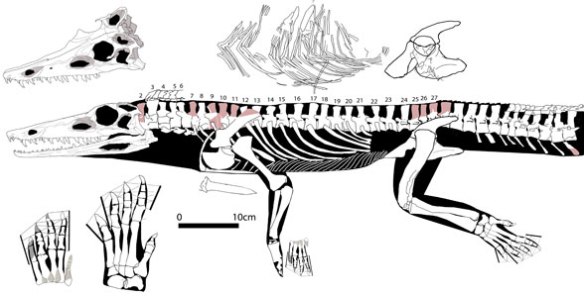 Figure 1. Diandongosuchus nests as a basal phytosaur when choristoderes and basal younginoids are included, far from Qianosuchus, which also does not nest with poposaurs, which are all bipedal (or formerly bipedal) herbivores, a far cry from Diandongosuchus.

David Marjanović on April 12, 2017 at 3:16 am said:
“The redescription of Diandongosuchus (Fig. 1) has now been published in open access. I’m afraid I can’t congratulate you. The new paper, and the SVP abstract before it, uses data you didn’t (and couldn’t) use – you were right for the wrong reasons. No congratulations for coincidences. :-|  “

Back story:
Diandongosuchus (Li et al. 2012) was originally nested with poposaurs. Within a few days of its publication, Diandongosuchus was added as a taxon to the large reptile tree (LRT) and it nested not with poposaurs, but at the base of the phytosaurs. Several other blog posts here, here and here further illustrated the link.

Botton line:
Stocker et al. did not recognize the earlier discovery. It was easy to Google. It would have been appropriate to add the original discoverer to the list of authors. This is common practice, even when that person is deceased. More recently Dr. Marjanović withheld congratulations and demeaned the scientific method by which the discovery was attained (an expanded taxon list employed in phylogenetic analysis) as “the wrong reasons.”

Carl Sagan once wrote:
“In a lot of scientists, the ratio of wonder to skepticism declines in time. That may be connected with the fact that in some fields—mathematics, physics, some others—the great discoveries are almost entirely made by youngsters.”

“The suppression of uncomfortable ideas may be common in religion or in politics, but it is not the path to knowledge; it has no in the endeavor of science. We do not know in advance who will discover fundamental insights.”

“There are many hypotheses in science which are wrong. That’s perfectly all right; they’re the aperture to finding out what’s right. Science is a self-correcting process. To be accepted, new ideas must survive the most rigorous standards of evidence and scrutiny.”

The hypothesis
that Diandongosuchus is more closely related to phytosaurs than to poposaurs originally appeared here in 2012 and was confirmed four years later by Stocker et al. That Dr. Marjanović does not approve of the earlier discovery tell us more about professional biases against ‘outsiders’, which we’ve seen before, than it does about the ‘coincidence’ he conjures.

References
Li C, Wu X-C, Zhao L-J, Sato T and Wang LT 2012. A new archosaur (Diapsida, Archosauriformes) from the marine Triassic of China, Journal of Vertebrate Paleontology, 32:5, 1064-1081.
Stocker MR, Nesbitt SJ, Zhao L-J, Wu X-C and Li C 2016. Mosaic evolution in phytosauria: the origin of longsnouted morphologies based on a complete skeleton of a phytosaur from the Middle Triassic of China. Abstracts of the Society of Vertebtate Paleontology meeting 2016.

17 thoughts on “Coincidence? Or Discovery?”