Unfortunately
in the therapsid skull tree, BP/1/7074 did not nest with Anteosaurus, but with Austraolosyodon (Figs. 1,2). Neither Kruger nor Kruger et al. presented a phylogenetic analysis.

So let’s talk about
this discrepancy and the importance of phylogenetic analysis. We’re long past the age of ‘eyeballing’ taxa. 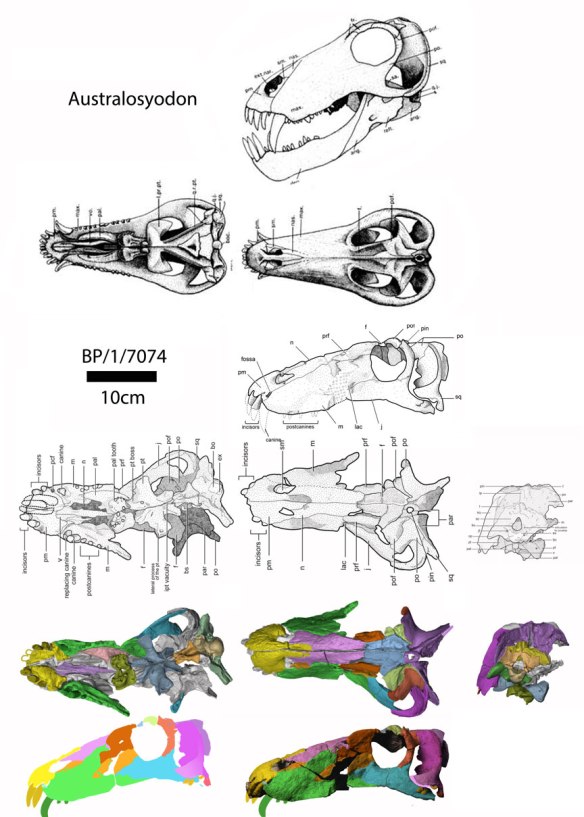 Figure 1. The purported juvenile Anteosaurus skull, BP/1/7074 compared to he coeval Australosyodon. DGS colors have been applied to the bones of BP/1/7074.

From the 2017 abstract
“A newly discovered skull of Anteosaurus magnificus from the Abrahamskraal Formation is unique among specimens of this taxon in having most of the individual cranial bones disarticulated, permitting accurate delimitation of cranial sutures for the first time. The relatively large orbits and unfused nature of the cranial sutures suggest juvenile status for the specimen. Positive allometry for four of the measurements suggests rapid growth in the temporal region, and a significant difference in the development of the postorbital bar and suborbital bar between juveniles and adults. Pachyostosis was an important process in the cranial ontogeny of Anteosaurus, significantly modifying the skull roof of adults.”

Without a phylogenetic analysis,
it is not wise to assume you have a juvenile of any taxon, especially if you describe it as unlike the adult due to allometry when allometric growth has not been shown in related taxa. All of what Kruger et al. said about pachyostosis may be true, but it awaits a real juvenile Anteosaurus skull to present as evidence. Kruger et al. cited these: 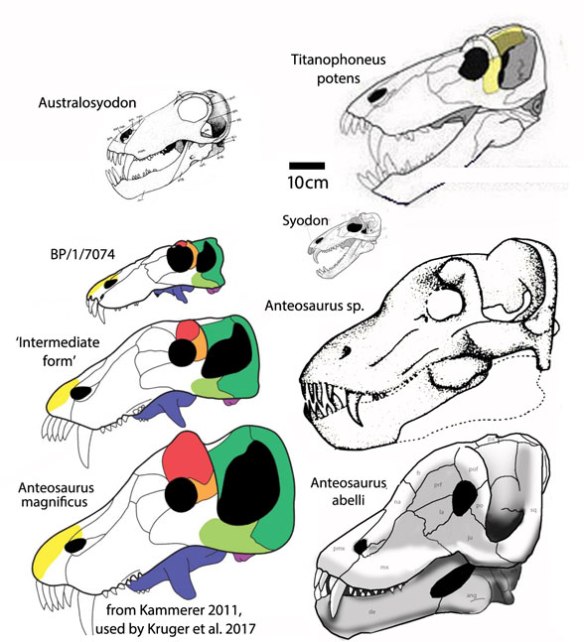 Figure 2. Kruger et al. 2017 figure 21. provided “Ontogenetic changes in the skull of Anteosaurus; A. juvenile; B, intermediate sized; C, adult sized, redrawn from Kammerer 2011. Their figure 20 labeled the intermediate sized skull as Titanophoneus. So this is a phylogenetic series, not an ontogenetic one.

Misdirection
In Kruger et al. 2017 their figure 21 provided “Ontogenetic changes in the skull of Anteosaurus; A. juvenile; B, intermediate sized; C, adult sized, redrawn from Kammerer 2011” (skulls with colored bones in Fig. 2). However, their figure 20 labeled the intermediate sized skull as Titanophoneus (redrawn from Kammerer 2011), even though it is not a close match to the real Titanophoneus (Fig. 2). So they presented a phylogenetic series, not an ontogenetic one. That intermediate skull is not Anteosaurus and neither is the juvenile.

Given the choice of describing
the first known Anteosaurus juvenile skull or just another Australosyodon skull, Kruger 2014 and Kruger et al. 2017 opted for the former. 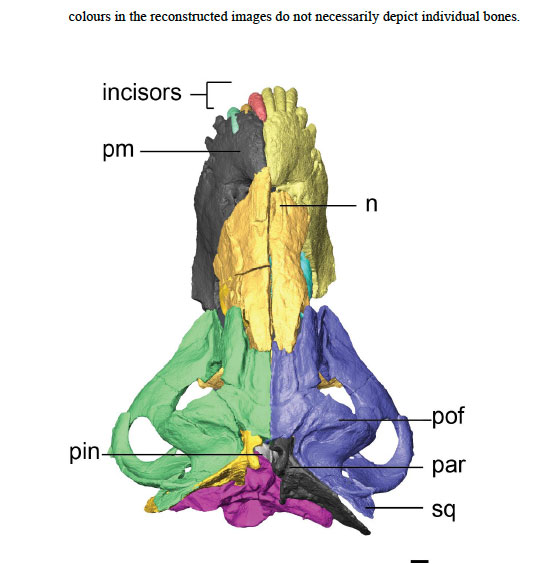 Figure 3. From Kruger et al. 2017 the parts of BP/1/7074 colorized to show how the bones were ‘disarticulated.’ This is not disarticulation. This is disassembly of articulated bones.

More misdirection
The abstract describes the bones as ‘unfused’ and therefore juvenile. However the bones did not come out of the ground separate from one another (Fig. 3) and the bones of Syodon are also unfused as an adult. If the bones are indeed juvenile, then they are related to Australosyodon and Syodon, not Anteosaurus.

Statistics, graphs, CT scans and all the high tech data in the world
won’t help you if you don’t have a phylogenetic analysis as your bedrock. You have to know what you have before you can describe it professionally.

From the conclusion
“The ontogenetic series of Anteosaurus magnifies is represented by skull lengths varying from 280 to 805 mm. The most important morphological modifications of the skull are the development of pachyostosis, the positive allometries of the temporal opening, and the postorbital and suborbital bars, which become increasingly robust in adults (Fig. 21). The anterior portion of the snout also grew relatively faster. Adults show proportionally smaller orbits and an increase in the angle between the nasal and the frontal. On the skull roof, the pineal boss increases in height and there is a greater degree of pachyostosis around it. The cranial morphology of juvenile Anteosaurus appears broadly similar to that of the Russian Syodon.”

From the Kruger thesis
“Only two genera of anteosaurs, Australosyodon and Anteosaurus, are recognised from the Karoo rocks of South Africa.” Once again, phylogenetic analysis brings us to a different conclusion. We have to put away our assumptions until the analysis is complete.

We’ve seen before
how the lack of a rigorous large gamut phylogenetic analysis can affect conclusions.

3 thoughts on “A juvenile Anteosaurus? No.”