In order to understand
the interrelationships of reptiles, one needs to known where to begin and what came before the beginning. Earlier the large reptile tree (LRT) recovered the Viséan Silvanerpeton and the Late Carboniferous Gephyrostegus bohemicus at the base of the Amniota (= Reptilia) with origins in the early Viséan or earlier (340+mya). 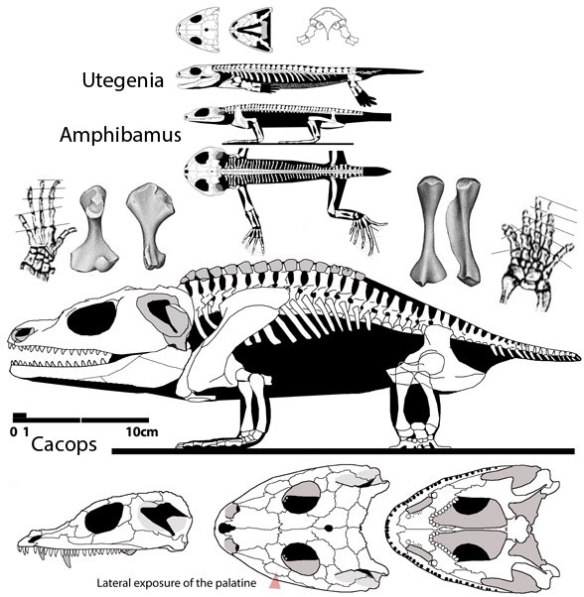 Figure 1. Cacops and its sisters in the LRT.

A recent objection
by Dr. David Marjanovic suggested that the basal tetrapod, Cacops, was not a lepospondyl, but actually a temnospondyl.

Figure 1. Sclerocephalus in situ and reconstructed. To no surprise, this taxon nests with Eryops among the temnospondyls. Note the expanded ribs.

That’s worth checking out.
So I added taxa: Sclerocephalus and Broiliellus (Fig. 2). The former nested with Eryops as a temnospondyl. The latter nested with Cacops and the lepospondyls. The new taxa did not change the topology. So… either the present topology is correct, or I’ll need some taxon suggestions to make the shift happen. 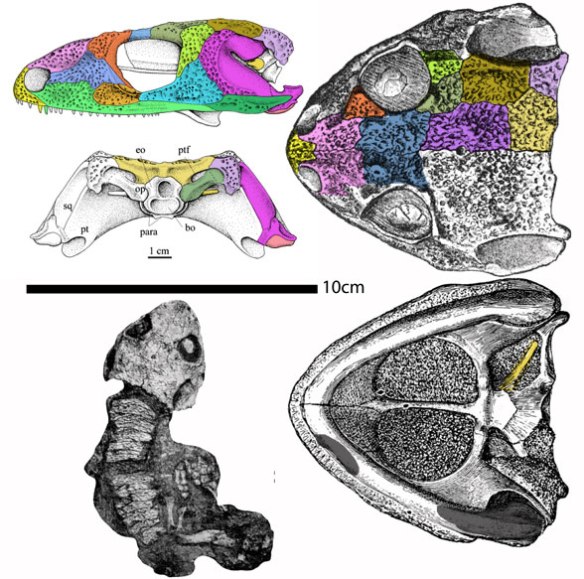 Figure 1. Broiliellus skull. This taxon nests with Cacops among the lepospondyls, derived from a sister to the Seymouriamorph, Utegenia. Note the ‘new’ bone between the lacrimal and jugal. That’s a surface appearance of the palatine!

The large reptile tree tells us
that reptiles and lepospondyls are all seymouriamorphs with Utegenia at the last base of the lepospondyls, but known only form late-surviving taxa at present. Lepospondyls continue to include Cacops and Broiliellus, along with extant amphibians and microsaurs, which mimic basal reptiles. Most of these taxa should be found someday in Romer’s Gap prior to the Viséan in the earliest Carboniferous or late Devonian.

Seymouriamorpha
Wikipedia reports, “[Seymouriamorpha] have long been considered reptiliomorphs, and most paleontologists may still accept this point of view, but some analyses suggest that seymouriamorphs are stem-tetrapods (not more closely related to Amniota than to Lissamphibia) aquatic larvae bearing external gills and grooves from the lateral line system have been found, making them unquestionably amphibians. The adults were terrestrial.

The LRT finds
seymouriamorphs basal to reptiles + lepospondyls. The latter includes lissamphibians (all extant amphibians , their last common ancestor and all of its descendants) and several other clades, including Microsauria, Nectridea, and several very elongate taxa.

Dissorophididae
Wikipedia reports, “It has been suggested that the Dissorophidae may be close to the ancestry of modern amphibians (Lissamphibia), as it is closely related to another family called Amphibamidae that is often considered ancestral to this group, although it could also be on the tetrapod stem. The large reptile tree also recovers this relationship. Cacops and Broiliellus are both considered dissorophids.

References
Lewis GE and Vaughn PP 1965. Early Permian vertebrates from the Cutler Formation of the Placerville area, Colorado, with a section on Footprints from the Cutler Formation by Donald Baird: U.S. Geol. Survey Prof. Paper 503-C, p. 1-50.
Moodie RL 1909. A contribution to a monograph of the extinct Amphibia of North America. New forms from the Carboniferous. Journal of Geology 17:38–82.
Reisz RR, Schoch RR and Anderson JS 2009. The armoured dissorophid Cacops from the Early Permian of Oklahoma and the exploitation of the terrestrial realm by amphibians. Naturwissenschaften (2009) 96:789–796. DOI 10.1007/s00114-009-0533-x
Williston SW 1910. Cacops, Desmospondylus: new genera of Permian vertebrates. Bull. Geol. Soc. Amer. XXI 249-284, pls. vi-xvii.
Williston SW 1911. Broiliellus, a new genus of amphibians from the Permian of Texas. The Journal of Geology 22(1):49-56.