Figure 4. Hippopotamus. This stout, wide-faced, fanged mammal does not nest with deer.

The following clears up
another fine mess traditional paleontologists have provided based on taxon exclusion and professional bias. Today, let’s talk about the ancestry of hippos (Fig. 1). 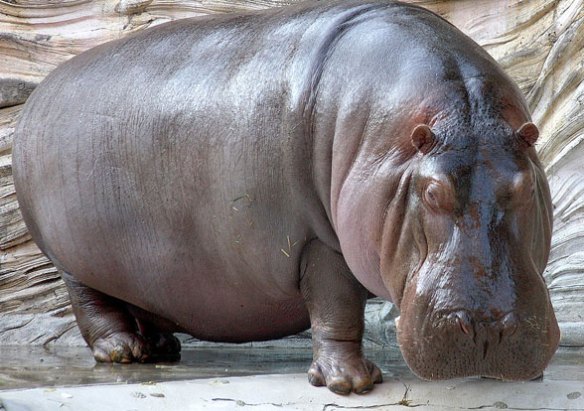 Figure 1. Living hippopotamus. Now I ask you, does this look like a relative to deer and giraffes? Or to mesonychids?

Wikipedia, representing traditonal paleontology, reports
here, “The earliest known hippopotamus fossils, belonging to the genus Kenyapotamus in Africa, date to around 16 million years ago. Hippopotamidae are classified along with other even-toed ungulates in the order Artiodactyla. Other artiodactyls include camels, cattle, deer and pigs, although hippopotamuses are not closely related to these groups.”

Do you sense the underlying problem here?
They say, hippos are in the Artiodactyla, but not close. This is what is known as a ‘red flag’.

But wait, there’s more! “The most recent theory of the origins of Hippopotamidae suggests that hippos and whales shared a common semiaquatic ancestor that branched off from other artiodactyls around 60 million years ago.”

This is all getting to be completely bogus (based on LRT results)
And very disturbing. Tenrecs are the sisters to whales, as we learned earlier here. But wait, there’s more. “A rough evolutionary lineage can be traced from Eocene and Oligocene species: Anthracotherium and Elomeryx to the Miocene species Merycopotamus and Libycosaurus and the very latest anthracotheres in the Pliocene. Look those taxa up. They’re all skinny, long-legged terrestrial grazers. Not hippo-like at all ~

As an example, here’s Anthracotherium….
a big artiodactyl and an anthracothere (Fig. 2). Does it have huge fangs on a wide gape like a hippo? No. It’s just a big old prehistoric deer. Superficially, it does look like a giant tenrec with that long rostrum, but it does not nest with Andrewsarchus, a real giant tenrec.

Figure 2. Anthracotherium and the anthracotheres nest with their long narrow tiny tooth snouts with Ancodus, deer and other gracile artiodactyls, not hippos. Whale ancestors do have a long rostrum, but they are hoof-less like tenrecs, not hoofed like ungulates.

Figure 3. Ocepeia: before and after. The original reconstruction is here compared to a tracing of CT scan, duplicated left to right. From the Paleocene, Ocepeia is the current sister to Hippopotamus and mesonychids in the LRT. Already the wide rostrum and high orbit are apparent.

Here’s how the LRT sees it
Apparently hippos have an ancestry that extends at least into the Paleocene.

Ocepeia daouiensis (Gheerbrant et al 2001, 2014; Paleocene, 60 mya; 9 cm skull length) was considered the oldest known of the ‘Afrotherians’ known from skulls, but the ‘Afrotheria’ is an invalid clade. Gheerbrant et al. 2016 nested Ocepeia with aardvarks and Potamogale, an extant aquatic tenrec. These were all derived from a sister to Arctocyon nesting within the Arctocyonidae. The LRT nested Arctocyon as an omnivorous marsupial.

The pneumatized skull of Ocepeia
contains many air spaces, even though it is relatively small. Slightly larger skulls have larger canines and so are considered male.

Wikipedia reports, “Mammals are extremely rare in the Ouled Abdoun in contrast to the associated marine vertebrate fauna which includes sea birds, sharks, bony fish, and marine reptiles (including crocodilians, sea turtles, and the sea snake Palaeophis). Terrestrial species were probably transported off shore into the Moroccan sea before fossilization.” Apparently ignored by traditional paleontologists as possible candidates in this formation, hippos and their ancestors, like Ocepeia, could have been aquatic even at that early stage.

Figure 4 Robust Harpagolestes nests between the hippos and Mesonyx. Now, doesn’t this look more like a hippo? The LRT agrees with you.

Long known as a robust mesonychid
Harpagolestes makes a good interim taxon between Mesonyx and hippos. Look at hose tusks! Yet it had not yet developed the low, wide skull and elevated orbits that characterize surface dwelling hippos, like Hippopotamus and Ocepeia.

Figure 5. Mesonyx, the first known mesonychid was a sister to Hippopotamus in the large reptile tree. So maybe it was a plant eater. Now with the addition of Ocepeia and Harpagolestes, it moves a little further away.

We should someday find
mesonychids, like Mesonyx, in Cretaceous strata based on its phylogenetic nesting and the Paleocene placement of Ocepeia.