There are a few extinct mammals
that are so distinctly different from all others that, like ‘the cheese,’ they seem to stand alone. But that’s not possible. This is, after all, evolution where every taxon is related, whether closely or distantly, to every other taxon. That means all the answers can be found in phylogenetic analysis. Here we’ll use the large reptile tree which keeps on working, now at 775 taxa.

Figure 1. Arsinoitherium in several views. This is one specimen that splits the horns down to their bases. See figure 2 for other specimens that merge the twin horns medially.

So it is with
Arsinoitherium zitteli (Beadnell 1902, Figs. 1, 2; late Eocene, early Oligocene, 36-30 mya) which Wikipedia describes as, “an extinct genus of paenungulate mammal belonging to the extinct order Embrithopoda. It is related to elephants, sirenians, hyraxes and the extinct desmostylians.” None of these candidates have any hint of the huge nasal and tiny frontal horns that make Arsinoitherium distinct. Another trait that makes Arsinoitherium distinct is its nearly complete arcade of teeth, none of them tusks, in which the canine is absent (or at least indistinct) and the medial incisor is missing. The premaxilla also redevelops an ascending process of the premaxilla, a trait not seen in mammals since their origin in the Triassic. 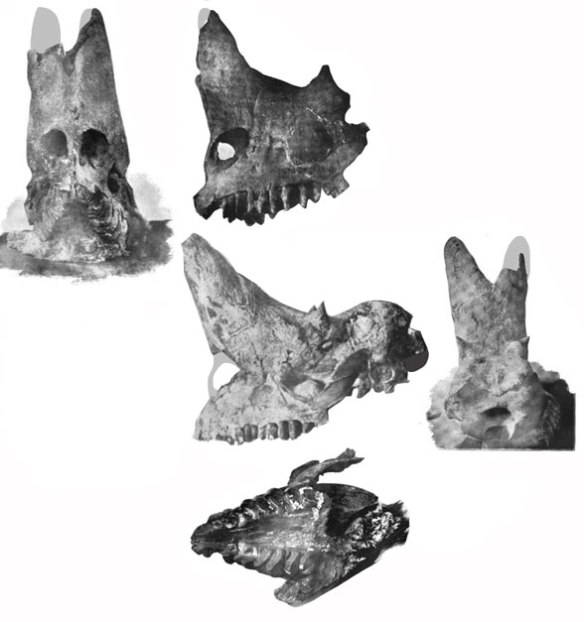 Figure 2. Two other specimens of Arsinoitherium where the nasal horns do not separate except at the top. Images from Andrews 1906.

So if you add
Arsinoitherium to the large reptile tree (Subset Fig. 2) it does not nest with elephants, sirenians and hyraxes all of which have premaxillary tusks. Instead Arsinoitherium nests with Uintatherium (Figs. 3, 4), a similarly sized and built herbivore with horns all over its skull, including medium-sized nasal horns and larger frontal horns. The tooth arcade is not complete in Uintatherium and the canine enlarges to become a sabertooth.

Figure 5. Uintatherium skull with a different set of horns and a different sort of tooth row with large canines and only vestigial inicisors.

The postcrania
of Uintatherium and Arsinoitherium are practically interchangeable. Both have five short fingers and toes, robust limbs, wide hips and a short neck. Hornless Phenacorus was the last common ancestor among tested taxa (Fig. 5).

Figure 4. Uintatherium overall. Note the postcranial similarities with Arsinoitherium. Both have five fingers and toes. 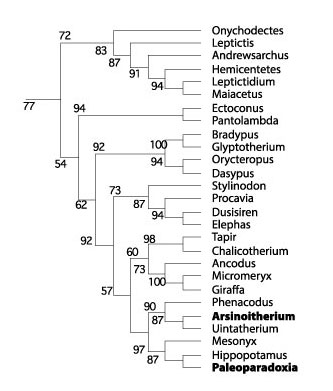 Figure 5. Arsinoitherium nests with Uintatherium in the large reptile tree.

So why was the Arsinoitherium/ Unitatherium relationship not recognized earlier?
Not sure why this was overlooked. The skulls are distinctly different in several respects. In the end, PAUP finds the path of least resistance, otherwise known as maximum parsimony, from the choices (taxa) it is given. In this case, until more closely related taxa can be added, Arsinoitherium nests with Uintatherium, with which it shares more traits than it does with elephants, sirenians and hyraxes, which nest together in a nearby clade outside the Ungulata (Fig. 5).