Hypsibema missouriensis
(Cope 1869; Gilbert and Stewart 1945; Gilbert 1945; Baird and Horner 1979; Darrough et al. 2005; Parris 2006; Campanian, 84-71 mya, Late Cretaceous) is a fairly large hadrosaurid dinosaur discovered in 1942, at what later became known as the Chronister Dinosaur Site near Glen Allen, Missouri. At present this literal pinprick in the map of Missouri is the only site that preserves dinosaur bones. 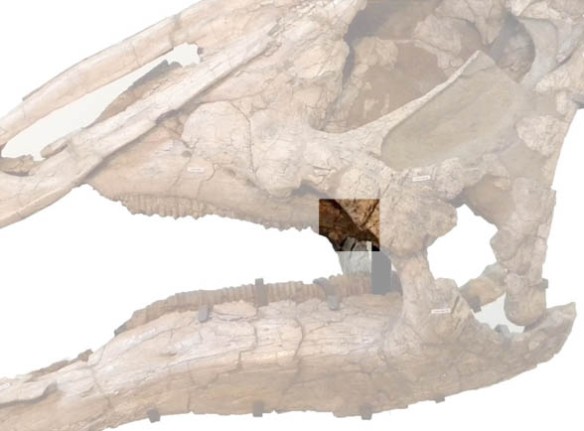 Figure 2. Where the Hypsibema maxilla chunk (Figure 3) came from modeled on the skull of Saurolophus.

Small pieces of broken bone and associated caudals and toes
were first discovered when digging a cistern. They had been found about 8 feet (2.4 m) deep imbedded in a black plastic clay. The area is in paleokarst located along downdropped fault grabens over Ordovician carbonates.

Gilmore and Stewart 1945 described a series of Chronister caudal centra (now at the Smithsonian) as sauropod-like, reporting, “The more elongate centra of the Chronister specimen, with the possible exception of Hypsibema crassicauda Cope, and the presence of chevron facets only on the posterior end appear sufficient to show that these vertebral centra do not pertain to a member of the Hadrosauridae.”

Back in the 1980s
I enjoyed going to the Chronister site with other members of the local fossil club, the Eastern Missouri Society for Paleontoogy. I was lucky enough to find both a maxilla fragment (Fig. 3) and a dromaeosaurid tooth. I remember the horse flies were pesky and  one morning, before the other members got there, I was met by a man with a shot gun who relaxed when I identified myself. A friend found a series of hadrosaur toe bones, each about as big as a man’s hand (sans fingers). The bone was so well preserved you could blow air through the porous surfaces.