A not so recent PLOSOne paper (Vidovic and Martill 2014, Late Jurassic) on Pterodactylus scolopaciceps (Meyer 1860, BSP 1937 I 18 (Broili 1938, P. kochi No. 21 of Wellnhofer 1970, 1991) provided the images seen here (Figs. 3, 4). It is one of the best preserved pterosaurs of all. Earlier we critically examined Vidovic and Martill 2014 here. A few short notes and images (Figs. 1,2) below will summarize those criticisms. Otherwise, the photos bring today’s news: tracings of the overlooked coracoids, sternal complex and an early embryo (Figs. 4, 5).

Vidovic and Martill reported,
“The majority of pterosaur species from the Solnhofen Limestone, including P. scolopaciceps are represented by juveniles.” This is utter rubbish.  Several hummingbird- to sparrow-sized adults, yes! …and some with long rostra! …but no verifiable juveniles, EXCEPT the juvenile of the giant Rhamphorhynchus recovered and described here. Remember, pterosaur embryos and juveniles are close matches to their parents as they develop isometrically, able to fly upon hatching, not allometrically. The large pterosaur tree demonstrates the phylogenetic miniaturization is what saved certain pterosaur lineages from extinction following a great radiation in the Late Jurassic. This is evidence Vidovic and Martill refuse to accept.

Vidovic and Martill continue:
“Consequently, specimens can appear remarkably similar due to juvenile characteristics detracting from taxonomic differences that are exaggerated in later ontogeny.” More rubbish based on adherence to Bennett (1996, 1996. 3006) who synonimized dozens of Solnhofen specimens without so much as an attempt at phylogenetic analysis, which lumps and separates the lot into individual taxa here. The Vidovic and Martill cladogram includes only 33 taxa (10 from Solnhofen) and lumps several pterosaurs successfully together (tapejarids, ctenochasmatids, pteranodontids), but fails to put these clades correctly into large clades, nesting sharp beak toothless taxa with broad beak toothy taxa, etc. etc.

Vidovic and Martill dig themselves deeper
“A hypodigm for P. scolopaciceps, comprising of the holotype (BSP AS V 29 a/b) and material Broili referred to the taxon is described. P. scolopaciceps is found to be a valid taxon, but placement within Pterodactylus is inappropriate. Consequently, the new genus Aerodactylus is erected to accommodate it.” As you can see (Figs. 1, 2) and as has been tested, placement within Pterodactylus (Fig. 2)  is MORE appropriate than nesting with purported sisters promoted by Vidovic and Martill (Fig. 1).

Figure 1. Sister taxa of “Aerodactylus” according to Vidovic and Martill 2014 include Gladocephaloideus and Cycnnorhamphus. More rubbish. Neither are even related to one another as the former is a ctenochasmatid and the latter, of course, is a cycnohrmphid. Click to enlarge.

Evolution works in minute steps
and the more traits shared between specimens, both overall and in minute detail, the more closely they are related. Vidovic and Martill may also be working under the false assumption that pterosaurs are archosaurs and follow archosaur fusion patterns. No. Pterosaurs are lepidosaurs and follow lepidosaur fusion patterns, which are largely phylogenetic, not ontogenetic, as reported earlier.

Figure 2. Click to enlarge. The large pterosaur tree nests these three taxa together. So this Pterodactylus (BSP AS V 28a/b) really is a Pterodactylus (contra Vidovic and Martill)

Enough about that paper.
I was drawn to this specimen (Fig. 3) because I did not have data for the coracoids and took another look for them with this excellent photo.

Figure 3. Pterodactylus scolpaciceps from Vidovic and Martill 2014 with elements below the ribs traced in color. Soft tissue is persevered in this specimen, and so is an embryo.

Lo and behold
the coracoids and sternal complex were visible as impressions (Figs. 3, 4) and there was something else further back… an embryo. Not full term. Not fully ossified. The wings are invisible or lost among the ribs and gastralia. Unlike 3D eggs, crushed fossils lay out all the elements into a single bedding plane.

Figure 4 Closeup of the torso of Pterodactylus scolopaciceps showing the coracoids, sternal complex and a passenger. I was drawn to revisit this specimen because I lacked data for the length of the coracoids. This excellent image provided that data and possibly more. The bones of the embryo are not fully ossified yet. The shell is not formed. Those happen closer to the time just before egg-laying.

The embryo
is the right size, shape and morphology to someday pass through the pelvis. The bones are soft and underdeveloped. No trace of an eggshell is apparent, but that’s not supposed to happen until the last stages of gestation. 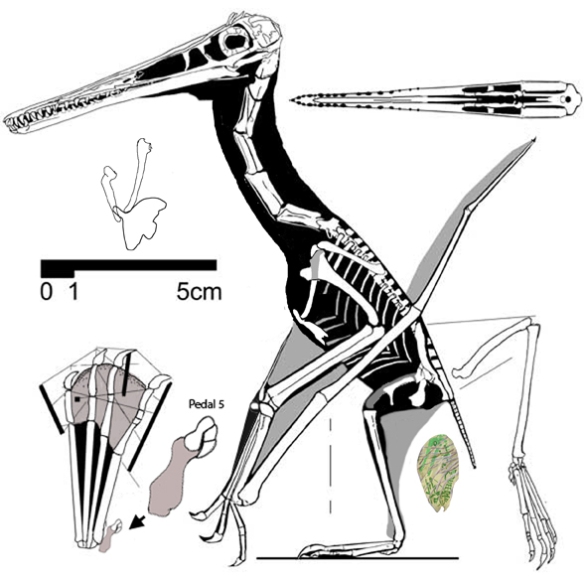 Figure 5. Pterodactylus scolopaciceps reconstructed with the passenger shown here expelled. It is the right size, shape and morphology to be an embryo within an egg.

Unlike archosaurs
lepidosaurs carry their young for longer terms, sometimes to the point of live birth (viviparity). Earlier I proposed that pterosaurs, like some of their sister lepidosaurs, carried their embryos until just prior to hatching. Other workers, all of whom consider pterosaurs archosaurs, thought egg burial was their method of reproduction. Not sure how they imagine a fragile pterosaur with tearable wing membranes would manage to dig through whatever dirt, sand or debris they were buried in. The aborted egg of Darwinopterus similarly contains an immature and unossified embryo. We also have an aborted fetus in Anurognathus and an aborted egg in the tiny pterosaur, Ornithocephalus added to the Pterodaustro embryo, the ornithocheirid embryo (revised recently) and the (relatively) giant, proto-anurognathid embryo.

How many pterosaur fossils are pregnant?
If they are doing their job, half of the adults should be pregnant, unless females greatly outnumber males, then that percentage goes up. Very few, however, will be preserved with late stage embryos that preserve even impressions of bones. As everyone knows the thinnest bone walls in the animal kingdom are pterosaur bones, thinner yet in embryos and  softer yet in younger embryos.

It’s time people
It’s time to let go of those old paradigms about pterosaur origins, wing shape and interrelationships. Those old hypotheses are not working. They cannot be verified. They are the stuff of myth. I would hate to think that these workers are refereeing manuscripts.

Carl Sagan said this about letting go of old paradigms,
“The essence of the Scientific method is the willingness to admit your’re wrong, to abandon ideas that don’t work, and the essence of religion is not to change anything, that supposed truths are handed down by some revered figure and no one is to make any progress beyond that because all the truth is thought to be in hand.”

References
Bennett SC 1995. A statistical study of Rhamphorhynchus from the Solnhofen Limestone of Germany: Year-classes of a single large species. Journal of Paleontology 69:569-580.
Bennett SC 1996. Year-classes of pterosaurs from the Solnhofen limestone of Germany: Taxonomic and systematic implications. Journal of Vertebrate Paleontology 16: 432–444.
Bennett SC 2006. Juvenile specimens of the pterosaur Germanodactylus cristatus, with a review of the genus. Journal of Vertebrate Paleontology 26:872–878.
Vidovic SU, Martill DM 2014. Pterodactylus scolopaciceps Meyer, 1860 (Pterosauria, Pterodactyloidea) from the Upper Jurassic of Bavaria, Germany: The Problem of Cryptic Pterosaur Taxa in Early Ontogeny. PLoS ONE 9(10): e110646. doi:10.1371/journal.pone.0110646

2 thoughts on “A peek beneath the ribs of Pterodactylus scolopaciceps”