The Cau, Brougham and Naish 2015 analysis
includes a very intimidating 1549 characters and 120 taxa. That’s so overwhelmingly huge that it does not invite examination and testing. So, I broke it up. I reexamined only the first 518 characters and I focused on only one taxon that appeared to be mis-nested, Limusaurus. Cau, Brougham and Naish nested meter long Limusaurus with the giant Majungasaurus (Fig. 1).

Figure 1. Limusaurus and Majungasaurus to scale. Cau, Brougham and Naish report these are sisters.

Even at first glance
when you look at Majungasaurus and Limusaurus in vivo, they don’t appear to be sister taxa, as the Cau, Brougham and Naish study recovers. Four aspects of these two taxa appear to unite them: 1) the dorsal vertebrate; 2) the ventrally robust scapula; 3) the tiny forelimb and 4) the four-fingered hand.

The scapula and tiny forelimb
Limusaurus and Majungasaurus have a similar scapula that is quite broad ventrally where it meets the coracoid. Such a shape produces similar scapular scores. No one is quite sure why tiny (vestigial) forelimbs sometimes correlate to a robust pectoral girdle, but they do here and in Effigia. The tiny forelimb scores are similar in Limusaurus and Majungasaurus, but these may be due to convergence, as recovered by the large reptile tree, rather than homology, as Cau, Brougham and Naish recover.

Four finger problem
Basal theropods have four metacarpals and sometimes four fingers (1-4), as seen in Majungasaurus. Limusaurus likewise has four fingers, but they are not the same four fingers. In Limusaurus a new medial finger, “finger 0,” lost for millions of years, has reappeared because the hand is essentially an embryo hand. So Limusaurus has fingers 0-3. By not accounting for that difference the Cau, Brougham and Naish study found similar traits in mislabeled digits.

Other scoring problems
In the first 518 characters employed by Cau, Brougham and Naish I found dozens of scoring errors surrounding Limusaurus and taxa nesting near it. Nearly all of these tended to and finally did nest Limusaurus with Khaan (Fig. 3), an oviraptorid, with which it shares not only an overall appearance and size, but the detailed scores also match pretty well. 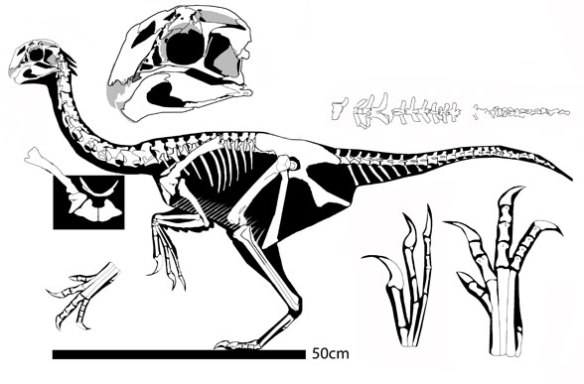 Figure 3. Khaan, an oviraptorid that nests with Limusaurus in the large reptile tree AND the repaired Cau, Brougham and Naish tree.

Other scoring errors
In the Cau, Brougham and Naish analysis I found scores for invisible traits (i.e. three scores for only two choices). I found a lack of scoring for traits that are visible in certain taxa (i.e. when tooth details were described, there was no option for ‘teeth vestigial or absent,’ so in Limusaurus and Khaan these traits were left unscored). I found scoring for traits that were not exposed in the specimen (example above). I found some traits descriptions to be overly verbose, or just plain confusing (242: “dorsal rib ventral process” — is that the rib itself? or what? If you Google those four words in quotes they cannot be found in the system).

To their credit
Cau, Brougham and Naish reported on characters that I had never considered before. In the large reptile tree those traits are not necessary to completely resolve the theropods. Some day those traits may be necessary and, if so, I will employ them.

To their discredit
Cau, Brougham and Naish employed ten times as many parsimony informative character traits (1549 vs 151) than were necessary, and still were unable to completely resolve their theropods. There should have been more method and less madness. Once they crossed the threshold of 150 or so characters without resolution (Wiens 2003) they should have looked for errors in their dataset. Hundreds of times I have found that data errors prevent full resolution. And reconstructions help to expose many of those errors.

By such evidence and methodology
others might have chosen to blackwash every thing that Cau, Brougham and Naish do from this day forward, tarnishing their reputations, as Naish and others have done to ReptileEvolution.com. Blackwashing is never appropriate. Repairs can and should be made whenever and wherever they are discovered.

I will continue to repair my dataset,
as I have always done. That’s good Science.