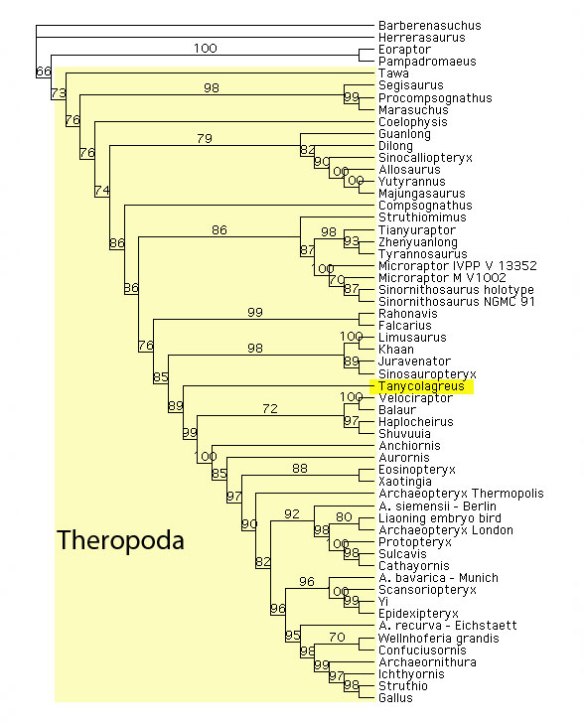 Figure 1. the nesting of Tanycolagreus in the large reptile tree (628 taxa), this time NOT with tyrannosaurs, but with pre-birds and ‘raptors. The origin of birds is becoming better known here with this generalized ancestral taxa to both the raptors and birds.

Tanycolagreus has a very generalized skeleton.
Tanycolagreus topwilsoni (Carpenter et al., 2005, Late Jurassic, TPII 2000-09-29, 3.3m, restored skeleton (Fig. 2) based on several specimens) was originally considered a coelurid, then a basal tyrannosauroid by several authors. The large reptile tree nests it at the base of the dromaeosaur/pre-bird split. Tanycolagreus was derived from a sister to the Haplocheirus clade and was basal to the pre-birds, Anchiornis and Aurornis.  The fore limbs are mid-length between the short-armed taxa and the long-armed taxa. The hind limbs are likewise not very long, nor very short.

It has no ‘killer toe claw.’
And the tail is not stiffened with elongated zyophophyses. Nor is the pubis rotated posteriorly. Nor was it a likely flapper as the coracoids are really short. Nor was it a long-legged sprinter. Phylogenetic bracketing gives this theropod feathers. 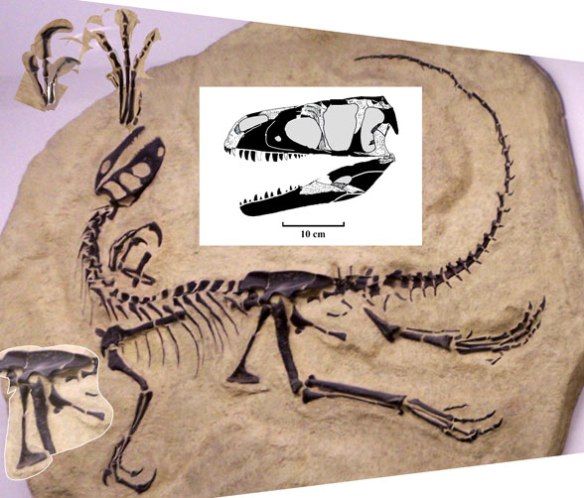 Figure 2. Restored skeleton of Tanycolagreus based on several specimens (chimaera). Skull modified from Tracy Ford’s Paleofile. Note the new ventral orientation of the pubis to match articular surfaces presented here. Tiny pedal digit 5? is located closest to digit 4 in both pedes. Metatarsals are broken at mid length on the upper pes. Note the mid-size forelimbs, not very short and not very long.

Added the day after the blog publication:
a reconstruction of Tanycolagreus (Fig. 3). 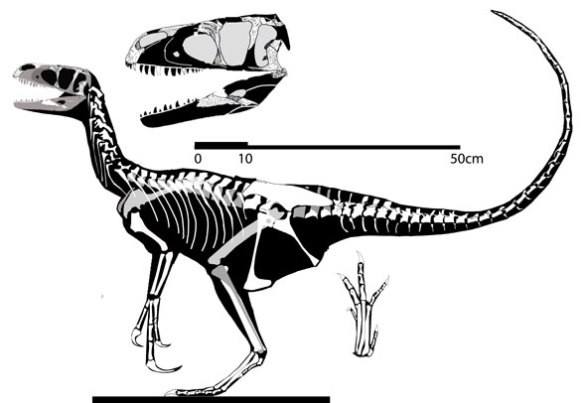 I’m not trying to stir the pot here.
As before, as for all of the other 627 taxa, I’m merely letting the data take the tree (still fully resolved) where it wants to go, presumably echoing actual prehistoric events.

PS
Let’s remember that Raymond Dart and Eugene DuBois were both chastised and ignored for their discoveries by the paleontological authorities of their time who were more interested in sustaining the myth of Piltdown man. Interesting YouTube video of their discoveries here.

PPS
Some innovations regarding the depiction of plate tectonics on a graphic sphere can be seen here.