There has been a recent rise in interest
in the new nestings of the theropods recovered here, here, here and here. The present post provides a summary of images and traits from the large reptile tree (Fig. 1).

Figure 1a. A more recent (2018) clade of Theropoda updated with more taxa.

Figure 1b. 2015 cladogram of the Theropoda, including the Compsognathus-Tyrannosaurus clade.

The large reptile tree
nests Compsognathus at the base of a clade that includes Microraptor, Sinornithosaurus, Tianyuraptor, Zhenyuanlong and Tyrannosaurus (Fig. 2). The middle taxa (above) are traditionally considered dromaeosaurs and indeed nest with dromaeosaurs in very large cladograms focused on theropods (Cau et al. 2015).

Figure 2. Taxa in the Compsognathus/Tyrannosaurus clade, a subset of the large reptile tree to scale. Also included are Microraptor, Sinornithosaurus, Tianyuraptor and Zhenyuanlong.

Unfortunately
the large reptile tree does not confirm many of the nestings recovered by the Cau et al. study, which employed many more taxa and characters specific to theropods (to their credit), not generalized to all reptiles. They also did not create reconstructions of included taxa, so the researcher has to look at their character scores to confirm validity. Sometimes a picture streamlines difficult tasks like this. Cau eta al updated the matrix of Lee et al. 2014 (which included two of the former authors). So they didn’t have to examine each taxon, nor photographs or drawings of each and every taxon. Likely they accepted most of the data as correct — which it indeed may be. But in Science, remember, EVERYTHING is provisional, even what you read and see here.

The Cau et al. study
nested Archaeopteryx (as only one taxon) basal to Xiaotingia, Rahonavis and Balaur. By contrast the large reptile tree nests these taxa basal to six specimens of Archaeopteryx, each basal to distinct derived avian clades.

Distinct from other theropods
(in the large reptile tree), this clade (Fig. 2) shares the following traits:

Of course
these and many other traits are shared with other taxa by convergence. As always, it is the suite of traits that nests taxa. 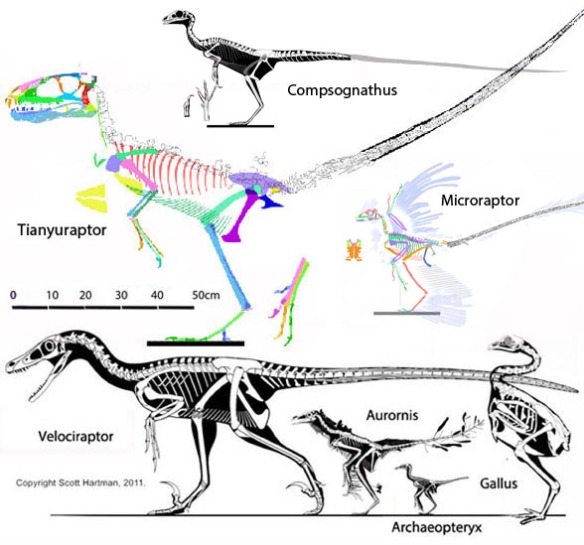 Figure 3. Bird origins. Apparently the four-winged microraptors were no in the direct line of living birds.

The Sinornithosaurus pelvis
is indeed similar to that of Velociraptor pelvis (Fig. 3). Similar, yes, but also distinct in morphology.

I’m just reporting results
and they appear (Fig. 2) that make a certain amount of sense. There’s no reason to criticize a worker for methodology. If specific mistakes are found, please alert the author.

Let’s find common ground and figure this out.

2 thoughts on “The Compsognathus-Tyrannosaurus clade to scale”