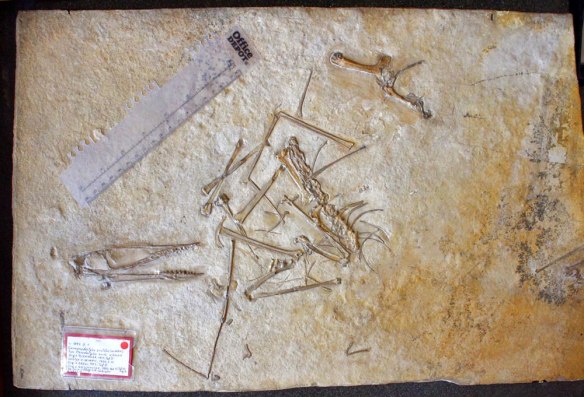 Germanodactylus cristatus (B St 1892 IV 1) is best known from a plate of scattered fossil bones (Fig. 1), but there is also a counterplate that adds data. Today a combination of the plate and counter plate skull material (Fig. 2) refines what we know of G. cristatus, a taxon basal to Dsungaripterus, Sinopterus and Shenzhoupterus and their kin – AND ALSO – not far from the last common ancestor of Elanodactylus, Wenupteryx, Pteranodon and Nyctosaurus.

Figure 2. GIF animation of skull elements (plate and counter plate) with DGS tracings. See figure 3 for reconstruction. Scenes change every 5 seconds. Note the rostral and mandible tip teeth, homologous with those in toothless pterosaurs related to this taxon. Nine frames then repeat.

This B St 1892 IV 1 specimen is fairly easy to trace,
but the palatal and occipital elements are often ignored. Some breakage requires repairs. Some soft tissue is preserved, including the location of the naris within the antorbital fenestra (small gray dot). But also look for a tiny secondary narial opening just anterior to the antorbital fenestra between the nasal and jugal. We looked at the origin of the secondary naris here, at the Scaphognathus node. 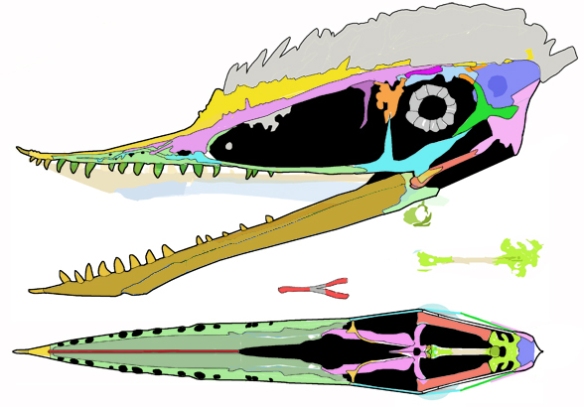 Figure 3. Reconstructiion of Germanodactylus cristatus skull, including palatal and occipital elements, plus a Y-shaped hyoid (tongue bone). The maxilla has large palatal plates. The vomers are gracile and elongated. The pterygoids are in pink They were split in situ with maxillary processes separate from posteromedial portion. Ectopterygoid + palatine = ectopalatine, slender elements ventral here to pterygoids, but actually dorsal in vivo. 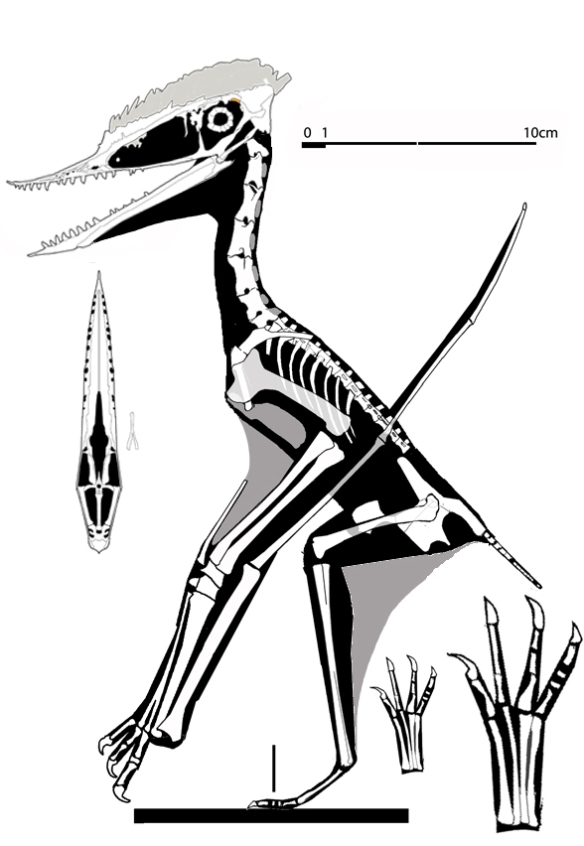