Readers have wondered why I did not include the missing maxillary extensions on Tawa. Here I provide them while continuing to use the bone photo in a reconstruction that still differs from the freehand sketch we’ve all come to know, Sept. 15, 2015. 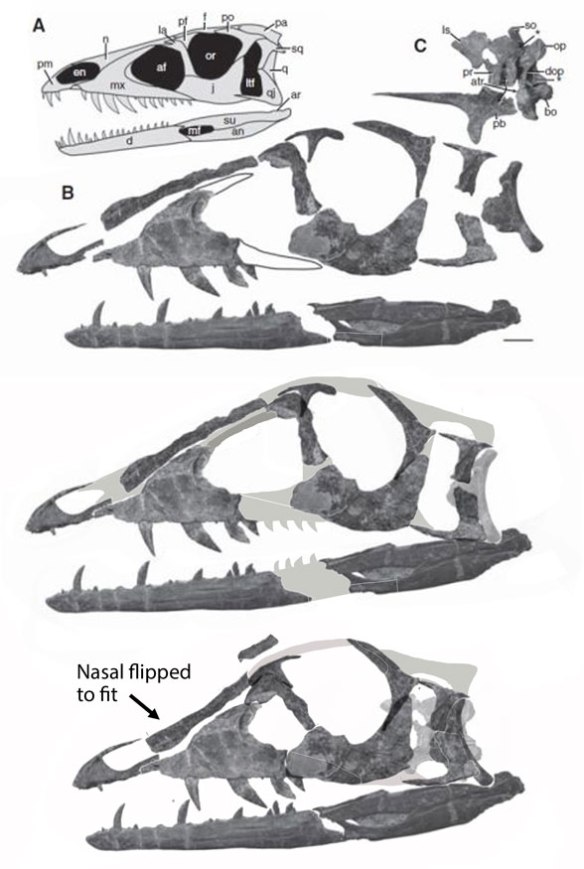 Figure 1. Tawa skull reconstructed using assembled images of the bones rather than a freehand attempt. Guys, Photoshop is our friend, not something to be avoided. Note the bad fit of the the prefrontal on the lacrimal in the longer restoration.

Since its publication
a freehand reconstruction of the skull of Tawa (Nesbitt et al. 2009; Theropoda, Dinosauria, Fig. 1) has been our only guide to its in vivo morphology.

However,
if you put the published bone images together, you get a slightly different face (Fig. 1), whether you add the maxillary and mandible extensions or not, and that affects its scoring on phylogenetic matrices. The new reconstruction also does away with the need for those maxillary extensions. The mandible, if correctly restored, helps confirm the new shorter skull length.

Like Herrerasaurus
a sister to Tawa, the lacrimal and quadrate lean anteriorly, the maxilla (part of the jugal block) extends to mid orbit and the squamosal descending process is more robust than originally reconstructed. If valid, this is one more case (of several hundred) of not needing to see the actual fossil firsthand in order to make a contribution to paleontology.

So, this reminds me of joke…
Tawa walks into a bar. Bartender says, “Hey, why the long face?”

13 thoughts on “Is this the new face of Tawa the basal theropod dinosaur?”