Earlier we looked at some of the earliest known Choristoderes recognized by traditional paleontologists. According to Wikipedia, Choristoderes are difficult to nest. “Cladistshave placed them between basal diapsids and basal archosauromorphs, but the phylogenetic position of Choristodera is still uncertain. It has also been proposed that they represent basal lepidosauromorphs. Most recently, workers have placed Choristodera within Archosauromorpha.”

Gow 1975
considered the skull-only fossil, BPI 2871 (Bernard Price Institute, Fig. 1) a specimen of Youngina, despite its Late Triassic appearance (all other Youngina are Late Permian). For years his drawing (Fig. 1) was the only data I had for this specimen. Recently, and after several years of waiting, a requested image (Fig. 2) from the BPI was emailed and it clarified my understanding of this vaguely-croc-like basal archosauriform — perhaps without an antorbital fenestra — or perhaps this is one of the last taxa in the choristodere lineage to have a vestige antorbital fenestra, as it appears. 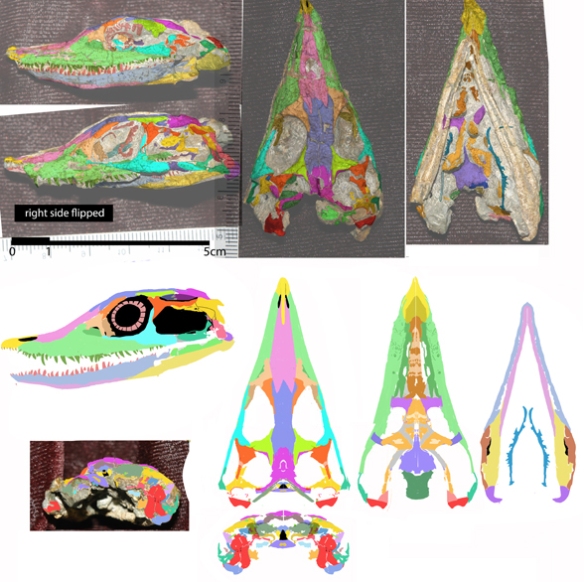 Figure 2. Dorsal, lateral and palatal views of BPI 2871 with bones colorized above. Below, reconstructed images of BPI 2871 tracings. It is more complete than illustrated by Gow 1975. Click to enlarge. Note the tiny remnant of the antorbital fenestra. The squamosal has been broken into several parts.

The new image
of BPI 2871 (Fig. 2) indicates that the skull is more complete than illustrated by Gow 1975. With this new data added to the matrix of the large reptile tree (Fig. 3) the nesting of BPI 2871 shifts it closer to the base of the Choristodera, evidently making it the oldest known member in the Late Triassic (210 mya). 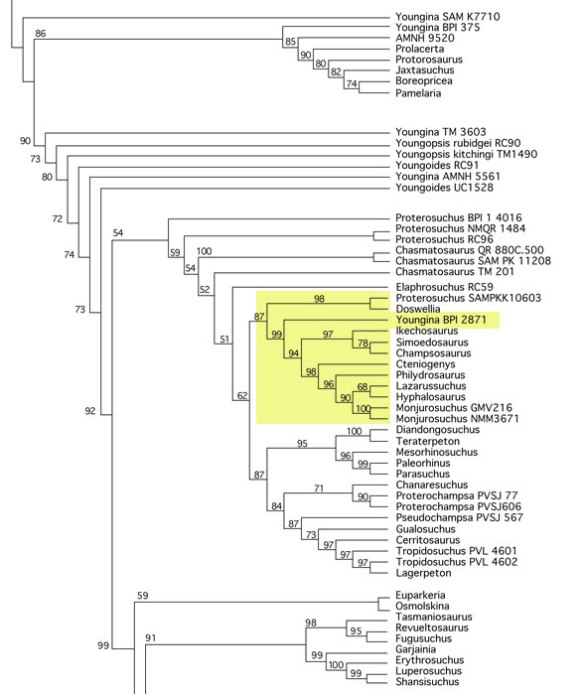 Figure 3. Subset of the large reptile tree focusing on the pararchosauriformes and the Choristodera.

BPI 2871 is distinctly different
in chronology and morphology from Y. capensis, a fact overlooked or ignored by Gow who considered it another specimen of Youngina capensis. Like Bennett (1995, 1996, 2014) Gow was a lumper.

Tiny
BPI 2871 apparently lost the antorbital fenestra (requested lateral views are on the way, I am told). An absent antorbital fenestra is the reason why choristoderes have been difficult to nest in the reptile family tree. In the large reptile tree I simply popped in the traits and let the software recover the nesting. And it all makes sense. Note the resemblance of tiny BPI 2871 to the much larger Chanaresuchus, a related taxon. Like ancestral proterosuchids, BPI 2871 retains an overhanging snout and a shorter mandible. This specimen also retains postparietals.

Doswellia
and a rather large specimen of Proterosuchus (SAM PK-K 10603, early to Middle Triassic) also nest at the base of the Choristodera. Both retain an antorbital fenestra, rather feeble in the case of Doswellia (late Triassic).

Phylogeny
With all the new data BPI 2871 shifted one node over toward the choristoderes. This proves that inaccurate data, in the form of a simple drawing (Fig. 1), can still carry a large amount of data, that in this case, rather accurately places this taxon on the large reptile tree. More data refines that nesting.