Overlooked until now,
today we’ll look at the origin of the antorbital fenestra in the Archosauriformes.

Earlier we learned that the proximal outgroup taxon to the Archosauriformes was Youngoides romeri (FMNH UC 1528; Late Permian; Olson and Broom 1937; Figs.1, 2) 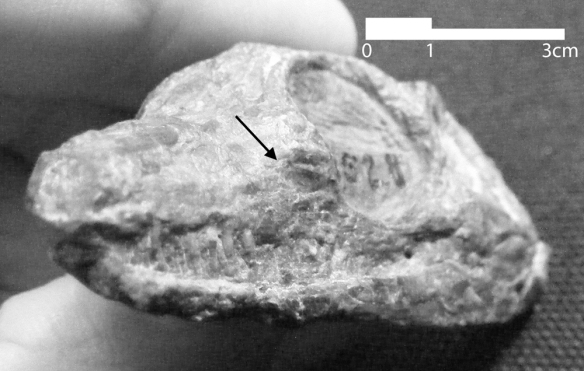 Figure 2. The origin of the antorbital fenestra in Youngoides romeri, FMNH UC1528. This trait has been overlooked until now. Yes, those are my fingers there. 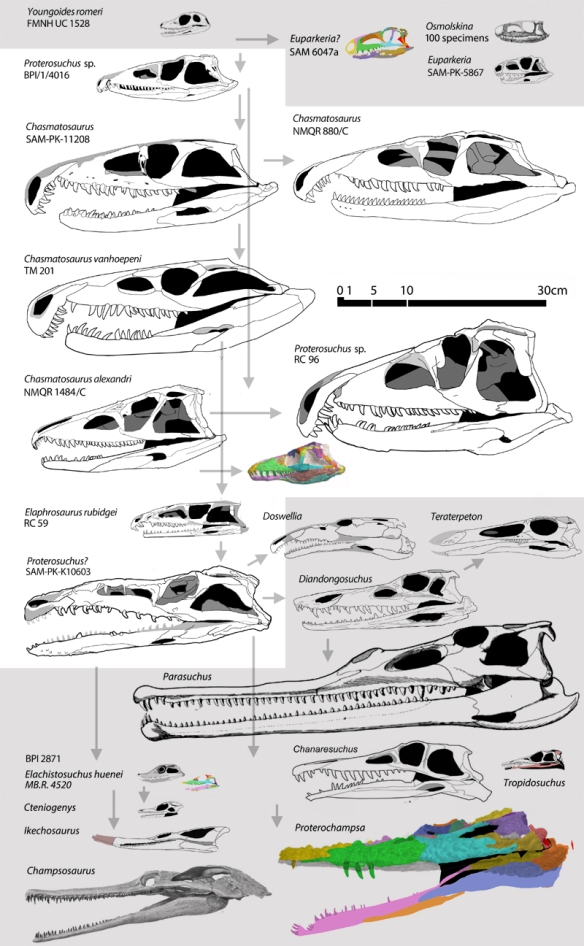 Figure 3. The many faces of Proterosuchus to scale and in phylogenetic order, among with their closest known relatives. Note the phylogenetic miniaturization, reduction of the drooping premaxilla and loss of the antorbital fenestra after the TM 201 specimen of Chasmatosaurus. Click to enlarge.

The clade of terrestrial younginiformes,
and all of the Youngina specimens need to be reexamined as they have not been studied thoroughly as a group since Gow 1975, which predates cladistic analysis using software. Once you have an outgroup taxon for the Archosauriformes (Fig. 6), then you have a good idea where to look for the origin of the antorbital fenestra, a subject missed by Witmer 1997. The AMNH 5661 holotype of Youngina may also have had an antorbital fenestra, but the skull has several damaged areas, that one among them.

Figure 4. Youngina BPI 375. Is this a nascent antorbital fenestra? Starting small is what new traits do at their genesis. 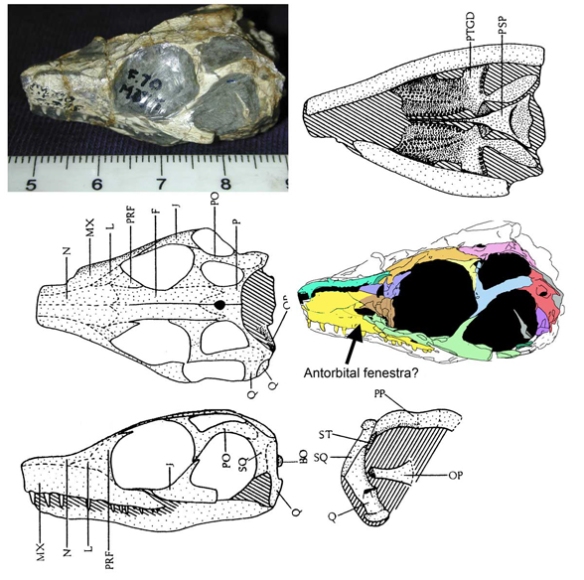 Figure 5. Youngina capensis? BPI 375 appears to have an antorbital fenestra. Gow 1975 used dotted lines to signal he was unsure of the sutures.

The BPI 375 specimen of Youngina likewise seems to have had a small antorbital fenestra. If so, then the lack of an antorbital fenestra in most prolacertids (protorosaurs) represents a secondary loss of this trait. Gow (1975) drew the area with a dotted line (Fig 5), but the a DGS tracing of the specimen appears to show several possible fenestra between bones, the antorbital fenestra most prominent among them.

In at least three lineage of archosauriformes,
the Choristodera, the Crocodylia, and derived Ornithischia, the antorbital fenestra disappeared. We’ll look at the choristodere sequence in a future blog post.

References
Gow CE 1975. The morphology and relationships of Youngina capensis Broom and Prolacerta broomi Parrington. Palaeontologia Africana, 18:89-131.
Olson EC and Broom R 1937. New genera and species of tetrapods from the Karroo Beds of South Africa. Journal of Paleontology 11(7):613-619.
Witmer LM 1997. The Evolution of the Antorbital Cavity of Archosaurs: A Study in Soft-Tissue Reconstruction in the Fossil Record with an Analysis of the Function of Pneumaticity. JVP 17(1 supp):1–76.