Updated February 24, 2015 with the addition of two basal snakes to the large reptile tree which united burrowing blind snakes with terrestrial sighted snakes. This is a major revision  and an embarrassing one, but one that depended on those two additions.

Yesterday we talked about snake origins going back to the Jurassic (Caldwell et al. 2015), closer to the base of the origin of all autarchoglossans, including geckos, skinks and varanids – instead of being derived from varanids, one of the many traditional hypotheses for snake origins. 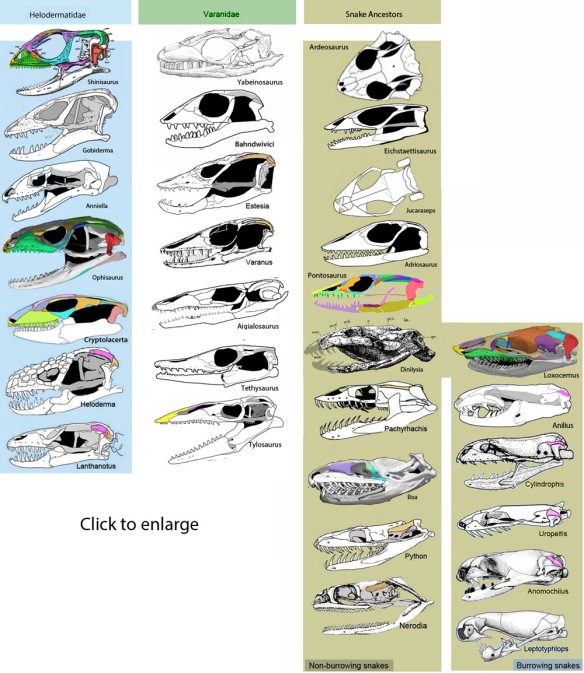 The origin of snakes alongside the origin of mosasaurs and the origin of Lanthanotus, all in phylogenetic order. Not to scale. Note the branching off of burrowing snakes. Click to enlarge.

Some interesting convergent traits here (like pterygoid fangs on mosasaurs and terrestrial snakes), even among this small list of taxa. With the Middle Jurassic appearance of snakes, basal pre-snake taxa like Ardeosaurus must have originated much earlier, in the Permian or Triassic.