First in 20 years!
Erpetonyx arsenaultorum is the first Carboniferous reptile to be described in nearly two decades.

It made the news!
From the CBC website: “A fossil of a lizard-like creature found by a boy on a Prince Edward Island beach is a new species and the only reptile in the world ever found from its time, 300 million years ago, a new study shows.”

Complete but crushed,
with a disarticulated skull and extremities, this protodiapsid was considered a bolosaurid by Modesto et al, likely because it nests very close to Eudibamus, a basal diapsid they consider to be a bolosaurid. We looked at Eudibamus earlier here.

One mistake makes the next mistake easier to make.
Bolosaurids are turtle and pareiasaur sisters with crushing teeth. Note the long, narrow teeth of Erpetonyx (Fig. 1) more closely resemble those of Milleropsis (Fig. 2). This is an on-going issue.

Parareptile?
Modesto et al. also support the paraphyletic clade Parareptilia and list Erpetonyx among them (Fig. 1). According to Modesto, et al., parareptilia (Fig. 1) is a clade nesting between Synapsida and Eureptilia (all the rest of the Amniota). 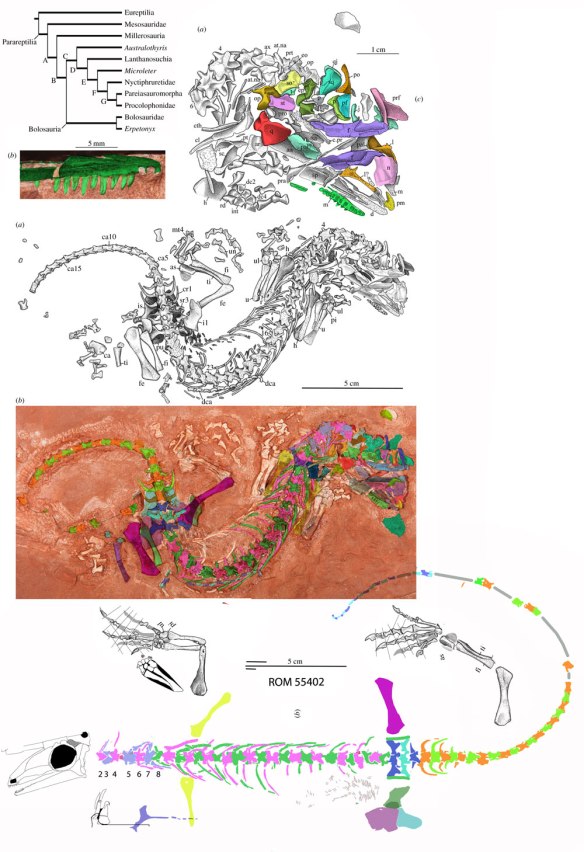 Figure 1. Click to enlarge. When you put the hands and feet and skull back together, you find Erpetonyx nests close to Eudibamus, but closer to Milleropsis.

Figure 1. Milleropsis, a largely forgotten taxon that displays possible bipedal traits at the base of the Diapsida. Note the long stiff tail without chevrons, as in Erpetonyx.

The carpus of Erpetonyx
is distinctive and quite similar to that of Broomia (Fig. 3). The original diagnosis of Erpetonyx makes note of the carpus. From the text: “A small, basal parareptile that possesses 29 pre sacral vertebrae (viz. five cervicals and 24 dorsals), relatively small carpal bones (the radiale and the pisiform are ca one-half the size of the ulnare and the fifth distal carpal, respectively), a femoral distal end with an epicondylar axis at 45º to the shaft, a fourth metatarsal with a relatively broad distal end, and well-developed unguals with prominent flexor tubercles.”

Figure 3. Broomia. Another long-recognized sister to Milleropsis, an early possible biped close to Erpetonyx. Note the similarities in the carpus and tarsus.

Bolosauria
The authors resurrect the name Bolosauria, which was erected as an ordinal name by Kuhn to contain the family Bolosauridae Cope, 1878, and define it as a branch-based group: Bolosaurus striatus Cope, 1878 and all species related more closely to it than to Procolophon trigoniceps Owen, 1876. Unfortunately the last common ancestor of these two taxa in the large reptile tree is Saurorictus and Erpetonyx does not nest in this clade. The authors did not provide reconstructions.

Figure 6. Detail of skull tracings and reconstruction of Erpetonyx skull. The new data nests Erpetonyx closer to Milleropsis. The prefrontal is broken up. The original frontal is now a lacrimal.