Fantastic new fossils
of a head-first live birth in a very basal ichthyosaur, Chaohusaurus (Figs. 1, 2) inspired Motani et al. (2014) to conclude that viviparity in ichthyosaurs (and tetrapods in general, since ichthyosaurs were the last hold out) evolved first on land. They concluded in their abstract, “Therefore, obligate marine amniotes appear to have evolved almost exclusively from viviparous land ancestors. Viviparous land reptiles most likely appeared much earlier than currently thought, at least as early as the recovery phase from the end-Permian mass extinction.” Tail first viviparity is a derived condition in marine reptiles and mammals. 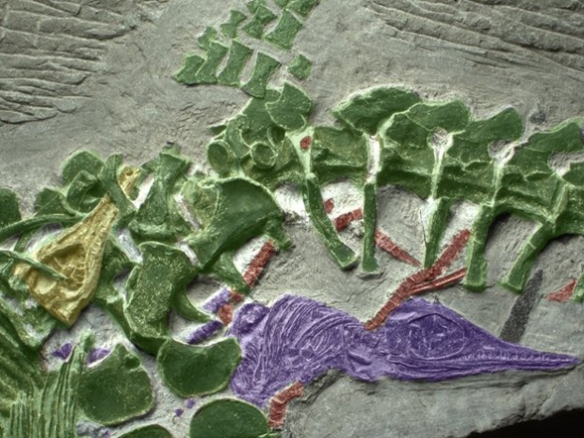 Figure 1. Chaohusaurus embryo at the head-first moment of birth from Motani et al. 2014. Nice use of digital coloring by them for clarity, even in a perfect fossil like this.

Embryo vertebral curling is an issue
Motani et al. report, “The embryos of the sauropterygian Keichousaurus are preserved with their skulls pointing caudally without a clear sign of vertebral curling [7], as in Chaohusaurus. This condition strongly indicates a terrestrial origin of viviparity in Sauropterygia.” and “The presence of curled-up embryos in other Triassic sauropterygians, such as Neusticosaurus and Lariosarus, suggests that the reproductive strategy of these amphibious  marine reptiles may have been variable.” and  “Embryos of the mosasauroid Carsosaurus are preserved curled-up, with their heads inclined cranially. Their tails are positioned more cranially than their respective skulls, making tail-first birth unlikely. They may have been born curled-up, as in some extant lizards that give birth on land.” and  “Hyphalosaurus from the Cretaceous of China is another example of viviparous aquatic reptile, although it lived in freshwater. A case is known where two terminal embryos within the maternal body cavity were straightened while the others still remained curled, most likely in their egg sacs.” 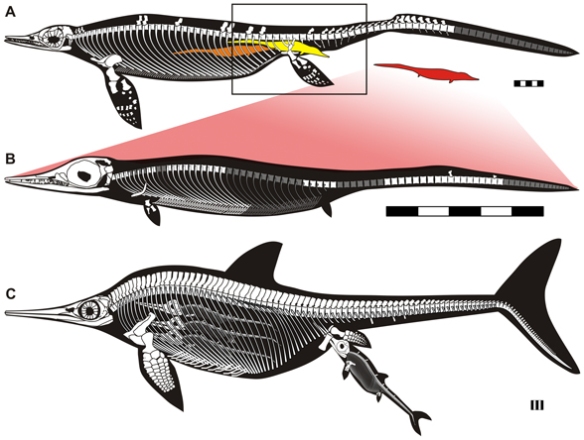 Earlier
Piñeiro et al. (2012)  found curled mesosaur embryos in and out of the body. The large reptile tree found mesosaurs and ichthyosaurs to be closely related and also related to the sauropterygians listed above. So this is about as far back as viviparity originated in that lineage. So Montani et al. (2014) were right. They just needed to know about mesosaurs to  put the cherry on top. Look for viviparity in Wumengosaurus some day.