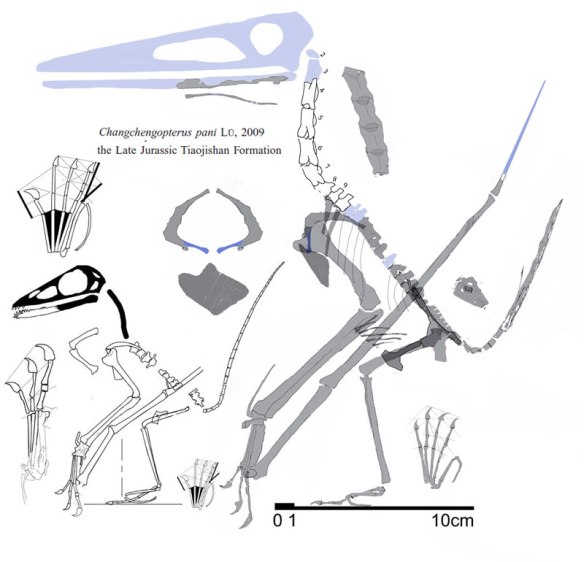 Figure 1. Left: the holotype of Changchengopterus. Right: The larger referred specimen that does not nest with Changchengopterus. The similarities are uncanny, but phylogenetic analysis broadly separates these two despite the missing skulls. At first I thought we had a juvenile and adult, but analysis removed that possibility.

A new headless pterosaur referred to Changchengopterus and compared to wukongopterids was published a few years ago (Zhou and Schoch 2011, Fig. 1). Soft tissue was preserved in abundance (Fig.2). 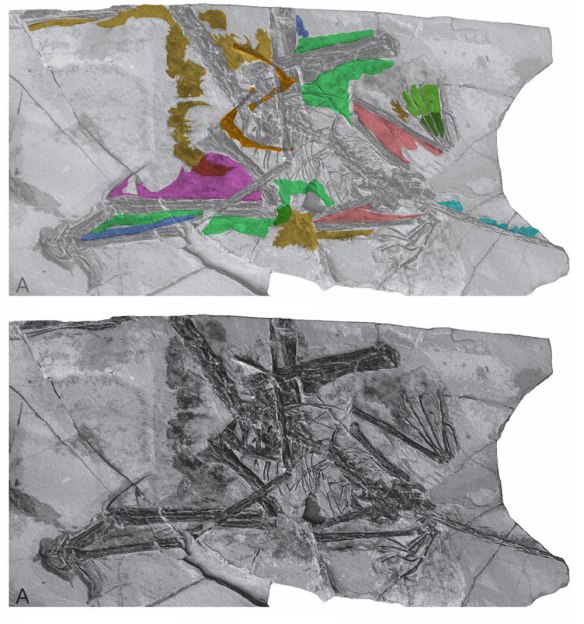 Figure 2. Click to enlarge. PMOL specimen referred to Changchengopterus. Soft tissue colorized. Note the multiple vanes along the length of the tail, as in Pterorhynchus.

When I ran the new Changchenopterus in the large pterosaur tree it nested not with the old Changchengopterus, but between Pterorhynchus and the wukongopterids (Fig. 2). 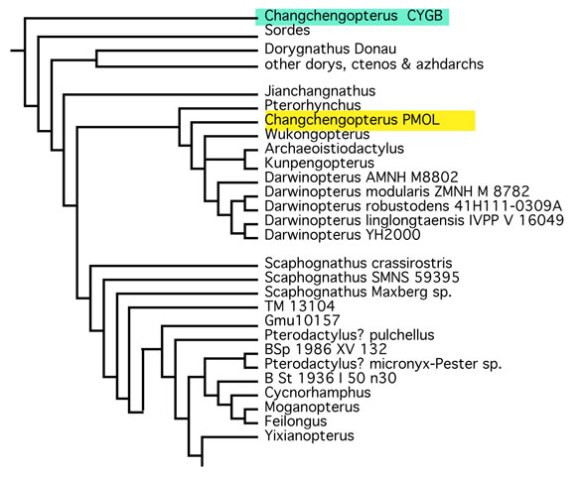 Zhou and Schoch (2011) reported on the many similarities to the wukongopterids and the PMOL specimen comes from the same Late Jurassic locality and formation.

Slight change to the pelvis
One small change from the original interpretation is presented below with regard to the length of the prepubis and the splitting of the ventral pelvis (Fig. 4). Sister taxa do not have a fused pubis/ischium and neither does the PMOL specimen. Nevertheless, it’s easy to see how, with all the other broken bones, the original interpretation was made.

DGS again
This is an example of DGS enhanced by using phylogenetic analysis (which is part of the process). When you find autapomorphies in your analysis, go back to the data to see if it can be interpreted along the lines of sister taxa. If so, it is probably so.

Because analysis uses so many traits to nest taxa the few mistakes one makes in interpretation should not greatly affect the recovered tree. Loss of resolution typically means a mistake was made. Fix the mistakes and the resolution will typically improve.