Tradtional paleontologists consider the Diapsida to be a monophyletic clade. That is not so, according to the results of the large reptile tree. Those on the lepidosauromorph branch developed a diapsid skull independently and distinctly differently than did those on the archosauromorph branch, which we’ll cover tomorrow.

Today the origin and evolution of the lepidosauromorph diapsid skull (Fig.1) is presented. 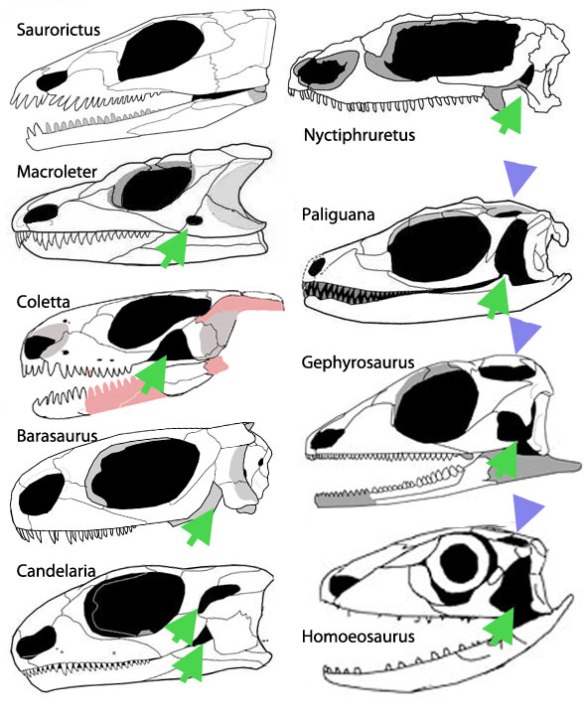 Lepidosauromorph cheek and temple architectural patterns are distinct from those in the new Archosauromorpha, as we’ll see tomorrow. These two clades share no common ancestor with a diapsid skull architecture, which is a heretical departure from the traditional paradigm.