Scelidosaurus nests next to Daemonosaurus as the most basal ornithischian in the large reptile tree. It’s obviously quite a bit more derived than Daemonosaurus with those plant-eating teeth and tiny antorbital fenestra (Fig. 1). Probably more bulky, too (Fig. 2).  But no other taxon in the large reptile tree (338 taxa) is closer with the exceptions of Heterodontosaurus (Fig. 2) and Hexinlusaurus.

This is one of the dinosaurs I rescored a few weeks ago. I was under the impression that it had a longer rostrum. I’d like to see some papers on this. 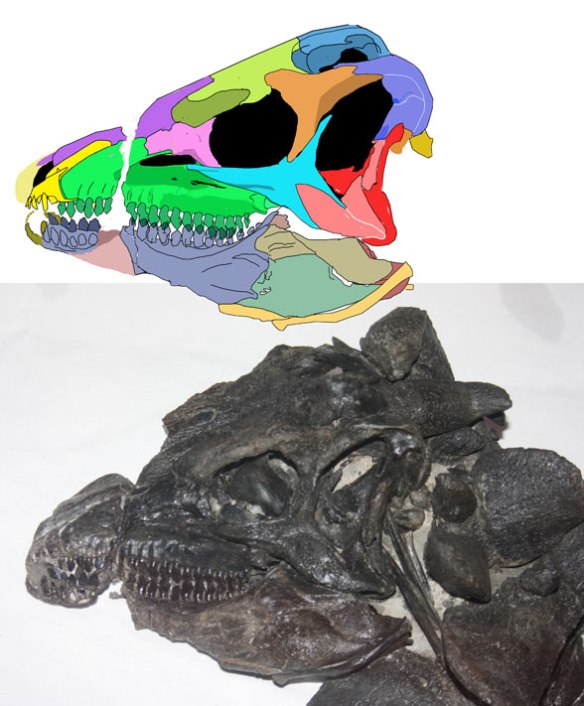 Figure 1. Scelidosaurus in situ with bones traced and colorized. The naris is not clear. Only the left half of the dorsal skull has been traced. No palpebral? This skull is somewhat distorted, taken with a wide-angle lens.

A shorter skull gives Scelidosaurus something of a new look.

Figure 2. Basal ornithischia and Pampadroameus, a sister to their common ancestor. Daemonosaurus likely resembled Pampadromaeus, with its long neck.

So, the origin of the Ornithischia remains in that gray unknown area represented by the unknown postcrania of Daemonosaurus. Scelidosaurus and Heterodontosaurus have the basic ornithischian pelvis. Pampadromaeus probably doesn’t since it is also basal to sauropods. Daemonosaurus is apparently where the magic transformation takes place in the pelvis. 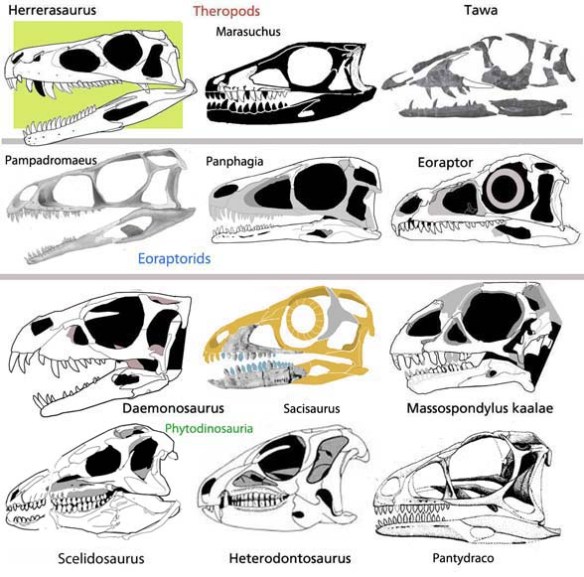 Figure 3. Daemonosaurus and kin. Here a selection of basal dinosaurs is divided into clades. Yet, note the resemblances. These taxa are not too far from one another.

Addendum
Mike Hanson has kindly sent a less distorted side view skull. Here it is (Figure addendum). Thank you, Mike.This is to demonstrate that I make mistakes (this one more or less on purpose to encourage the reception of better data, see above) and that I correct them once revealed, as I have done before. Even with the distortion adjustment, the skull is still shorter and smaller in the rostrum than the data I had before. All I want is the best data. Again, thank you, Mike. Keep it coming. 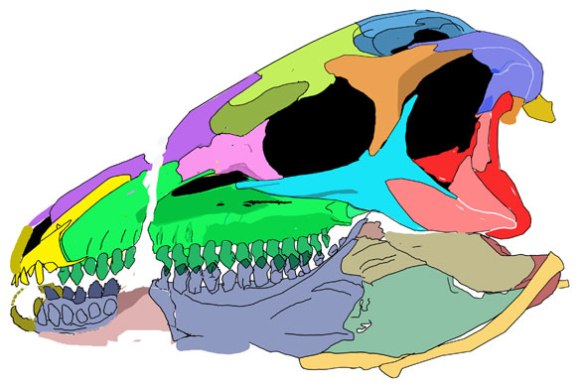 5 thoughts on “A shorter Scelidosaurus skull”