Earlier here, here and here we looked at various problems with Mark Witton’s new book, entitled Pterosaurs. The basic problem is he doesn’t test past hypotheses with phylogenetic analysis and accurate reconstructions. He merely accepts the literature (make that most of the literature).

Allometric growth in pterosaurs is false
In many vertebrates the hatchlings and juveniles have different proportions than the adults. We see this allometric growth in birds, humans and ichthyosaurs among many others. However, this is not a universal trait. We don’t see it in pterosaurs, despite Witton’s illustration of it (Fig. 1). Earlier we talked about pterosaur growth, fusion patterns and pterosaur embryos. 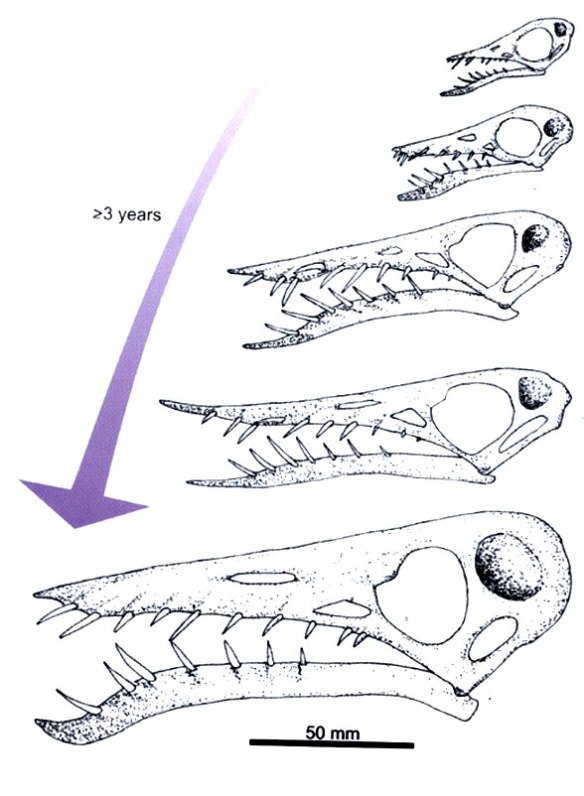 Figure 1. Rhamphorhynchus growth according to Witton, Bennett and Wellnhofer. This is not based on phylogenetic analysis, but the assumption was made that all these are conspecific. “Little” in this case, does not necessarily mean “young” but these workers assumed that it did.

Here’s an illustration taken from Witton (2013) that was essentially copied from Wellnhofer (1991) in which Witton shows that small Rhamphorhynchus changed as they grew into adults, following the hypothesis of Bennett (1995). Unfortunately there’s little to no critical thinking here. This could be, and is, closer to a phylogenetic series. Compare these illustrations with the more precise, complete  and ordered Rhamphorhynchus illustrations (Fig. 2-3) and note those scale bars.

Isometric growth in pterosaurs is based on evidence
Some clades experience isometric growth in which hatchlings and juveniles greatly resemble their full-grown counterparts. Pterosaurs and their ancestors going back at least to the basal lepidosaur, Huehuecuetzpalli (Reynoso 1998), are among those, as determined by embryos (like Pterodaustro) and juveniles (like Zhejiangopterus) that greatly resemble their larger adult counterparts. Hatchling pterosaurs don’t have a large orbit and a short rostrum (unless their parents share those traits!). So, what we have below (Figs. 2, 3) are adult pterosaurs, no matter their size. And if they are anything younger than adult, that’s okay. Juveniles were virtually identical to adults.

Figure 2. The evolution of Rhamphorhynchus part 1. Here, starting with Campylognathoides (the Pittsburgh specimen) this lineage experiences a size reduction down to Bellubrunus, then the rostrum elongates and the size increases to the giant of the Rhamphorhynchus clade, no. 81. The details are important! Even the pedal proportions change.

In the above series representing the first half of Rhamphorhynchus evolution we can see the derivation from Campylognathoides, the reduction of the rostrum as the adults became smaller and smaller, followed by the elongation of the rostrum in more derived forms.

The largest Rhamphorhynchus (Iowest image in Fig. 2) does not represent the end of the line. The second half of this clade is shown below as refinements in smaller species continue (see Fig. 3).

Figure 3. Rhamphorhynchus evolution. part 2. Following the giant no. 81, these rhamphs were all about half of its size yet display derived traits leading to the last of this clade, no. 52. The details are important!

See what problems you can get into?
By not even testing tiny pterosaurs and by not even testing several Rhamphorhynchus specimens in phylogenetic analysis, Witton (2013) has assumed a growth series based on size alone. This is wrong, according to a phylogenetic analysis (Fig.s 2, 3) that demonstrates several times the pattern of pterosaurs shrinking in size at the bases of several new clades before their descendants later increased in size as adults. Tiny pterosaurs have been unfairly maligned and ignored as juveniles when they need to be included in analyses in order to see the complete picture of pterosaur evolution.

Earlier we looked at the variation in the feet of Rhamphorhynchus species that help determine these are not growth series examples. You can see several examples here (Figs 2-3).

I haven’t seen any small Rhamphorhynchus specimens that resemble or nest with larger ones. That suggests juvenile specimens survived in different environments and did not fossilize along with the others in the Solnhofen basins.

Red Flag went unnoticed
In Witton (2013, figure 13.3) the caption reads, “C. large adult stage. The last stage is particularly rare, being represented by only two specimens.” Out of hundreds of specimens, only two are adults? That’s a red flag. Where is the critical thinking? Where is the phylogenetic analysis? Where are the detailed reconstructions based on precise tracings?

If an amateur can figure this out, why can’t a professional? Take Witton’s pterosaurs as traditional thinking that is currently under revision. Large parts of it do not represent the best current evidence.