Tradition holds that anurognathid pterosaurs had a very short tail, even a pygostyle, like that of a bird. Sure the individual bones are shorter and some become almost bead-like. Sometimes they’re very hard to see unless you spend time looking for them. They’re almost always articulated, but often preserved in a random swirl, like a beaded necklace dropped on a bed. Here are some data.

FIgure 1. The tail of Jeholopterus in situ.

All anurognathid tails are gracile vestiges of once mighty robust tails, like the one attributed to Dimorphodon.

Figure 2. Click to enlarge. Tracing of Jeholopterus using DGS. Dorsal view of Jeholopterus based on the tracing. The tail is not particularly short when stretched to its full length, despite the reduced length of the individual caudals. The red ellipse represents a hypothetical egg shape. The abdomen was not so wide as shown here. The ribs would have had a ventral component and direction, which they do not have here. Note the right angle femoral head, ideal for parasagittal locomotion, like a dinosaur. Note the wing membrane shape, just like other pterosaurs, narrow at the elbow, able to be folded up virtually completely.

Jeholopterus in dorsal view
When a fossil preserves so much soft tissue, as Jeholopterus does, sometimes bones are hidden beneath soft tissue. This is the case with the palatal elements, which have been sloughed off to the left, beneath neck fibers. The windpipe (trachea) followed them.

The tail
Due to its many tiny elements and lack of stiffening elements, the caudal series of Jeholopterus would have been very flexible. Earlier we looked at the intraspecific communications possibilities in stiff pterosaur tails tipped with a large vane. A large vaned tail vane could also have been used like arrow fletching, keeping the tail in line with the flight path. A small, flexible beaded tail would not have had the mass to greatly affect the flight path of the anurognathid and did not sport a large vane. Keeping the tail off the ground, perhaps in a graceful curl, or weaving it like a fly-fishing line was likely selected for, perhaps as a secondary sexual trait. It seems unlikely that the tail hung limp.

The femur was held parasagittally.
Note the right angle femoral head. This would have produced a dinosaur-like configuration while walking and would have limited horizontal extension while flying, creating, at best, an inverted V-tail, like that of a Predator drone. 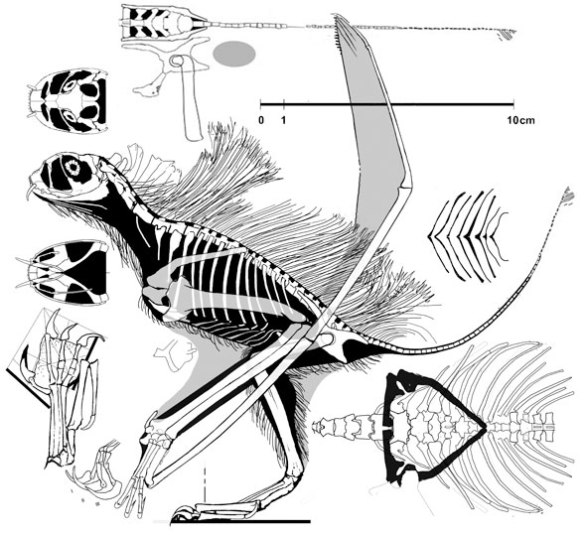 Figure 1. Jeholopterus in lateral view. This image supersedes others in having the coracoids extending laterally and other minor modifications. The long hair (shown at a minimum here) goes beyond insulation, unless it also insulated Jeholopterus from biting insects.

Different than other anurognathids
Jeholopterus has a relatively smaller head and more robust body than other anurognathids. The robust palate is uniquely designed to distribute force lines from the two front puncturing teeth back to the sides and rear of the otherwise very fragile skull. The claws are sharper, longer and more curved. The sternal complex is much smaller. The tail is longer. Metatarsal 5 is longer. So is pedal digit 5. Clearly this anurognathid is distinct from the others.

Earlier we talked about the strong possibility that it was a feeder on the same blood and wounds on dinosaur hide that insects were attracted to. As a blood-lapper, Jeholopterus would be classified as a vampire.

The modified reconstruction includes a laterally oriented coracoid, lowering the shoulder glenoid. This would direct the pectoralis muscles to pull directly medially, helping lodge the surgically curved claws medially when stepping onto dino skin for a bite.