Ran across Darren Naish’s 2006 blog and it reminded me that (despite the 2006 date) there are still some pterosaur workers who refuse to face the facts that 1) pterosaurs had a narrow chord wing stretched between the wing tip and elbow (or just aft with a minor fuselage fillet extending to mid thigh); and that 2) some pterosaurs became disarticulated during taphonomy giving the impression of a deep chord wing when it was only displaced. Naish’s blog was echoed in print by Elgin et al. (2011) and continues on the web by the sadly misguided folks at Pterosaur.net. Then there’s the upcoming book by Mark Witton (2013) which will have some great artwork, but will continue promoting bad morphology and misbehavior steeped in tradition and lacking in evidence.

The Naish 2006 blog opens with an image of SMNK PAL 3830, the famous germanodactylid/dsungaripterid (not azhdarchid) with the enormous curved claws (Fig. 1). In Naish’s blog his arrow identifies the big orange mass of soft tissue near the ankle as a “brachiopatagium,” the deep part of the wing chord, as it “grades smoothly into ankle.”

> Such thinking among professionals drives amateurs to produce blogs. <

Figure 1. SMNK PAL 3830, the famous giant-clawed partial pterosaur. Note the extent of the soft tissue. Phylogenetic analysis of the this specimen nests it not with azhdarchids but with germanodactylids grading into dsungaripterids. Below in color are interpretations of the various membranes present. Blue and green belong to a displace wing membrane, detached from its spar, the forelimb bones. Pink belongs to the uropatagium, still more or less attached  to the hind limb.

Naish’s hopeful image was cropped from what you see above. The cropping deleted the continuation of the “brachiopatagium” on the other side of the leg as you see here (Fig. 1). It is also hopeful that in such a partial and large specimen disarticulated at least between the major joint linking the wing finger to the wing metacarpal, that the fragile membrane purportedly extending between wingtip and ankle would remain intact. Moreover, note the very narrow strip of tissue. There’s no broad expanse here!!! A closer examination and mapping of all the soft tissue on the slab is prescribed for this fossil (Fig. 1), not a simple arrow and caption.

Naish’s other “examples” include the “darkwing” Rhamphorhynchus, which we restored here without a deep chord. The wing very distinctly extends exactly to the elbow. That’s impossible to miss — and yet, they miss it!

Figure 2. MCSNB 8950 colorized wings and uropatagia on the insitu fossil.

A specimen falsely attributed to Eudimorphodon (MCSN 8950, it’s actually a basal anurognathid). The purported brachiopatagium is just the wing membrane (Fig. 2) as you’ll see it extend continuously on both sides of the tibia.

Sordes pilosus, which we looked at here. The left wing was detached and had drifted posteriorly. The right wing is intact and stretches between elbow and wing tip as in other pterosaurs.

Figure 3. The Vienna Pterodactylus. Click to animate. Wing membranes in situ (when folded) then animated to extend them. There is no shrinkage here or in ANY pterosaur wing membrane. There is only an “explanation” to avoid dealing with the hard evidence here and elsewhere.

Naish artfully avoids discussing the Pterodactylus specimen that preserves the wings in pristine and undisplaced condition (Fig. 3). We looked at the Vienna specimen here and here.

Naish (2006) and Elgin et al. (2011) also dodge the Zittel wing (Fig. 4) because it is torn from the body. Note there is no deep chord here! Is it better to throw out such evidence? Or embrace it and enhance it by simply adding a body and seeing where the parts go?

Figure 4 The Zittel wing from a species of Rhamphorhynchus. 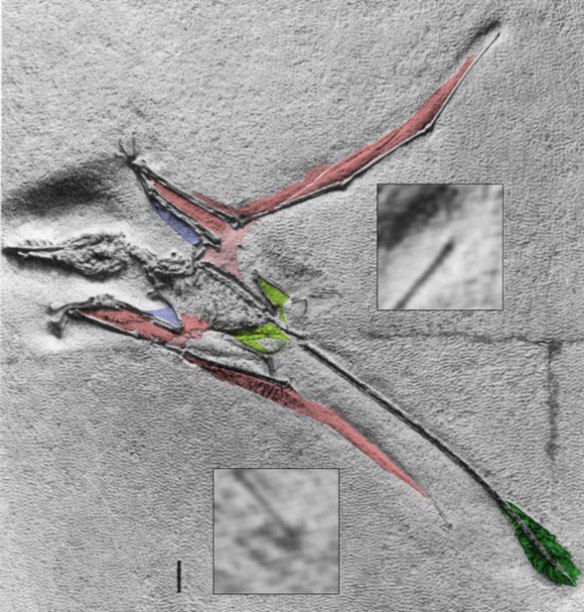 Figure 5. Rhamphorhynchus sp. BSP 1938 I 503a, No. 11 in Wellnhofer 1975 with wing membrane preservation. Here the wings are twisted such that the membrane is anterior to the digit. Even so, there is no deep chord aft of the elbows directed toward the ankles.

ADDENDUM:
In Peters 2002 I added a body to the Zittel wing to show that there really is no way the preserved membranes could accommodate a tibial or ankle connection. I add this here Figure X) several days after the original publication for the benefit of Darren Naish, who insists the evidence is ambiguous. 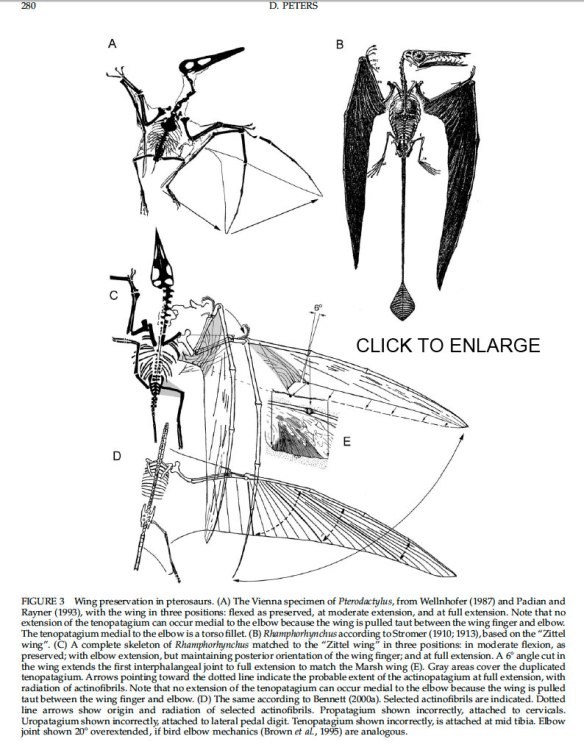 Figure X. Click to enlarge. The Vienna wing and the Zittel wing. Both Zittel and Peters added a body to the Zittel wing and arrived at the same unambiguous conclusion. The caption within the figure provides details.

Here’s a plea to all pterosaur workers:
Please, when you say you have evidence to support a deep chord wing membrane, map it out. Show the details (not cartoons, arrows and captions). Consider the alternatives and dismiss them with evidence, if you can. Don’t reject the best evidence. Present it and knock it down, if you can. Don’t excuse the best evidence with made-up hopeful hypotheses of shrinkage. There’s no shrinkage elsewhere and there’s nothing to shrink in these fiber-filled membranes. Don’t be afraid to step forward and leave your friends behind. I know they’ll be reviewing your papers. Stick with the evidence. In the long run you will be vindicated.

And IF I EVER find evidence for a deep chord wing membrane, you’ll hear about it first with trumpets blaring.

I say this now because the biggest books on pterosaurs, (Wellnhofer 1991, Unwin 2005) include a false deep chord morphology and the upcoming book by Witton (2013) will have the same error. This is unscientific and needs to be corrected.

Figure 6. Click to enlarge. Problems with the Elgin, Hone and Frey (2011) pterosaur wing model with corrections proposed by Peters (2002).

4 thoughts on “The Zittel Wing: Evidence vs. the Power of the Paradigm”