Sometimes we miss the big picture.
Here then, for your approval and disapproval are comparisons between closest kin found by the Nesbitt (2011) tree versus those found by the large reptile tree. Over the last few days we looked at problems with Mesosuchus, Vancleavea, Euparkeria and Parasuchus.

You knew this was coming!
Today we’ll look at Nesbitt’s odd nesting of pterosaurs in this clade. 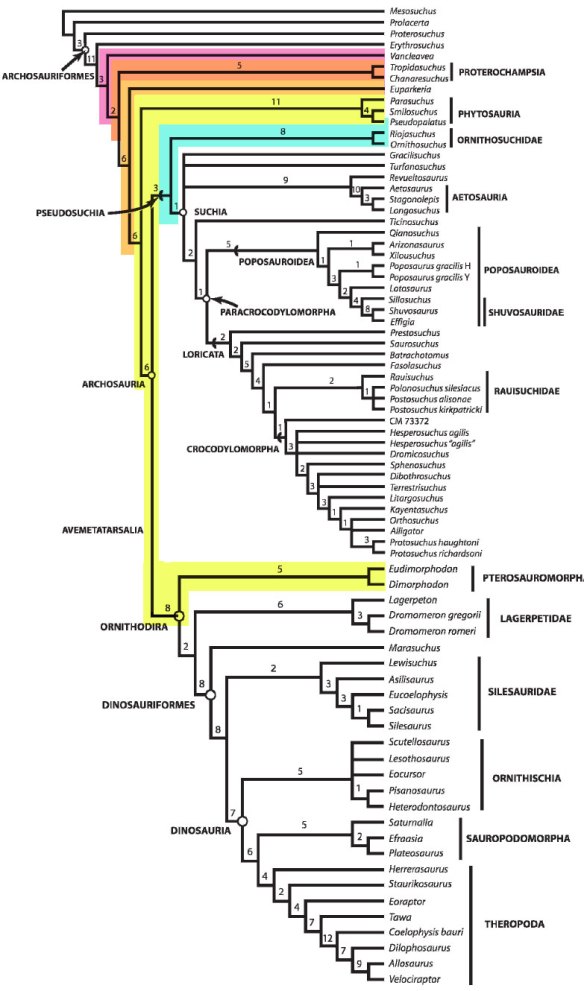 Figure 1. The nesting of pterosaurs in Nesbitt (2011), the current “Gold Standard” for the nesting of archosaurs and their relatives. Unfortunately, pterosaurs don’t belong here, as can quickly be seen by side-by-side comparisons.

Figure 2. The phytosaur, Parasuchus, surrounded by putative sisters according to Nesbitt 2011. Euparkeria was more primitive. Eudimorphodon and Ornithosuchus were more derived. Does anyone else see a problem here?? Why was this result NOT widely criticized?

Pterosaur kin according to the Large Reptile Tree
The large reptile tree found Huehuecuetzpalli, Cosesaurus and Longisquama (Fig. 3) to be successively closer to pterosaurs because they share an increasing number of pterosaurian traits.

One look at these results brings immediate understanding that there’s something wrong in the Nesbitt (2011) matrix that produces such strange bedfellows and no indication of a gradual accumulation of character traits. Pterosaurs and their origins have been covered perhaps more than any other subject here and at reptileevolution.com, for those who want more details.